Rise & Fall is a name that means quite a bit to me. Not only as the new, fantastic, expansion to Sid Meier's Civilization VI. Also as one of the most underrated strategy games ever, Rise and Fall: Civilizations at War. At least that's my personal thoughts on it. But this isn't about a strategy game released twelve years ago, this is about the first expansion to my top game of 2016.

Game expansions are traditionally about expanding a game, as the name suggests. This could be through adding a new campaign, new levels or even just new characters and races. Civilization has tended to buck this trend, at least to an extent. Its expansions are more akin to refining an experience while also adding some new content. Civilization VI: Rise and Fall continues this trend and somehow expands on what was the most complete Civilization launch in history.

Rise and Fall has followed normal rules of adding new civilizations with their respective buildings, wonders and units. To be precise, there are eight new civilizations. These include but aren't limited to the Dutch, Korean, Cree, Zulu and my personal favorite, the Scottish. As with every faction, each of these come with their own unique abilities, buildings and units. In addition to these are a number of new buildings, districts and wonders.

One of my only real complaints with Civilization VI at launch was the poor AI, which extended to diplomacy. Rise and Fall has addressed the issues of diplomacy to a decent extent. There has been a large expansion on the deals you can make with other civilizations. Alliances can now be made based on more than mutual self-defense, such as economic alliances.

Another new diplomatic feature is the inclusion of emergencies. Emergencies are, as the name should give away, events that are brought about as of exceptional circumstances. These seem to vary from game to game, based on the political climate of the time. They can trigger from something as small as the capture of a city-state, to the use of a nuclear weapon. These will let other civilizations band together to face off against the cause of the emergency.

The problem with this is that Rise and Fall hasn't exactly improved on the AI. I've encountered the same issue as with the core game, where an AI will denounce me as being weak or even declare war on me. This is despite me being able to overwhelm them with ease. Other times factions will be at war and almost never actually have a conflict. I've seen cold war’s centuries long. Sadly this also applies to the emergencies. An AI will join in with the goal of an emergency - capture an enemy city - but then never actually pull their weight.

Creating a story has always been a core feature of Civilization. One of the more famous, possibly even the best known is The Eternal War in Civilization II. In addition to the emergency system, Rise and Fall's core new features seem to be all about storytelling. The foremost of this is the new Ages system. As always, as you advance and research certain technology, you move up through the eras. Rise and Fall brings forward a world era, which is predicated on the average level of all civilizations.

As the world moves into the next age you will find your civilization entering into either a Dark, Normal or Golden Age. Under special circumstances, you may even enter a Heroic Age. This is only achievable when you are currently in a Dark Age and gain enough era points to then enter a Golden Age. These points are gained through defining moments in your civilization's history, with importance changing as the world progresses. For example, meeting a tribe is a big thing at the start of the game but rapidly loses significance.

Moving into a Dark Age may seem like a terrible thing by all accounts. Naturally, it does have its downsides. Loyalty - more on this later - is reduced to just 0.5 per person. This can make holding onto cities very difficult. However, some of the specific Dark Age governmental policies you can enact are extremely powerful. Of course, one of the major benefits of the Dark Age is if you are able to come out of it into a Golden Age, actually putting you into the aforementioned Heroic Age. These offer larger bonuses and also allow you to make more than one dedication. Dedications allow you to earn points by performing specific tasks, such as building districts, building wonders or even finding natural wonders.

It's a great feature that enhances the story of your civilization when compared to the rest of the world. It also makes for a balancer in a game. Should you focus too much on one area, such as research, you will likely find your first golden age is easy. However, you'll find the rewards more difficult to come by in the next age. While it is forcing your hand, at least to an extent, it makes for a more intriguing game. Another neat little feature is that you can actually view a visual representation of the key moments in your nation’s history.

As for loyalty, this is one of the more interesting and difficult to manage features in Rise and Fall. Cities have always exhorted an influence in previous Civilization games. This could be for happiness, religious purposes or just for capturing new territory. It's been taken to a whole new level with the loyalty system.

Never have borders and positioning been so vital. Land grabbing was always a fairly viable tactic in early games of other Civ releases. You were able to block off enemy advancements and leave yourself a lot of room to grow into. Now, it's much more difficult. Expand onto another continent and you can see the loyalty of your city slowly drain away due to other bordering cities. As loyalty lowers in a city, for whatever reason, it could result in a brand new free city emerging from the aftermath of a successful revolt, or one simply switching allegiances to another civilization.

This can, fortunately, be countered to a reasonable extent by the inclusion of governors. There are eight governors in total, each offering a fairly unique ability. Have a city on the border of a long-time rival that frequently sees military action? Victor's your man. Pingala is the go-to guy for anything science and developmental. He is, after all, 'The Educator'. As you progress through the game you'll earn governor points that allow you to unlock the governors but also unlock extra abilities for the ones already in position.

Governors add a whole new layer to the strategic thinking that you already have to make with cities. The limited quantity of governors and the unique abilities of each of them let you further specialize a city, but also help you retain cities at risk of losing loyalty. Why? Because that's also one of a governors core features. Placing them in charge of a particular city increases its loyalty a huge amount. A governor being in place can literally save your first colony on another continent, countering the discontent that comes from being such a distance from your homeland.

Rise and Fall is one of the more compelling Civilization expansions there's been. Civilization VI was already revolutionary in the changes it made from the series. Rise and Fall extends this and also solidifies it. The new features don't completely change how you think about and play the game as expansions in other games have, they add layers onto an already complex game and make long-term strategy more important than ever before.

Can you afford to settle on a new continent just yet? How exactly are you going to counter the influence of a larger, nearby neighbor? How will you rebalance your civilization, recently plummeting into a dark age due to a lack of focus placed on economics and science? The story of your civilization and its survival will depend on how you answer these questions.

Is Civilization VI: Rise and Fall the best Civilization expansion? Not quite. It can almost seem small, due to how interlinked the new features are with the old. It is still a great one. Rise and Fall accentuates and adds to every feature of the core game. It balances the game out, emphasises long-term strategy and also lets you tell a story in a way the series has never allowed before.

PC version reviewed (copy provided by the publisher). You may purchase the DLC on Fanatical. 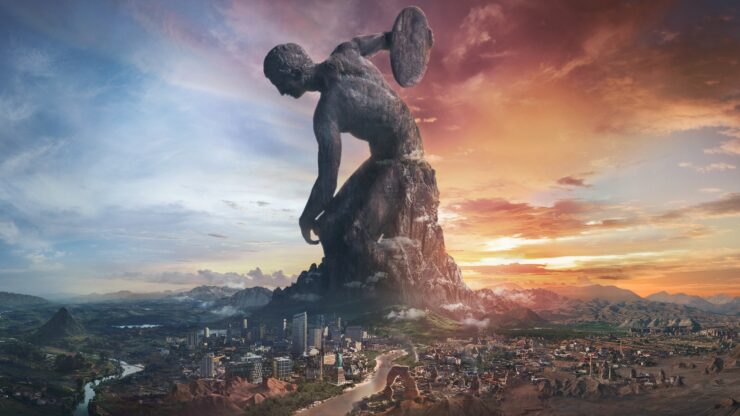 Rise and Fall is an expansion about strategy, storytelling and is an absolute dream for anybody a fan of long-termism. While it may not initially seem as large or expansive as other expansions in the series history, there's a pervasive nature of all the new additions. These impact and influence everything else within the game. While there is a level of balance forced on players with the new Ages system, it allows for the telling of a true development of your civilization from start to end and keeps things interesting even at later stages. More important is the inclusion of loyalty and governors, which increase the already strategic approach of cities in Civilization VI. Rise and Fall is all about keeping a game interesting and engaging from start to finish and it's hugely successful at that.