Chivalry, in theory, is a code of conduct and honor that knights and other mythic figures of European history would follow. Its existence lead to the belief in noble knights that would protect the innocent, fight dragons, and generally do good. That was rarely the case, and Chivalry 2 has about as much honor as that metal-clad soldiers of the past did. And it is so much fun.

Chivalry 2 is a multiplayer brawl game and successor to the unsurprisingly named Chivalry that came out nearly ten years ago. In Chivalry 2, two teams of up to 32 players duke it over on a series of wildly varied and imaginative medieval battlegrounds. On the surface, there is a story, but in practice, you won’t be paying any attention to when you’re rather be bonking people with hammers or removing one or more of their limbs.

Charging onto the battlefield, you get a real sense of the scale of the fight you’re gleefully participating in. It would be easy enough to recreate your favorite scene from Lord of the Rings, Game of Thrones, or any other sword-oriented battle show as two huge fights rush towards each other. And while that scale makes for a fantastic story in itself, the actual skirmishes and duels of player vs. player combat have even more to say.

The meat of Chivalry 2 is the combat, and it is a thick steak. After choosing between a polearm-bearing footman, axe-wielding vanguard, sword-swinging knight, or arrow launching archer, you’ll quickly find yourself facing off against another player. Each weapon has a suitably heavy weight to it with a slow wind up to each attack and a huge smash behind it, and you’ll have to pick between thrusting, swinging, or driving down attacks. Each has a distinct advantage and disadvantage, and skilled players will quickly learn when and where to deploy each attack. Likewise, blocking is done by anticipating which attack is coming and blocking in the correct direction.

Unlike other tactical melee brawlers like For Honor, the systems at play in Chivalry 2 are much more fluid and much better for it. While skilled knights will dominate the battlefield as they get to grips with the combat, awkward naves will be able to have almost as much fun just rushing in and button-mashing their way through their enemies. Positioning and numbers also play a huge part in the fight, so even the toughest enemies can be brought down if you get enough players to surround them.

As you play through the game, you’ll gain experience that unlocks new weapons which have different stats and strengths, as well as currency that can be spent to customize each class with an impressively wide variety of gear and costumes. But of all the options, there is one class that stands out above the others as a more frustrating aspect of this enjoyable reckless game. The archer obviously uses a bow, often at the back of the fight, but doesn’t add much to the game for the other players. Being killed by an arrow feels cheap, while being staggered by one when fighting in melee feels unfair. Most multiplayer games have some kind of sniper class which is always incredibly popular and often controversial. The archer in Chivalry 2 falls into that category, but the game's primary focus on melee makes it even more notable and annoying.

And that’s because melee combat is so much fun in this game. Winning or losing, there is frantic energy to the fights as you watch enemies and allies battle it out in the background to your battles, only to join you in the mud once they’re finished. Sometimes, a player loses a limb and keeps going. It’s an intense moment to remove a player's arm and still have to block their riposte. Archers counteract that fun, taking you out of the glorious mess and having no reasonably immediate counter.

There are a couple of others that can turn a session of Chivalry 2 from an exciting brawl to a frustrating stalemate, but none are as painful as an opposing archer with his crosshair on you.

Respawning in the game is for the most part fine. You have to wait a slightly random about of time once you die before you can start again and charge once more into the breach. But, that slightly random nature to it plus the chaotic combat means that sometimes you can be stuck in a loop where you’re dead more than your alive, or at least it feels that way. This is mostly just bad luck, but after getting shot by an archer a couple of times before you even get to join the fight, it’s harder to just shrug off.

Like annoying are sometimes the objectives. While some maps just want you to duke it out with the other team until someone runs out of respawn tickets, others are objective-based where an attacking team attempts to push through several stages of the level while the defending team tries to stop them. For the most part, these objectives are perfectly easy to understand for anyone who has played multiplayer games before. Stand near this siege tower to push it towards the wall. Murder this specific character. Hold this area. Break these barricades. But some are a little more confusing, like the ones where you have to grab a burning torch and set blaze something or other. It’s a very minor issue, but sometimes you just have no idea what you’re meant to be doing.

Luckily, the combat in Chivalry 2 makes up for such confusion easily, and you can simply focus on killing the other team if you don’t know what you’re supposed to be doing. It's fun, frantic, and only occasionally annoying, with enough depth to entice the experienced players and so much chaos for the more casual players to harass. Chivalry 2 builds upon a decade of innovation to create a new exciting entry in the online brawler that is sure to be as fondly played as the original beast. 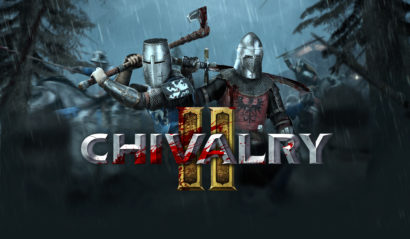 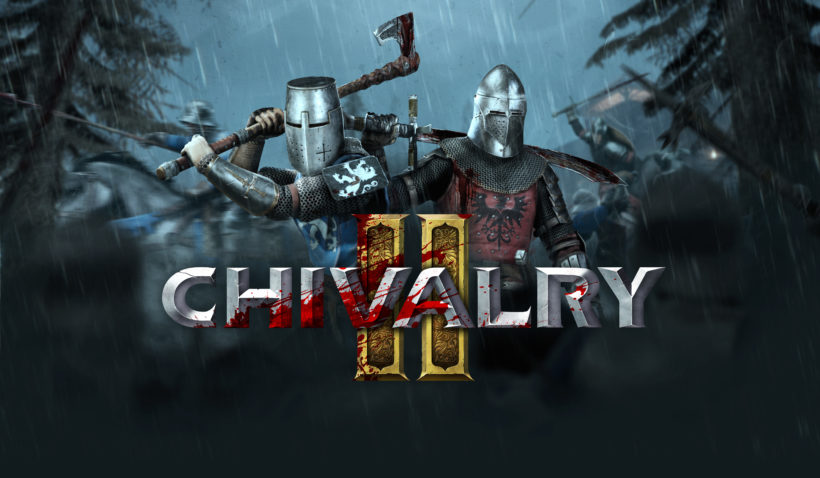 Chivalry 2 is a fantastic medieval multiplayer brawler created with care by the studio that first heralded the genre. Although there are a few missteps and issues here and there, you'll have an absolute blast playing whether you're a battle-hardened knight or a noob nave.