Call of the Sea

Out of the Blue

The problem with Lovecraft games is that any attempt to adapt his work is met with obstacles, like his abject racism, his often dour and naïve protagonist, and a generally dark world. Call of the Sea isn’t so much adapted as heavily inspired. Most importantly, it is vibrant, colourful, and altogether pleasurable to play.

Call of the Sea is not a horror game either, a common sticking point for Lovecraftian work. Instead, it is a puzzle game with a few hints of adventure and exploration. There’s no platforming here or even things like hidden collectibles, but the nameless pacific island you explore has several nooks and crannies with hidden glimpses of lore. You’ll never feel like Call of the Sea is a horror game though, despite the dark inspiration for the work: the world is too colourful, the music too peaceful to believe you are ever in danger. And the design of the game is phenomenal, with bright vistas and stunning level design that feel like you’re exploring the cover of an era-appropriate pulp magazine or comic book.

The central character, Norah, is about as naïve as any Lovecraftian fiction though. She’s searching for her missing husband, who travelled to this island to find a cure for her mysterious illness. Proximity to the island appears to be a balm to her though, so you don’t have to worry about being bedridden at any point, but she clearly hasn’t read Shadows Over Innsmouth or any of the countless parodies or retelling of it.

She also speaks like she’s starring in a radio play. It begins as nothing as unusual as an exposition dump but carries all the way through the game. Sometimes it feels like Call of the Sea doesn’t trust its play to understand what they are seeing. In certain instances, it pays to draw the player's attention to an event, but a lot of the time it is almost immersion-breaking the way she speaks to herself. Seeing the pit she has climbed into is slowly filling with water, she’ll say “Oh no, the pit I climbed down is slowly filling with water”. It is redundant but doesn’t actually take away from the game.

The puzzles on the other hand are rarely explained, in the best possible way. Call of the Sea is divided, for the most part, into several large areas filled with overlapping puzzles that eventually lead to an exit. These puzzles - at least to start with - appear Polynesian, but you don’t have to worry about Lovecraft’s racism creeping in at any point, with the culture and mythology presented in a way that doesn’t make it known that the author was absolutely terrified of them. You’ll rarely be told which puzzle to start with, or what solution you are looking for, so instead must pick your way through the dozens of clues and scattered pieces, experiment with the puzzles and begin to unravel the solution. Reaching the solution is incredibly satisfying as you fit the whole piece together without much assistance from the game, although sometimes it doesn’t work as intended.

One puzzle in the hollowed yet head of a giant statue had me completely stuck. I have no idea what the puzzle wanted me to do, let alone what the solution was, and stumbled upon the correct configuration entirely by accident. This puzzle (and few others too) doesn’t feel like the game is leaving you to solve it on your own, it feels poorly communicated. But these moments are few and far between, with more objectives easier to understand, and puzzles that feel solvable once you’ve understood their nature.

And like a lot of the puzzle games, some of the puzzles are slightly immersive breaking for another reason. Sometimes you’ll be asked to do things like lower the water level of a chamber so a path is revealed that Norah can walk across. This is despite the fact that she could have easily worked or paddled across but apparently just doesn’t want to get wet. Again, it doesn’t detract from the game, and for the most part you won’t notice until you think about it, but it’s a shame the puzzles couldn’t all carry the higher stakes that the best amongst them managed.

A lot of the clues you’ll find to help you solve the puzzle come from your husband's lost expedition. You’ll find notes and research, gadgets and photos that help you understand what they tried to do to overcome the challenge. They also give you some insight into the characters and relationships of the group. I was fairly ruthless in my search of their lost campsites, but I felt the game could have done more to flesh out the characters that weren’t your husband. Norah’s relationship with her husband is well established by the end and gives an impressive emotional impact when his fate is revealed, but other characters are somewhat lacking. You get the sense that Frank is a nice guy, and Roy is not, but that’s about it.

Despite the few imperfections mentioned above, Call of the Sea is a huge success overall. It is thoughtful in both its narrative and puzzle designs that make you feel all at once intelligent and compelled to continue. Its level design alone would make it a game worth exploring as a walking simulator, but players never have to be worried about doing nothing in the game, as every section is cramped with puzzles to complete and story hints to theorise about. It's not the longest game in the world, granted, but it grips you for a variety of reasons from beginning to end. 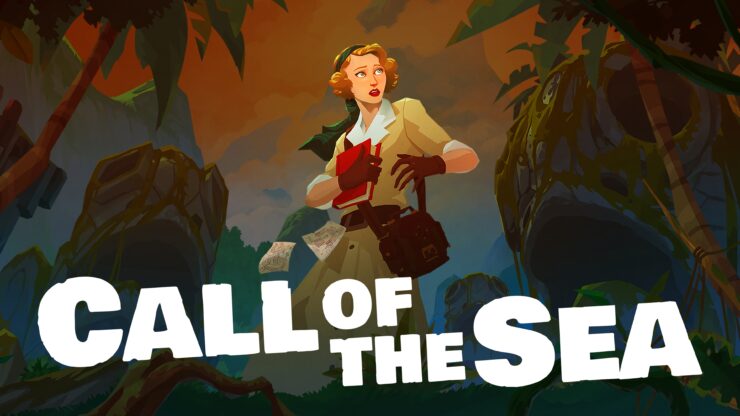 8.9
Wccftech Rating
Call of the Sea

Call of the Sea is a gripping, interesting, and creative take on the Lovecraftian formula. It moves away from the oft-trodden horror roots and creates an imaginative and immersive puzzle adventure with none of the lingering racism you might expect.