I am this game’s target audience in almost every way. Brawlout has emerged from the still growing Super Smash Bros. competitive scene, with a small group of devs around the world that have turned Smash’s mechanics into the platform fighter genre. Brawlout’s proposal is as simple as it gets for Smash fans; online versus, no items, no stage hazards, arcade modes, unlockable characters and costumes. Everything a fighting fan loves, aimed straight at the most hardcore fans of Smash. And I like it.

Releasing on Switch before Nintendo pulls the lead out and gets a Smash 4 port on the system, Brawlout is in a unique position where it can appease hardcore fans and build a good fanbase on the system which is crying out for its own Smash game. So even if it isn’t quite up to the absurd standards we see in Smash 4, it can still offer a good alternative until Smash fans get their favorite game. But sadly, I’m not sure I can recommend it even as that. 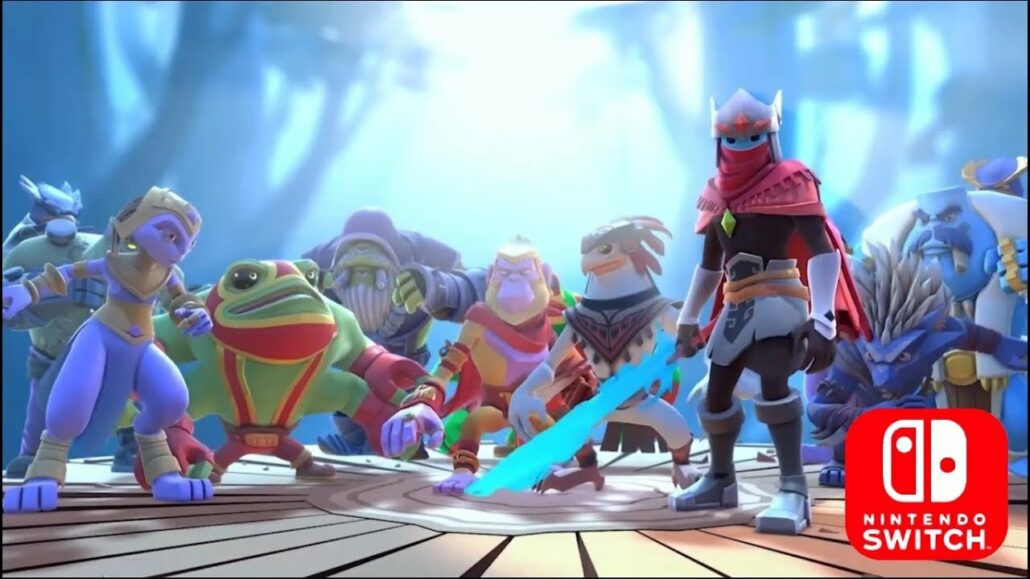 The meat of any fighting game is the characters, and in Brawlout we essentially get a bunch of characters which are heavily influenced by Smash characters, and a few guests, such as the Drifter from Hyperlight Drifter, and Juan from Guacamelee - fairly faithful, fun characters that add a unique bit of familiarity to the otherwise alien cast.

In battle, the characters will feel initially hard to control, or at least they did for me. Characters aren’t hyper-responsive and don’t spin on a dime like they do in Smash, but instead everything feels a little slower and a bit more floaty. The aim of the game is still to build damage and knock your opponent from the ring, and it works well, but knockback values for moves are very strange indeed. But that, frankly, ties into what is Brawlout’s main problem - it’s not clear. On anything. 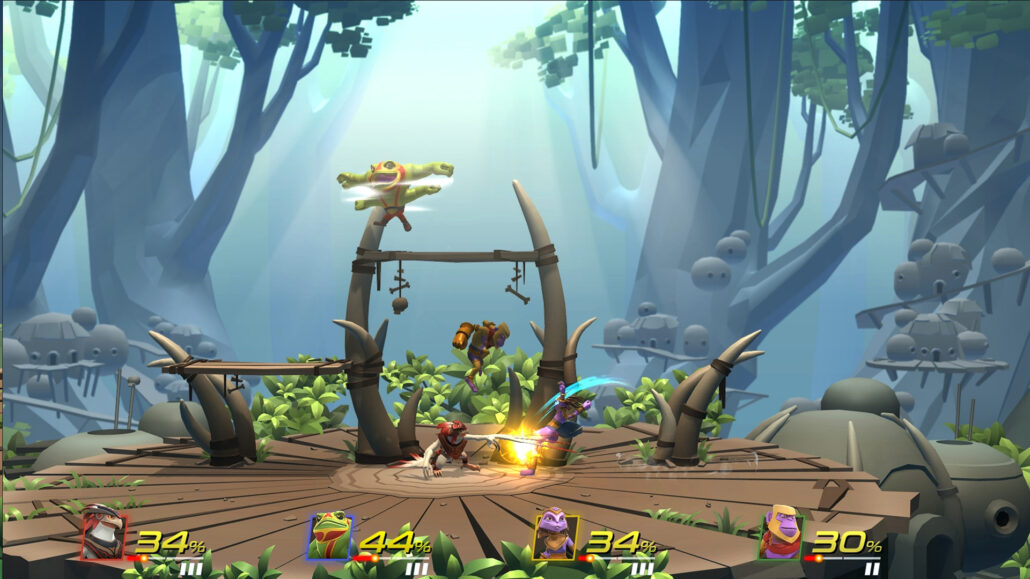 When it comes to battle, most of the animations for characters are just… obtuse. Hard to see. Often the camera is zoomed far out, and most animations just don’t have clear hitboxes. The impacts from the hits are misleading too; it’s never quite clear where your hitboxes are, how far they reach, how much knockback your attacks will do, etc. Some attacks will offer massive hits that send the enemy flying but then hits with similar impact feedback are barely good for combo set ups.

You can and will adjust, though, if you give it time. Brawlout plays well as a local versus game, but for everything else, well, not so recommended. Combat might be fine, but here’s something I can’t chastise enough: the piñata system. You start with essentially half the total cast of fighters and must unlock more with piñatas. Buying a piñata requires gems, a special currency. Thankfully, Brawlout’s devs aren’t crazy enough to make gems a premium currency, but gems are hard to get, requiring challenges be met. You can’t just unlock characters by playing regularly with your friends, you’ll have to play online as certain characters and play the arcade mode. 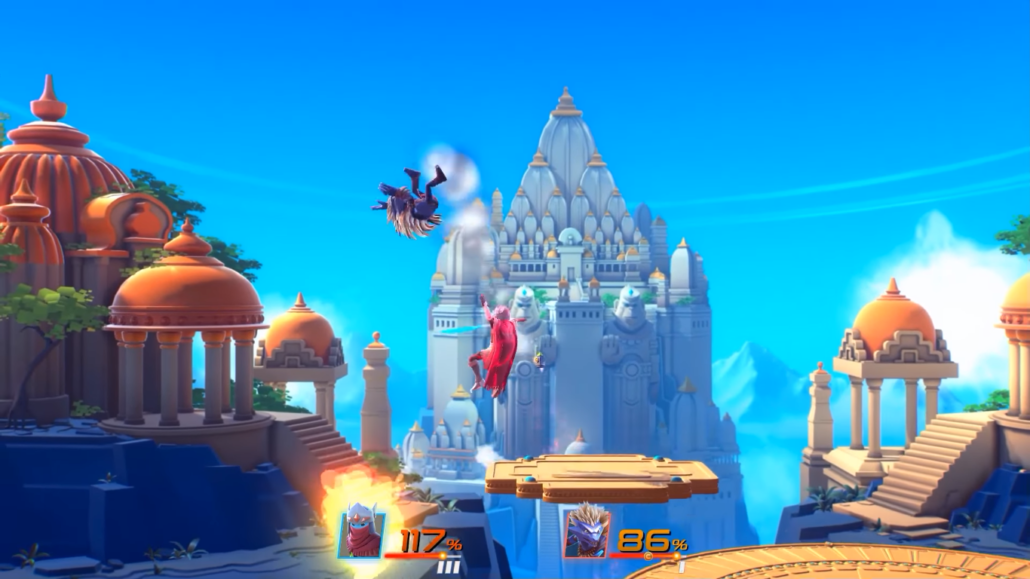 Smash Bros. has always been a multiplayer game first, so the decision to completely remove any chance of progression by playing multiplayer is absurd. Heck, unlockable characters in fighting games is avoided in most games, with Smash being one of the last that seems to insist on locking characters behind arbitrary conditions, and since Brawlout has so little other content, it’s baffling that it would remove characters from us.

Unlocking characters and skins is frankly a hassle. It’s great that none of them are DLC or microtransactions, but it’s a grind and it doesn’t feel rewarding in the slightest. Earning enough gems for Brawler piñatas is a long process, and getting the coins for the other piñatas isn’t necessarily tough, just a long process. The whole decision to implement the store and these piñatas is baffling to me. 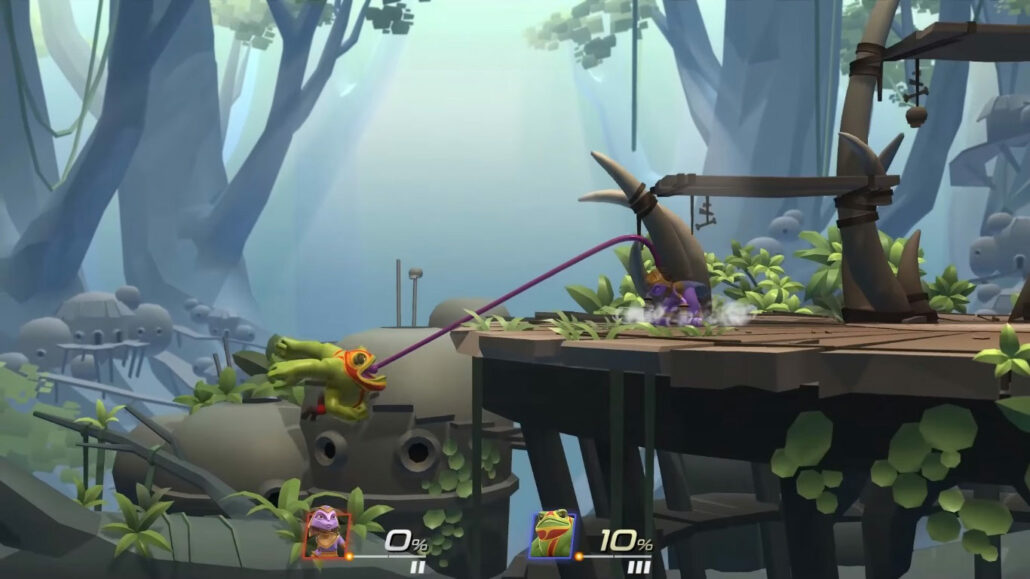 But even if Brawlout had offered the full cast from the start, it can’t shake the fact that it’s not quite Smash Bros. It can be fun in small bursts, but I played over 500 hours of Smash Bros. for Wii U, and Brawlout is lucky to reach a single percent of that game time. There’s plenty to do here, but none of it is fun except for playing with friends, and that won’t get you any progression.

Brawlout isn’t terrible, but it’s a struggle to recommend to anyone. If you play Smash Bros. by yourself a lot, maybe this has the kind of content you’ll enjoy, but with no reason for casual players to get involved, and an inferior competitive game compared to Smash, Brawlout isn’t a game I’d put on my wishlist.