When it comes to microphones, the Blue range of devices will always be one that comes to mind. They're incredibly popular, and even before I was using a dedicated mic, my google searches always led me to them. When I was offered the opportunity to review the new Blue Yeti X World of Warcraft Edition, as I will also be reviewing World of Warcraft: Shadowlands, I was naturally going to take it on and take a vocal tour of Azeroth, as well as letting people hear my lovely voice in our Wccf Talks podcast.

Immediately looking at the microphone, you can see the work that's gone into the Blue Yeti X World of Warcraft Edition to make it feel like something that is World of Warcraft. The stand, despite me not actually using it, is an attractive piece of work. The base features a gold-coloured rim with a wide variety of runes from World of Warcraft engraved into a base which makes them truly stand out. This contrasts greatly with a grey of the rest of the stand, a grey that literally glistens in the light. What magical shade of grey is this? I don't know, but it looks great.

This same grey and gold are used on the rest of the microphone. One side has World of Warcraft etched in gold, with the Blue logo and emblem on the opposite side. This logo is also on the stand provided with the microphone. In addition to the runes on the base of the stand, the runes are also used to represent the audio level, though in this situation they are programmable LEDs. Using the Logitech G-Hub, you have the ability to change the colour to whatever you like, as well as fixed or breathing lighting settings.

As for the quality of the microphone's build, it's fantastic. It feels hefty, with the stand particularly having a good weight to it. For what time I used the stand, there was no sign of it toppling over in the slightest. It feels like if you knocked it over, it could take a fair beating. The materials are all of very high quality which extends throughout the microphone as a whole. The button and dial for selecting the mode and input gain (volume) are of a good size, though the dial could do with being a little more tactile. It has some resistance, but I would prefer a bump of sorts.

I've said a few times how I don't use the stand. The simple reason is that a microphone with a stand like that isn't ideal for using a microphone and your keyboard at the same time. Have it in front of the keyboard, and you're likely going to find it a little too far away and detecting the clatter of your keyboard. Or, I should say, my mechanical keyboard. If you place it in front of the keyboard and then reaching it for typing is going to be difficult, with it getting in the way, one way or another. If you're recording audio though, it's perfect for that.

The Blue Yeti X World of Warcraft Edition picks up audio in four different ways: stereo, designed for sound sampling or ASMR; omni, which records from every direction; cardioid, just recording one direction, you; and bi-directional, recording from the front and rear, great for an over-the-table interview or podcast. Keeping it simple, the recording quality is fantastic, my voice sounding considerably better and clearer than my previous recordings and podcasts made using the headset of my Sennheiser GSP 670.

It's the options that come with the microphone, linked with the now-used Logitech G-Hub software, that can be the difference-maker for your audio recordings. Pre-built into the software for the Blue Yeti X World of Warcraft Edition are five pre-made World of Warcraft and six other random voice settings to change how you sound. You also have the ability to create your own presets, giving you a near-infinite amount of variety, only limited by your creativity and just how annoying you want to sound.

What I will say is that the pre-built in modulation effects aren't great. From my listening to them as I've recorded myself, as well as having tested them online with others on Discord, they need some fine-tuning. The variety isn't exactly fantastic either, with Imp sounding similar enough to Gnome to not really matter. Maybe I expected a bit more than could be delivered, are there any other World of Warcraft voices that could have logically been created? Deathknight, I suppose, though that wouldn't be too far from Demon.

Another feature of the G-Hub software linking with this microphone is a collection of samples that can be assigned to any hotkey of your liking. So, if you're streaming and want a few soundbites straight from World of Warcraft, there are hundreds. From quick one-liners or sentences from the likes of Sylvanas or Thrall, the sound of a spell casting, to the squeal of a Quillboar to the unmistakable garble of a Murloc. Naturally, the one I kept attached, after some experimenting, was the Murloc. You can, of course, record your own samples and assign them as you please.

So yes, this is more than just a Blue Yeti X with a few runes and "World of Warcraft" etched into it, with a different design. It's not a great deal more. Whether the design, audio modifiers and samples are worth the extra $30, that's down to you and your wallet. I genuinely think the design is better, and the samples are something extra that isn't available to other customers. Granted, exactly how difficult it will be to get these samples elsewhere remains to be seen. In reality, you're paying the extra for a snazzy design and for what is likely going to be a limited item.

As for the rest, you're getting what is already widely known as a great microphone. The audio quality and pickup are top-notch for a USB microphone, with all the settings you may need. It's perfect for anybody looking at a top-end streaming microphone and the support from the Logitech G-Hub software is easy to set up and use, so it's more than accessible. It's impossible not to recommend the Blue Yeti X or in this case the Blue Yeti X World of Warcraft Edition, for somebody wanting a quality microphone. 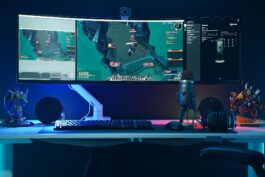 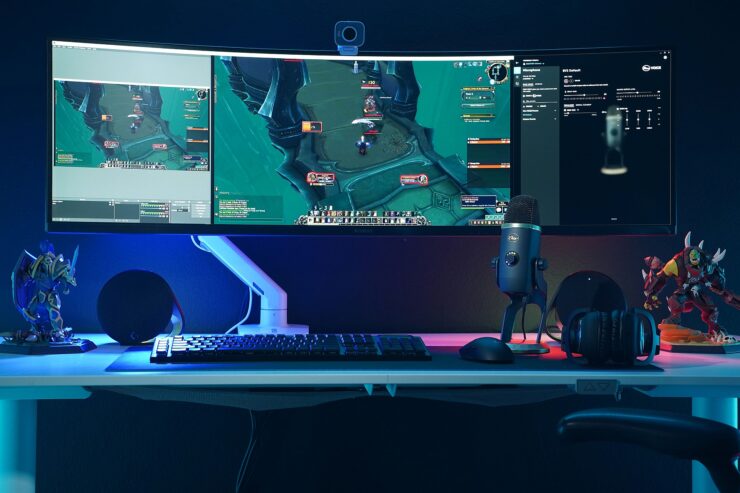 The Blue Yeti X World of Warcraft Edition is an excellent USB-microphone, perfect for those looking for a high-end streaming, podcast, or general recording microphone. Thanks to the tie-in with World of Warcraft, the microphone has a wealth of samples that can be used with other Logitech G-Hub linked hardware and the design, linking in with World of Warcraft, genuinely looks brilliant. Coming in at $200, $30 more than the regular Blue Yeti X, it certainly isn't cheap but nor is it so expensive that it's impossible to recommend it - still feeling like it's worth the price.