If you were an owner of the PlayStation VR after its launch a couple of years ago, chances are you had a chance to play around with PlayStation VR Worlds. This collection of various VR experiences showed off how diverse experiences could only be replicated within virtual reality. Among these short experiences was a botched gig known as ‘The London Heist’. This on-rails shooter, while completely standalone, set the framework for SIE London Studios’ next PSVR exclusive, Blood & Truth. 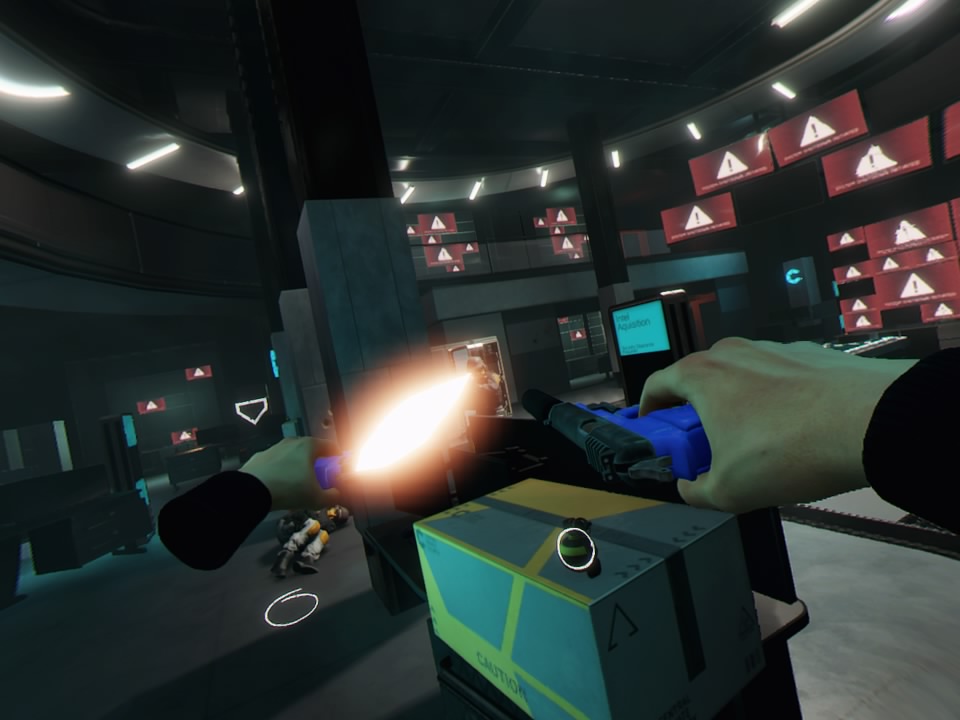 Players step into the shoes, or rather the floating hands, of one Ryan Marks. This ex-military man knows a thing or two about gunplay and those skills are immediately put to use taking care of a few family matters that spring up shortly after returning home to attend his father’s untimely funeral. Rather than letting the day be a period of mourning, it’s the prime opportunity for a sleazebag by the name of Tony to encroach in on the family business and try to take advantage of a weakened Marks family.

Now, it isn’t just like a crime syndicate family like the Marks to roll over and accept someone muscling in on the business. No, rather than showing any sign of weakness, it’s up to Ryan Marks and the other members of his family to fight back and keep that little operation running. Ryan isn’t involved in any of the day-to-day minutiae of the family business and acts more like the muscle or protector of the family and as such, may have to get his hands more than a little direct in Blood & Truth. 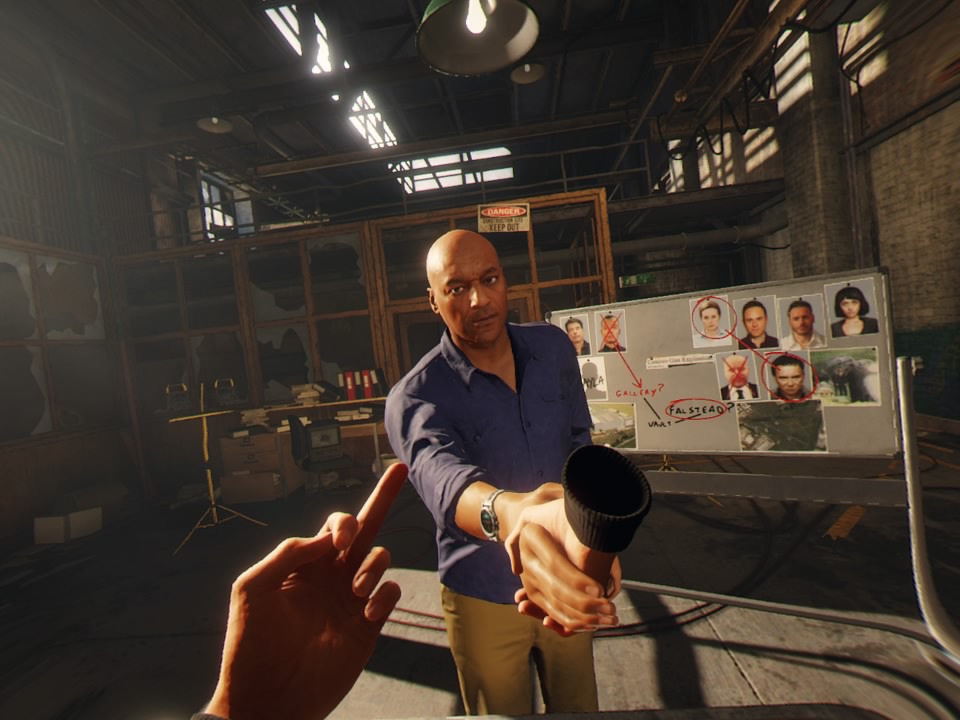 At its core, Blood & Truth is a pretty bog standard UK crime saga broken up into smaller vignettes, spliced between interrogation scenes and moments of bonding with the remaining members of the Marks family, with some intriguing twists in the second half. To tell the narrative in its gameplay, Blood & Truth relies upon inserting the player into on-rails combat sequences. Either by using a DualShock 4 controller or a pair of PlayStation Move controllers. Because of how much Blood & Truth relies upon using each hand independently, I certainly would recommend picking up a pair of Move controllers before starting this one up.

Each of the player’s hands can be used freely to fire, much like the gunplay that I praised so much in Firewall: Zero Hour. Just because you can’t see over a piece of cover doesn’t mean you can’t aim a pistol over the barrier and shoot at whoever is coming your way. In Ryan’s arsenal are a great number of weapons to mix and match around with, from semi- and fully-automatic pistols, revolvers, shotguns, sniper rifles, and even the odd grenade launcher. Ryan can don two hip-holstered pistols as well as two shoulder-holstered heavy weapons. Ever forget what you’re wielding after jumping back into a mission? Just look over either shoulder or down towards your boots to get a visual indication of what you’re carrying. Equipping a rifle or pistol works as intuitively as you might imagine with the Move controller; simply reach over your shoulder and pull the trigger to equip, or move your hands together and fire to swap guns between hands. 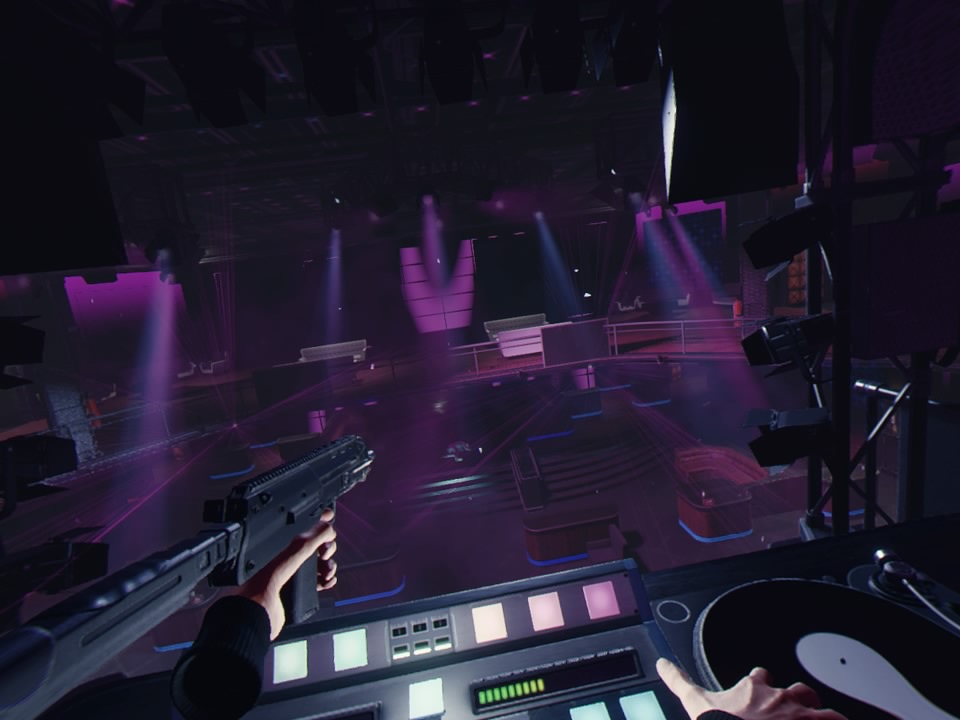 It isn’t just the shooting or grabbing a magazine from your chest pouch to reload that keeps your virtual hands busy in Blood & Truth. During the various downtimes of the action (which can be a huge help to unwind if the action gets too intense), Ryan Marks will have his hands full with trying to break into Tony’s compound, from using a pair of lockpicks to break in the old fashioned way, or physically cracking open fuse boxes to divert power and shut off alarm systems. Most methods of traversal in Blood & Truth rely upon shifting between pieces of cover and locking onto a pathway and following the path on rails. Other times, those hands will have to climb up and across treacherous gaps by way of conveniently placed yellow rails and ladders. The player will have to mimic these climbing actions to get up and around these areas, and if you’re an idiot like me that enjoys looking down when they’re scaling the outside of a building, be prepared to have your stomach jump up through your throat as you realize just how high off the ground you’re getting.

There aren’t any numerical bits to worry about cluttering up your HUD in Blood & Truth. Guns make a distinctly different firing sound when running low on ammo, additional ammo clips are represented on your chest’s ammo pouch, and your screen turns hazy and monochromatic the lower your health drops. Beyond this, Blood & Truth is very much about just getting into the action and immersing yourself within the world of virtual London. 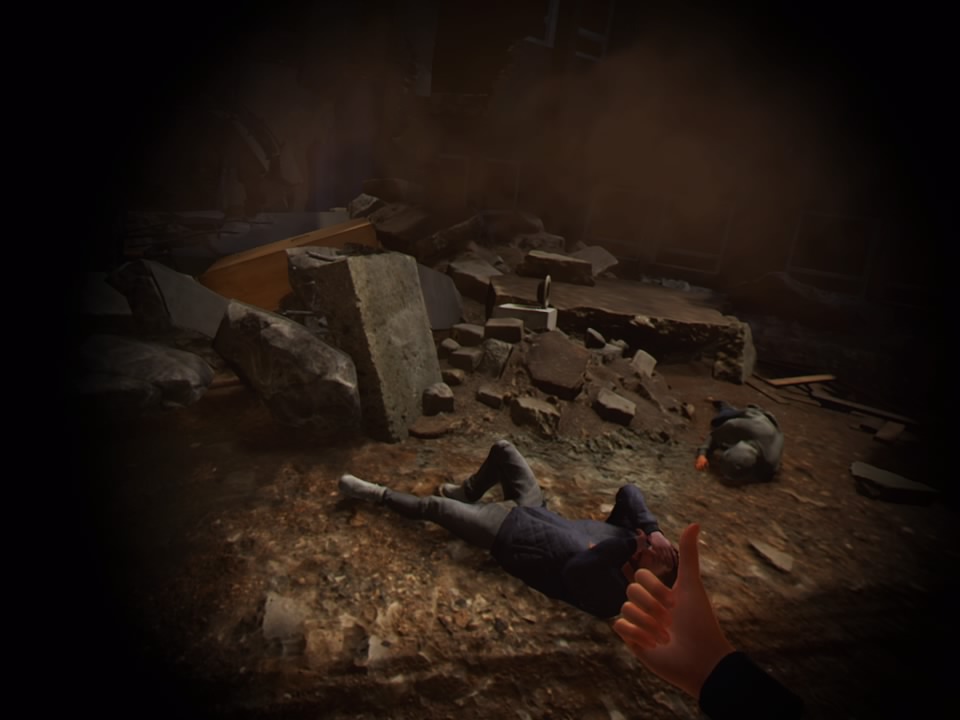 Compared to other PSVR heavy hitters like The Inpatient, Blood & Truth takes a few hits in the fidelity of faces but only around the edges. The full English cast that makes up Blood & Truth are all distinctive in their own ways and provide an Oscar-worthy performance in this virtual shooting gallery experience. To be fair, with the resolution that the PlayStation VR is capable of, losing some of that facial fidelity works in Blood & Truth’s favor as you won’t immediately notice the jagged edges.

Blood & Truth’s nearly-twenty chapter story explores a variety of locales and types of action. There are stealth sequences to get around or eliminate guards without anyone discovering, climbing sections to give the player a quick adrenaline boost, standard firefights and defending against waves of disposable guards, and chase sequences that bookend both ends of the story. If there’s one moment that you really enjoyed, chances are it will pop up a second time later on in Blood & Truth to help fill out the six-hour runtime.

Littered throughout the levels are collectible vapes, targets to shoot, and other little collectibles to incentivize players to revisit levels beyond just trying to get a higher score (which is another important achievement to Blood & Truth). Earning enough stars from these extras can be used to unlock new gun skins and attachments that make replaying levels more exciting. Laser sights, a small but insanely beneficial upgrade to aiming with a PSVR headset on, is one of the last upgrades you’ll unlock for most weapons, despite being readily available on the easy ‘Cinematic’ difficulty. 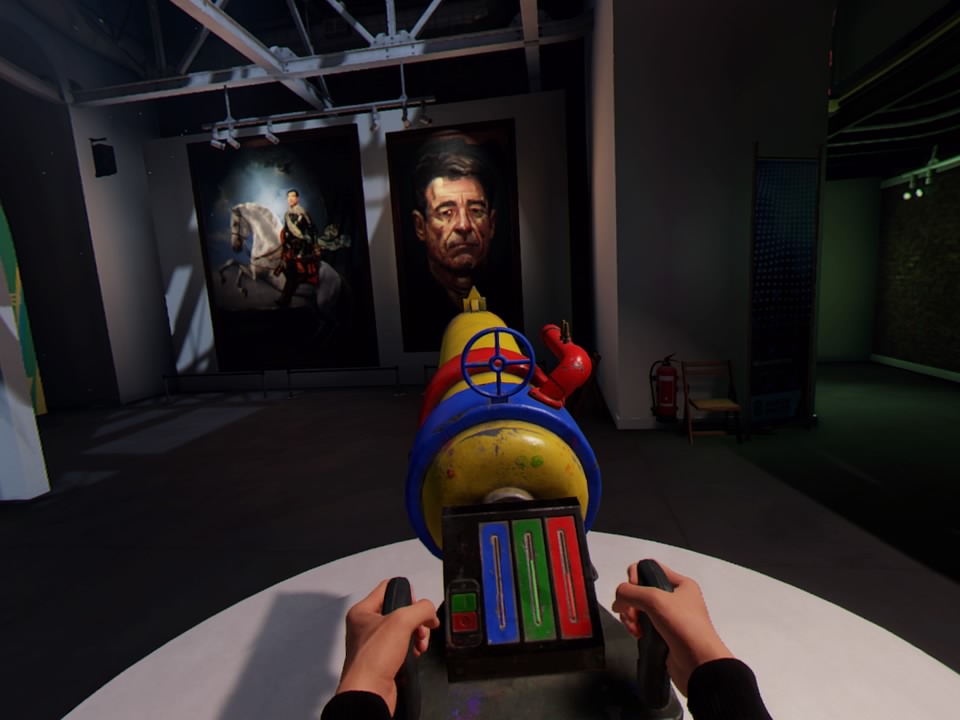 Blood & Truth’s comfort levels sit around the modest-to-high range, even with the comfort settings engaged. Your movement will always be on rails, whether you’re moving from side to side to swap between cover or moving forward to the next objective (being on rails, you’re never permitted to backtrack, even if you miss a collectible). Because Blood & Truth is designed to be a seated experience, there will always be that disconnect of moving forward rather than teleporting as some other VR experiences will have you do. Climbing across walls can be one of the most stressful moments if you aren’t accustomed to VR, so please take caution when looking around the environment.

SIE London Studios’ return to PlayStation VR shows they can still make a charming experience similar to when they first showed off with The London Heist. Blood & Truth is just as fun as an afternoon movie marathon with the added bonus of being able to slide into the virtual shoes during those numerous gunfights. That added level of interactivity is what can propel Blood & Truth into being one of the next must-play experiences for PlayStation VR.

Blood & Truth is a fantastic roller coaster ride from beginning to end, coupling together an actually decent crime story along with two-handed gunplay that could only work in VR.