Dinner parties, speeches, scandals, journalists, over-protective butlers. Batman doesn’t need to deal with much of any of this, he’s not the social type, journalists can’t get close, and Alfred gets put on mute. Bruce Wayne, however, is a public figure, free fodder for tabloids and can’t walk three feet without someone reminding him that his parents are dead – and it’s this man, the side of Batman we seldom see, that is the focus for Batman - The Telltale Series - so is it all partying and philanthropy, or PR disaster caused by a couple of bad tweets?

Well, it’s a bit of both, as throughout the series Bruce Wayne deals with his fair of share of backstabbing, petty revenge and PR meltdowns. Set in the early days of Batman’s career, Bruce is struggling to deal with juggling his new found persona and his personal life. Early on we’re introduced to Catwoman, a pre-meltdown Harvey Dent and a surprisingly skinny, trendy looking Oswald Cobblepot. This is where the first issue arises with Telltale’s Batman: we already know these characters.

When you scuffle with Catwoman briefly at the beginning of the game, are we supposed to be surprised when Harvey mentions seeing a woman called Selina? When the name Cobblepot crops up, should we be shocked the man we meet becomes the Penguin? Let alone Dent’s inevitable defacing and bi-polar. After playing The Walking Dead recently, I realized so much of a Telltale game’s strength is in its characters and experiencing their arc unfold, but here the opportunity just isn’t there, as anyone vaguely aware of Batman’s cast of characters will already see everything coming from a mile off – and it’s not worth waiting for three episodes for those revelations to develop.

Re-introducing everyone is long and destroys the pacing of this game in the first few episodes. Everything feels so by-the-numbers with few real surprises, and very little story developing, only really building up in the background waiting for a larger story section a few episodes on. Early on we deal with Falcone, one of Gotham’s mobsters, and slowly unveil a deep dark Wayne family secret, one that turns the public on Bruce and the company his family founded.

As a Batman fan, it’s an interesting take. Bruce as a public figure is often removed from the situations Batman finds himself in, and having real repercussions for what Bruce does and says as Batman certainly shifts the dynamic, but not by much. The story’s slow build is still unforgivable over the first three episodes, even if it does pick up and get very interesting by episode four.

Batman can’t be all talk though – there has to be some action. Sadly, this is yet another part of the Batman universe that doesn’t really carry over to Telltale’s template too well. The action is essentially long strings of Quick Time Events which fill a bat-shaped meter in the bottom left. Get enough right and it’ll fill, completing the event. QTEs aren’t exactly difficult, and the animations they trigger aren’t exactly gripping either. It feels like a necessary part of a Batman story, but it certainly doesn’t work as well as intended.

The last two episodes really pick up, where the unique story really comes into its own and feels far more intense and well-paced than the rest of the game. All the story threads which were hard to follow and nonsense when separate come together nicely, with the game’s villain The Lady of Arkham being given a great final scene, which ends in revelations for both Bruce and his enemies.

But at the end of it, it all feels immaterial. The Wayne family revelations seem to get dropped, the villains get beat and everything goes back to normal, with no real repercussions or consequences for anyone – except for Harvey, who will live with his scarred face forever.

The Nintendo Switch version of Batman - The Telltale Series has a handful of new features you won't find on other platforms, too. For example, you can play through the entire game on the touchscreen, sliding your finger to move Bruce and tapping on interactable objects in the environment is a novel way to play the game, but unless you happen to have your Switch and no controllers in reach, it's not exactly the method we would recommend. Otherwise, this plays just like any other console version you've seen, just perhaps at a slightly lower resolution and framerate on Switch.

So, who is Batman - The Telltale Series for exactly? Fans of the Caped Crusader will enjoy it, sure, but honestly someone entirely unaware of Batman's stories might enjoy the pacing of the first few episodes far more. It’s not bad, but it is poorly paced and takes far too long to get truly intriguing or enjoyable for anyone familiar with the characters and not interested in yet another origin story. A decent Telltale series in the end, but probably worth waiting for a sale.

Reviewed on Nintendo Switch (code provided by the publisher). You can purchase Batman - The Telltale Series via Amazon. 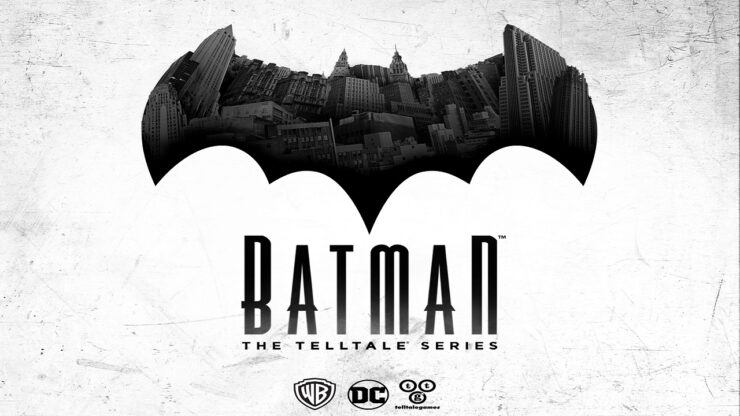 Not bad by any means, but the seriously plodding pace for the first few episodes kills much of the excitement in Batman - The Telltale Series. Though the game really picks up for a great crescendo in the latter two episodes.