I rarely feel so conflicted, and so rarely do my usual likes and dislikes turn on their head so abruptly. ATOM RPG has changed me. I don't know what I expected from the game going in, but experiencing it has changed the way I think about games like this. Living the life of a sole wanderer in a wasteland far harsher than the survival modes in most survival games has made me appreciate the slow moments, the heartwarming conversations, and the friends we make along the way - because sometimes you're best off just staying with friends.

ATOM RPG is a truly fascinating cRPG inspired by the classic Fallout games, and those old PC titles your dad mentions whenever it's his time to rant about how he was a gamer when he was young, too. Every part of the aesthetic of ATOM RPG is inspired, in some way, by the Fallout games past and present. The green glow of your inventory and text windows is reminiscent of the Pipboy, and even the title screen includes a shot of a wanderer marching off into the distance, a shot which was made iconic by games like Fallout 3 and 4. This game knows what it wants to be, and is directly courting fans of the genre.

The thing is, ATOM RPG has already done this successfully. You can currently buy the game on Steam for an affordable price, and people really enjoy this retro-styled adventure. But I'm playing on Nintendo Switch, which is bound to be a very, very different experience, and that experience differs right from the tutorial. 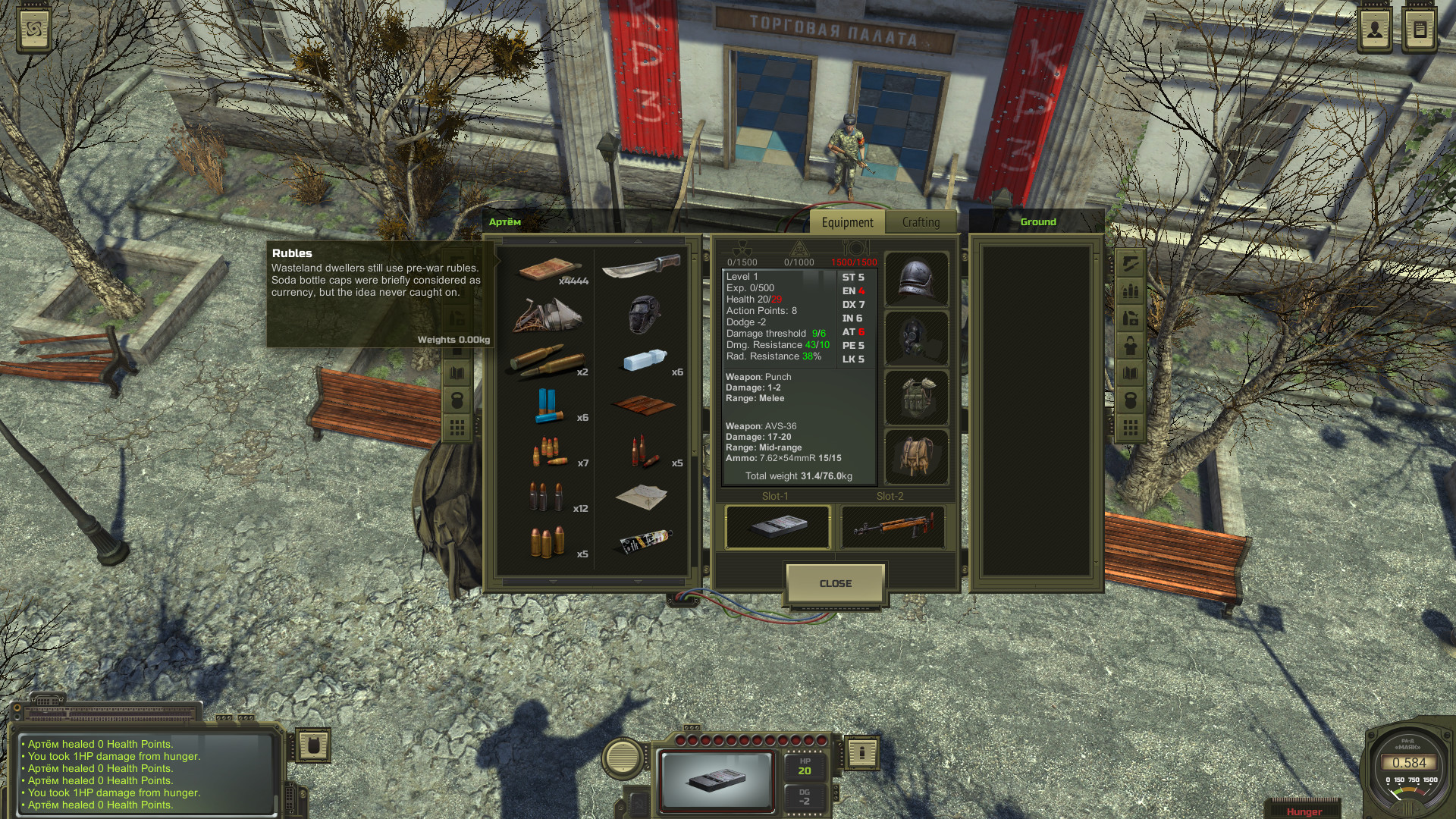 Genuinely, the menus in this game are quite possibly the least intuitive I've ever seen in a console game. I'm sure you're mentally scanning for infamous examples of something worse, like Mass Effect's absurd inventory management, or Final Fantasy XIV's MMO interface crushed down into a controller. But no, ATOM RPG has the worst menus of any consoles game I've ever played - and the reason is simple. The developers clearly put work into making these menus look stylish and work well on PC. That makes perfect sense - but moving a mouse cursor around the screen to drag, highlight, and interact with items is completely different from using a controller. And when you take these designed-for-PC menus and slap them onto a Nintendo Switch, it's a bad result, especially when playing in handheld mode, where you'll be struggling to read the text and see what is actually in your bag.

I spent genuine hours - genuine hours - playing the game before I understood in detail how to actually navigate my menus, equip items, use them, and use them in battle. On that note, I found a rusted machete and it broke after killing just one ugly giant spider mutant, so I shall be hearing no more complaints about weapon durability in Breath of the Wild. The point I'm getting at is that this game is brutally, devastatingly obtuse, and I don't think that would be the case on PC at all. The control system and user interface the game was designed for does a lot of the heavy lifting when it comes to understanding it.

It's clear that the developers put a lot of work into porting over ATOM RPG to the Switch, but honestly, it needed far more done. There are extensive button combinations to memorize to access your menu, equip things, swap which equipment slot you're looking at, highlight the details of an item… it quickly becomes tedious just figuring out how to play. But even small elements feel entirely alien - look, I get that someone felt very smart using the + and - buttons to allocate and remove skill points, but these buttons are basically used as Start and Select, no one in the world would ever think start and select would be how to allocate your skill points, especially not when every other game in the world - including Fallout - just lets you use the damn analog stick and move it left and right. This is nonsense, this is overly obtuse, and whoever designed the console conversion needs to be sat down and have a long, lengthy conversation, because this job is either lazy or incredibly short-sighted.

Notice how this review has spent such a long amount of time talking about menus and interfaces? That's because while playing this game on Nintendo Switch, those issues are constant. But when you finally sink into a flow and rhythm, finally begin understanding the game, things begin to click into place. Nothing in this game clicks quite like the towns and characters you meet in them. I was about ready to never play this game again, right up until I arrived at the first proper village, and everything changed. Every character in the village was well-written and fascinating. 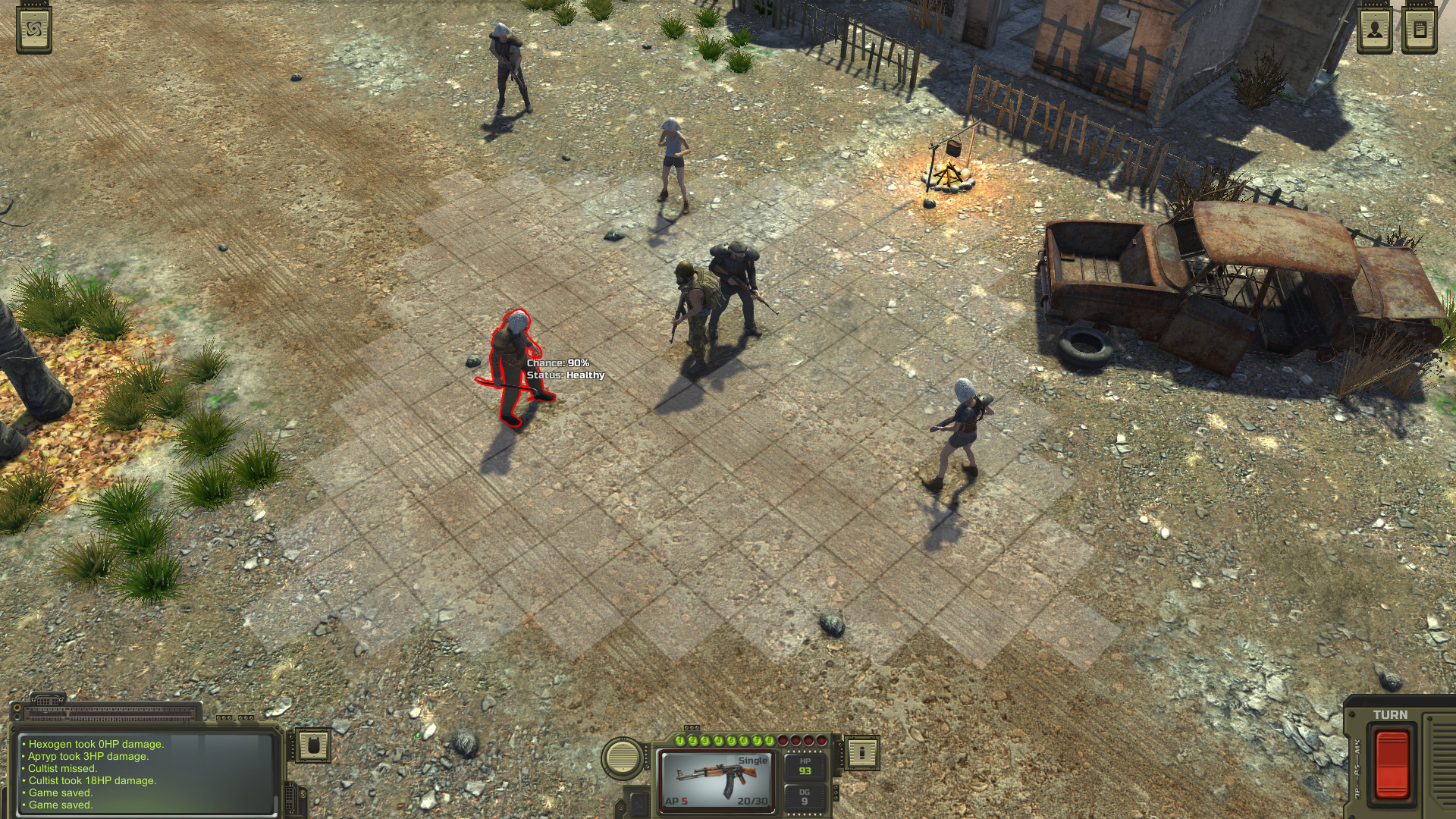 Genuinely the dialogue and characters you can talk to in this game are excellent. Genuinely excellent. They all have distinct, at-times cartoonish personalities, all affected by what surrounds them, all with their own individual wants and needs, some satisfied, others not. Talking to characters in the village, and the wanders you meet while exploring the world at large is the highlight of the game for me. It's just a shame when those conversations go south because the combat is yet another aspect that suffers because of the console conversion.

Combat is slow and methodical and works mostly well unless you're up against multiple opponents. When 1v1 against a beast and you have a decent weapon, you should be fine, as long as you haven't been wasting your limited supply of ammo. When 1v2, or more, things are far more difficult. Not impossible, but getting away from enemies without getting hit, stunned, injured, and killed is more awkward than you would like. Combine that with a scarily high chance of missing your opponent with a giant blade while only a single foot away and you have a combat system that can feel very… bad. I love strategy, but when I have a 50/50 chance of either killing my opponent instantly, or missing all of my attacks and dying immediately after, it doesn't feel like strategy, it feels like rolling the dice, and if there are other, better games to play if I wish to do that.

When you boil it all down, ATOM RPG is clearly a really fascinating and deep cRPG, which has been entirely butchered in order to fit it onto the Nintendo Switch. This game clearly needs mouse input - or a console conversion which is far more robust - in order to shine. As it stands right now, it's too obtuse to play - not necessarily difficult, just obtuse. Which makes it incredibly hard to recommend.

ATOM RPG is a game so clearly designed for mouse and keyboard on PC that you should only play it on Nintendo Switch if you already have experience with the game. Going in as a complete newbie will be a brutal lesson in patience and frustration, and you need the kind of knowledge of how to play and the ease of use that comes with the PC version first. Ultimately, that makes ATOM RPG an interesting, but incredibly difficult game to recommend.