Atlas Reactor Review – Is It Even Worth Taking a Turn?

It has come to our attention that this review was not conducted with the level of care and thoroughness that we demand from our reviewers. As such, the game has been re-reviewed; you can now use that article as our official review. We apologize for the inconvenience.

The magic of a game being Free-to-Play is that certain titles immediately become worthwhile just for the simple fact that you don’t have to spend any money. Of course, that doesn’t give bad games a free pass, but it does make some of them a bit easier to recommend. Atlas Reactor, Trion World’s latest game manages to push itself into that recommended bracket, but only just, thanks to the F2P element.

I’m going to clarify this right now: Atlas Reactor is a turn-based player versus player (PvP) game. I’ve read a lot of information online from multiple sources stating Atlas Reactor is like a MOBA, but I’m not sure where that comparison stems from. Players are given twenty seconds to take their turns, with each turn split up into four phases: Prep Phase, Dash Phase, Blast Phase and Move Phase. Also, you cannot perform more than one action per turn (with the exception of your free actions which you pick before battling).

As all of the turns in Atlas Reactor take place simultaneously, Prep Phase is mainly used to, well, prepare. If you suspect a player may be using his or her turn to attack you directly, you can use this phase to limit the amount of damage you take. Some freelancers (Atlas Reactor’s name for the characters in the game) can even place traps that can injure potential attackers. If you are the aggressor in this scenario, Prep Phase will be used to give your character a buff, ensuring your attack does the maximum amount of damage possible.

Dash Phase lets you avoid any potential damage by completely removing yourself from the area you are in. You will find out if you’ve made a mistake during Blast Phase. During this period, each player finally gets the chance to damage the opposing team with their abilities. As Atlas Reactor features simultaneous turns, everything needs to play out at once, meaning no one gets to ‘go first’. If two players of varying health try to attack each other and one of them dies before they get to shoot, the game will ignore their amount of health until after the Blast Phase. 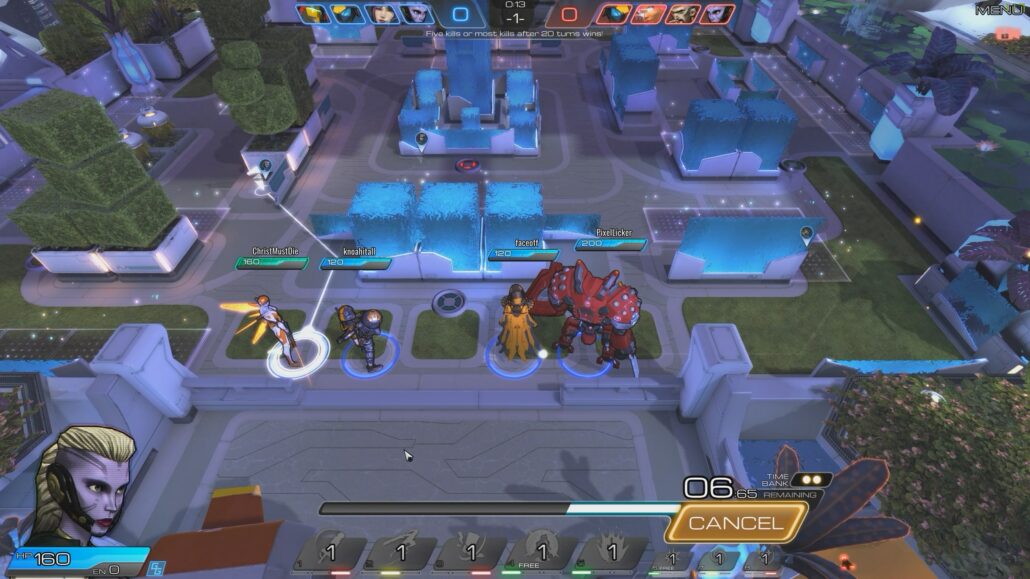 Finally, Move Phase lets your characters move around the battlefield. If you decide not to do anything during your turn, you get the option to move further than usual. This phase concludes by removing any players from the battlefield if they happened to have died during the turn. The win conditions of a typical Atlas Reactor game are simple: the first team to get to five kills within twenty turns wins, or the team with the most kills within twenty turns wins. If both teams continue to draw after twenty rounds, they will enter a sudden death mode where the most turns in one turn will win the game.

Back to my original point about the F2P element of Atlas Reactor – if this game released at a set price without featuring any F2P edition at all, would it still be worth it? Probably not. As someone who isn’t a huge fan of turn-based games like this one, I can’t say Atlas Reactor does enough to make me want to play it every single day. However, that doesn’t mean I don’t recognise that it is a good game. Atlas Reactor was built with team-play in mind, and players should try to go into the game with a friend. You can have plenty of fun playing Atlas Reactor on your own, but introducing friends with voice communications makes the game so much better. Trust me, it’s frustrating having to hope your party members will do simple things like healing you when you need it. Group up with people whenever you can and you’ll have significantly more fun.

Surprisingly enough, the Atlas Reactor community (at least the people I played with) happen to be quite friendly, so pairing with strangers will certainly be worthwhile if you can’t get your friends to play with you. Playing with people from your past games is slightly easier than usual thanks to Trion Worlds’ partnership with Discord. Atlas Reactor is the first game to feature Discord’s voice chat service within the game itself. Some people may not find this addition to be game-changing, but I think it’s pretty great considering most players typically tend to avoid a game’s built-in VOIP service anyway. 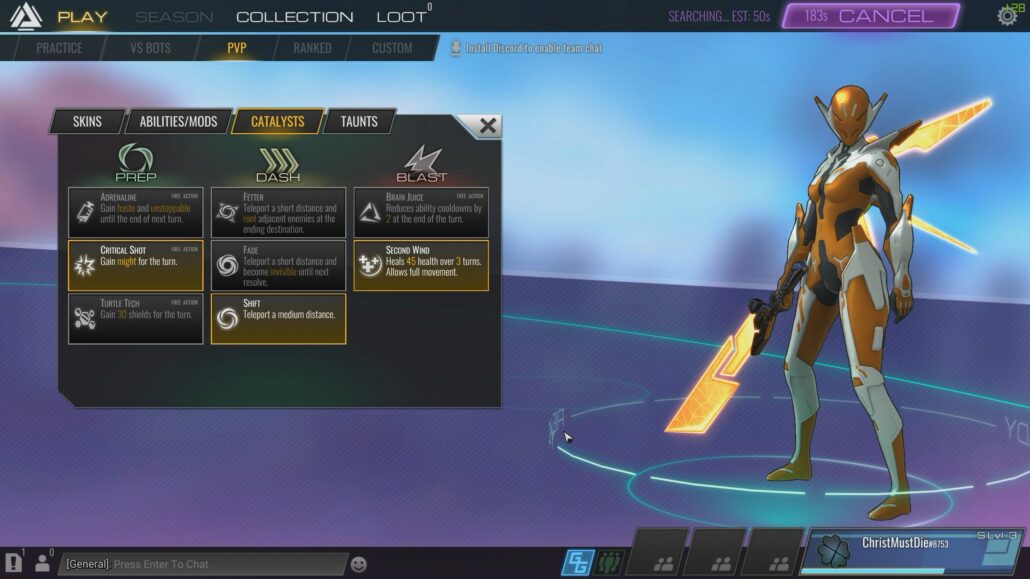 As with all turn-based games, it takes quite a bit of time to learn the game inside and out. With twenty-one characters available at launch, there will be plenty to learn provided that you’ve purchased the full version of the game. If you decide to play Atlas Reactor’s Free Mode, you’ll be given a randomised set of six different characters to try from. F2P players can queue up with people who have paid for the game in the unranked mode, but players that wish to play competitively in the ranked mode will have to pay for the privilege.

Speaking of the characters in Atlas Reactor, they remind me of the ones in Gearbox’s Battleborn… and that’s not a good thing. Check them out if you’ve got the time, even if you aren’t interested in the game. Some examples include Juno, also known as Shirley from the hit TV show Community; Titus, who you may recognise as Cloud Strife from Final Fantasy VII; and Blackburn, that generic super soldier from Call of Duty: Robot Wars.

There is enough content available in the Free Mode that you will know whether or not you enjoy the game, so if this review has even slightly piqued your interest then I recommend giving it a go. If you aren’t interested in the gameplay mechanics, with the limited roster you probably won’t enjoy the game. Bear in mind that you won’t be able to purchase characters by playing Free Mode. The only way to play as all the characters in the game is to pay £22.99/$29.99.

Atlas Reactor has enough going for it that it is definitely worth trying out if you are in the mood for a tactical turn-based game. As someone who isn’t huge fan of turn-based games, I can’t say Atlas Reactor does anything to convince me that I should play it every day. While there is so much to do in Atlas Reactor, including Ranked PvP, daily contracts and even a poor story mode (essentially more contracts), I simply don’t find the game enjoyable enough to keep going back to. That being said, the game is F2P (to a certain extent) and what you play during that time will be enough to convince you whether or not you’ll want to spend money on it.