Atelier Lulua: The Scion of Arland

Gust's Atelier series has managed, over the years, to garner a respectable following in the West without the developer trying to change many of series' staples to conform to the North American and European audiences' tastes. This is a double-edged sword, in a way, but it is also why the series' popularity is on a slow yet steady growth: you want a true Japanese role-playing game experience? You go to the Atelier series.

This is not to say that the series hasn't evolved since its humble beginnings. Atelier Firis: Alchemist of the Mysterious Journey introduced an extremely interesting twist that made it one of the best entries in the series, but also one of the most intricate, as the second half of the game may feel a bit dispersive compared to how contained the first part of the adventure is. The developer tried going back to the series' roots with Atelier Lydie & Suelle: The Alchemists and the Mysterious Paintings, but sadly the game felt extremely limited compared to its predecessor. With Atelier Lulua: The Scion of Arland, however, Gust stroke the perfect balance, releasing a game that's extremely enjoyable for both newcomers and veterans of the series.

Atelier Lulua: The Scion of Arland is the fourth installment of the popular Arland series and, as such, features characters from the original series like heroines Rorona, Totori, and Meruru, as well as many other supporting characters. While most of the returning characters have an important role in the new game's story, it's possible to follow and understand it even without having played any of the previous installments.

The main character of Atelier Lulua: The Scion of Arland is Lulua. The young girl is the daughter of Rorona and apprentice of Piana and dreams of surpassing her mother as an alchemist. She spends her days in Arklys, a town located in one of the frontiers of the Arland Republic, leading a relatively carefree life until one day, she comes across a book that only she can read. This discovery, and her resolve in wanting to decipher it will lead Lulua to discover the truth about the whole Arland.

While the plot of Atelier Lulua: The Scion of Arland story enough mystery to feel gripping, especially with the exploration of the ancient and mysterious ruins located near Arklys, its ultimate resolution isn't particularly surprising. What keeps things going are the characters and their interaction, which are top-notch, as expected by the Atelier series. There are probably way too many anime staples, but this shouldn't be surprising for those acquainted with the series.

Speaking of characters, the experience is going to be slightly different for those who played the original trilogy. While the new characters are undoubtedly charming, there's a whole different satisfaction in knowing what Rorona has been up to since the end of the previous game and how much she has grown, just to make an example. As Atelier Lulua doesn't attempt to even summarize the events of the past games, those who haven't played the older games will end up missing quite a few references, a lot of character growth and so on, which all make the experience slightly better.

While the story is not among the best features of the game, the Atelier Lulua: The Scion of Arland gameplay is among its most remarkable ones, thanks to the refining of the tried and true formula of the series. Accessibility is the name of the game here: things have been streamlined considerably as to remove tedium while continuing to provide the same depth fans of the series are accustomed to.

Atelier Lulua: The Scion of Arland is a Japanese role-playing game through and through. During the course of the adventure, which will bring Lulua all over Arland, players will have access to three different hubs and a huge variety of locations ranging from forests to castles, ancient ruins and more. Hubs feature a lot of different facilities such as shops, inns, the Atelier to synthesize items and so on. Locations outside these hubs feature a lot of materials to gather, fishing and mining spots and enemies, which are all visible on the field.

The Atelier Lulua: The Scion of Arland gameplay loop is not too different from that seen in the previous entries in the series. After story events, players must complete an important alchemy task, and to do so, they must explore the world around them and find the correct ingredients. Spicing things up considerably are the Ancient Tome mechanics, which are used to discover alchemy recipes. After each story events, Lulua will try to decipher the hints written on the tome, which require players to travel to certain locations and obtain certain ingredients. Once the hints have been discovered, it will be possible to decipher what is written on the tome and unlock the recipe. This system is a twist on the same systems seen in recent entries in the series, so it's not completely original, but it works quite well. The lack of a time limit, unlike the rest of the Arland series, is an extremely welcome feature, as it allows players to be freer in their pursuits, especially if they want to learn the alchemy mechanics without having to worry about an arbitrary game over condition.

Alchemy obviously plays a central role in Atelier Lulua, as synthesizing certain items is required to move the story forward. Like in previous entries in the series, to create items, players must collect the right materials, which all come with a different quality rating. The higher the quality, the better the final item will turn out. Some materials also come with some special skills which can be inherited by the item at the end of the process which can increase its effectiveness, whether it's a piece of equipment or a usable item in battle. Like many of the game's features, alchemy has been streamlined, but without losing its depth, and the fact that there is no longer a time limit makes it possible for players to delve even deeper into alchemy.

The Atelier Lulua battle system is not too different from the one seen in previous entries in the series, as it is a turn-based system where player control characters and enemies take turns to attack, use special skills, defend and so on. In Atelier Lulua, players can take up to five characters in battle, with two of them serving as support. Like in other entries in the series, only Alchemists can use items, so they play an important role especially during boss battles. Regular battles are hardly challenging, but the fact that the pace is rather quick at least makes them enjoyable and not excessively cumbersome. One very nice new feature is the Interrupt ability, thanks to which one of the Alchemists can use an item at any time during battle, even during enemies' turns.

The presentation is also in line with what we have seen in previous entries in the series. Characters and locations are well designed and detailed, following typical Japanese anime aesthetics, but they do feel a bit generic especially locations. The game also runs well on the regular PlayStation 4 model, with a steady 30 FPS frame rate. Japanese voice acting and soundtrack are also appropriate, but they aren't particularly remarkable, with a few exceptions.

Back when it was announced, it felt like Gust was doing the wrong thing in bringing back the Arland setting with Atelier Lulua: The Scion of Arland. After playing the game, however, all longtime fans of the series will come to realize how it was a very good move, as Atelier Lulua: The Scion of Arland is extremely enjoyable for both newcomers and veterans and one of the best entries in the series. 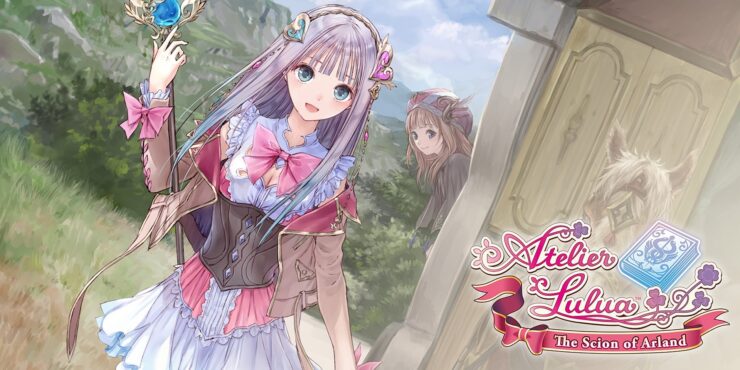 Atelier Lulua: The Scion of Arland is one of the best entries in the Atelier series. While the story is not particularly exciting, the charming characters, enjoyable world and streamlined game mechanics can keep players engaged for a very long time. Highly recommended to fans of the series and to those looking for a nice JRPG that's not too demanding.