Assassins Creed 2 was released on the 17th of November, 2009. It is a continuation of the events left untold in Assassins Creed, its prequel. The first game was very successful and is supposed to be a trilogy. So this game being the 2nd in its series was well expected and people were waiting for it. Opening the game, you confront with the normal developer videos after which comes the menu which is actually quite similar to the first game but it has a much more better feel to it. The menu is shaped like a DNA and opens and closes like a DNA section. The game is set in an open world where u can interact and explore on your own, while doing many other jobs at the same time. The players travels across Italy, in the Renaissance period, and throughout the game the player will come across reference to real people. This adds to the games fun factor as it involves a bit of history lesson. So i hope you’re ready to cope with it, but don't worry it’s not like the normal school history lesson, but it’s more fun. The game presents a 12 Staged game, which involves Ezio the protagonist doing different work. I found the story to be quite amazing and in depth with such an amazing storyline that you will be playing the game even after you have completed it, which is possible as the game allows you to finish the remaining stuff if you left any after you are done with its main missions.

What made me buy this product?

Since I played the first game in its series, Assassins Creed. I was determined to play this game as the first had given me such a huge fun factor and enjoyment that I just had to play the second game to see what happens next in its storyline. Other things that influenced me were the trailer and artwork that came out after it was announced.

The game continues it story after it was left off in the 1st game, Assassins Creed. You still out of the Animus take the role of Desmond Miles, but this time you venture out of the facility to be trained and to be one like the Assassins. You take the role of Ezio De' Auditore, an Assassin who loses his family due to betrayal. You will play as him, use every possible method, to take vengeance for your family.

The game mostly follows the same principle as its first game to keep it user friendly and simple. Making things complicated was never the intention as they wanted to make it one of the best. Three of the major game play aspects in the game were rooftop-to-rooftop, challenges and fighting system. Let’s start with the Challenges first as its one of the most important and interesting aspects in it.

-Challenges
Challenges are mini-mission scattered throughout the map around the whole of Italy. These missions earn you money which is required for many things in the game, including achievements. There’s not one challenge to choose from but from many. These include:- races, horse race, assassination contracts, beat em up and etc. These mini challenges increase the time span of the game. A person might get bored after doing them for a long time since they mostly have the same objective, but for the start they are very good and even later on are, if you need more money. Sometimes these missions help you later on in main missions as they give you the needed skill to counter the challenging skill of the A.I.

-Rooftop-to-Rooftop
One of the most important aspects in the game which has been here since its first game. The rooftops are an Assassins best friend, as they not only provide him free and safe passage to his target or location but they also get him there much more quickly than compared to the streets. By taking the rooftops an Assassin also avoids the prying and alert eyes of the city guards who lurk every corner in an attempt to catch those who defy the laws. The whole city is rooftop accessible, even the towers so this is one of the greatest features still found in it, which was also found in its first game, Assassins Creed.

-Fighting System
What is an Assassin who does know how to fight?. Only being stealthy is not the main aspects of an Assassin. He must be agile, quick and be able to get out of trouble, even if it involves taking out a few enemies, whether in unarmed combat, sword combat or long ranged combat. And this game provides that very feature to Ezio. He is not only trained in unarmed and close combat but also in sword and long range weapons. The game delivers the user’s one of the easiest yet the most effective fighting system. It is not only easy but also delivers a vast arsenal of choices.

The game has graphics that will make you desire nothing better. They are perfect. From the buildings to the character detail and textures around the whole city. Seeing big the world is, truly the graphics are fitting for such a huge world. The rendering is fast and good and the lightning effects can be clearly seen, as the game as a Day and Night cycle. So you can clearly see the sun moving around the orbit from its shadows. The environment adds to the beauty of the game. In Venice, one of the locations in the game the water is so nicely rendered that it looks stunning and it really adds to the force that attracts the gamer to play the game. Lightning effects are correctly portrayed as the shadow of Ezio and other people and objects in the game is given off correctly. Character details are clearly visible. From his facial hair to the textures of the clothes and other such objects. These things just make the game more amazing.

Assassins Creed 2 is one of a great release. Its anticipation was correctly perceived and so it is really worth the play. With a good flowing game play and great graphics and an amazing game play embedded, it is one of the greatest games out there. If you’re deciding to buy it or not, I'd say, please give it a try and see if it doesn't impress you in one way or another.

All Images Are Copyright to IGN Corp. 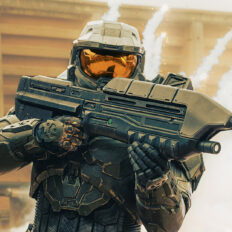 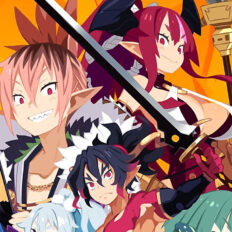 Disgaea 7: Vows of the Virtueless Coming West on PC, PlayStation, and Switch in 2023 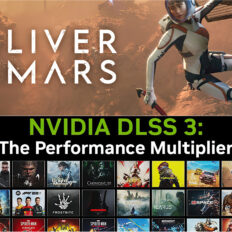 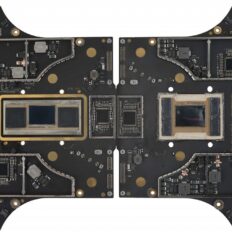