The ASRock Z390 Phantom Gaming 7 is styled in black and silver with red accents across the PCB and PCH cover. This is a mainstream product that retails at $195.99 US so expect lots of features packed inside this motherboard. The motherboard comes in the standard ATX form factor.

Next to the socket are four DDR4 DIMM slots which can support up to 64 GB dual channel memory. These slots are rated to support XMP profiles up to 4300 MHz (OC Plus). Each slot is labeled, making it easier to install DIMMs in the proper orientation.

If you look in closely, the heatsink solution comes with heat pipe cooling that runs across the entire length of the dual heatsinks. ASRock is also using an aluminum-based heatsink under the IO cover which can provide even better thermal operation under load.

ASRock is using their PCIe steel slot design on the sides of the expansion slots which provides protection to some extent. It adds more retention and shearing resistance by reinforcing the slots with metal plates. Aside from adding more protection, they do look really sweet.

Both M.2 featured on the motherboard are equipped with the M.2 Armor heatsink that comes with a large metallic plate, acting as a heatsink and further includes a thermal pad that can sustain higher temperatures when storage devices (M.2 SSDs) are stressed for long durations.

The PCH is cooled off by a large metallic heatsink which runs next to the SATA ports. The PCH heatsink has embedded RGB LEDs and provide a good light show for those that are interested in RGBs trend. You can also turn off the LEDs entirely through ASRock’s bundled software if you are not a fan of such LEDs.

Storage options include eight SATA III ports rated to operate at 6 GB/s. These can support eight different storage devices at once. There’s also a USB 3.0 front panel connector. Many fan headers and jumpers can be found beneath the storage ports.

The motherboard offers two LAN ports, one is an Intel Gigabit Ethernet powered (1Gb) while the other is a 2.5 Gigabit LAN powered by the Dragon RTL8125AG chipset. The motherboard also has cutouts for dual antennas on the rear mounted I/O shield. Although the motherboard does not include built-in wireless functionality, an M.2 WiFi slot is provided for users to integrated their own (compatible) WiFi cards for extended functionality. 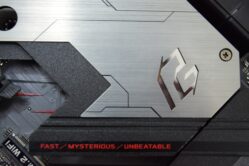 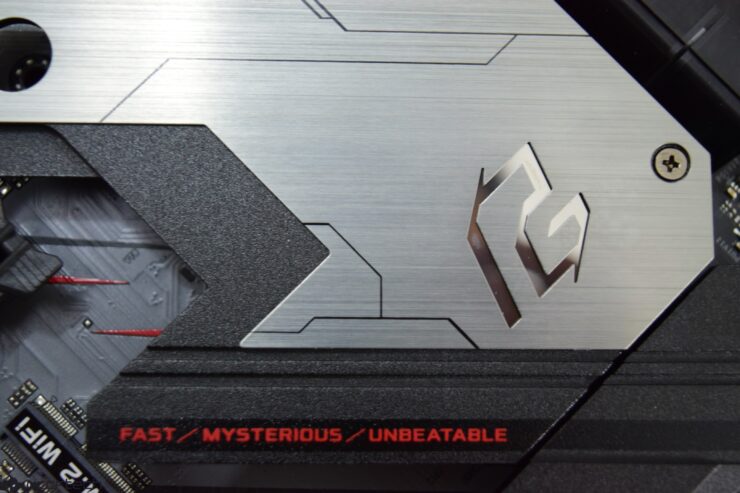