The ASRock X570S PG Riptide is a great motherboard at its $185 US retail price. The board features a fanless heatsink design which is a highly requested feature & also packs brand new additions in this price category that were missing in the initial X570 lineup from ASRock. To start, we have a new and refreshed all-black design with silver finishes that looks great. There are less flashy RGBs on the board and more focus on giving in a stealthier look.

Performance for this board is superb with it having no issues running the AMD Ryzen 9 5950X CPU in synthetic workloads and gaming benchmarks. Its performance matches what we would expect a high-end X570 board to deliver with AMD's flagship mainstream CPUs. That's also due to the new 10 phase VRM design which is a step up from the Phantom Gaming 4 motherboard which featured a 6 phase VRM. There's more power running to the CPU and while the VRM heatsink might seem slightly inadequate, it does its job of keeping them under 70C though overclocking pushes them to 75C which is slightly towards the hot side but still nothing to worry about. 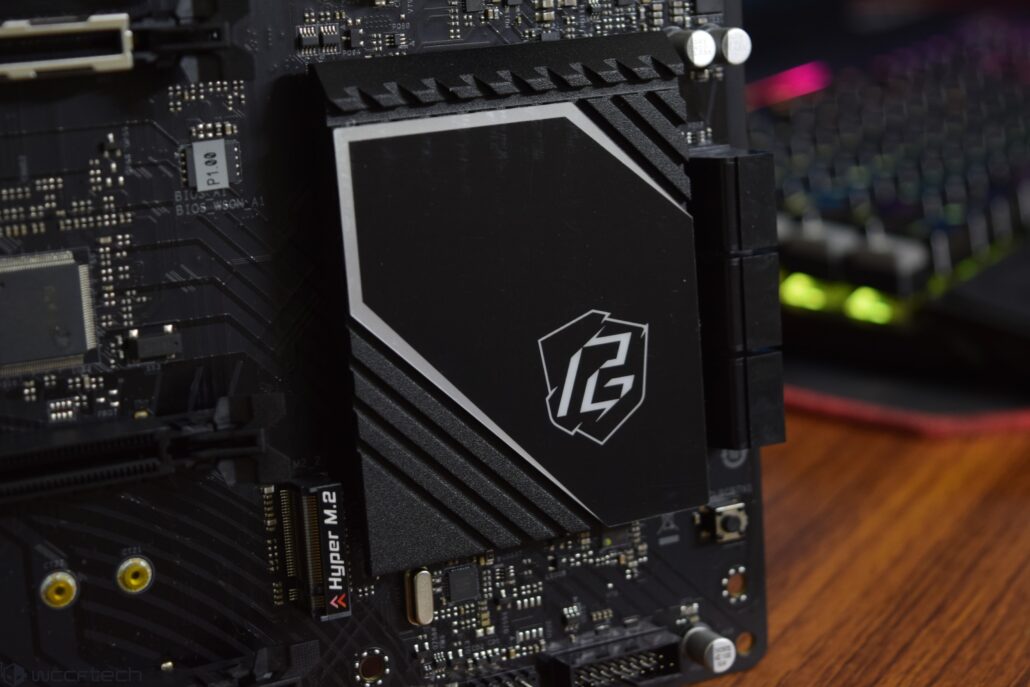 As for I/O, ASRock has delivered a nice feature set with loads of USB 3.2 Gen 2 ports though they are all 10 Gb/s ports. No 20 Gb/s port is included on the ASRock X570S PG Riptide and while you do get a faster 2.5GbE Killer LAN, the board lacks WiFi 6 capabilities. ASRock has included a 2-antenna slot on the rear panel I/O and an M.2 WiFi Key-E port that users can slot in a WiFi AIC. Another thing that lacks on this budget motherboard is a pre-installed rear panel I/O.

By now, it should have been a standard. The Audio is also lackluster which still includes an ALC897 codec instead of the newer ALC 1220. In the end, these are nifty features which if included would have made the PG RIPTIDE a killer option but at $185 US, it's still an impressive and silent solution that would run your AMD Ryzen 5000 CPU without any issues.