As we march into holiday season a lot of people’s thoughts naturally turn to loved ones and the highs and lows shared with them over the years, which makes this the perfect time to release a game like Arise: A Simple Story. Created by freshman Spanish developer Piccolo and published by Techland (yes, the guys behind Dying Light) Arise is a reflective sort of game about family, love, loss, and a variety of other things that might just be on your mind after a busy weekend of Thanksgiving dinners.

Is Arise: A Simple Story the perfect palate cleanser for those needing a break from this holiday’s belt-busting triple-A feasts? Or does this simple story fail to rise to the occasion? Time to put it to the test… 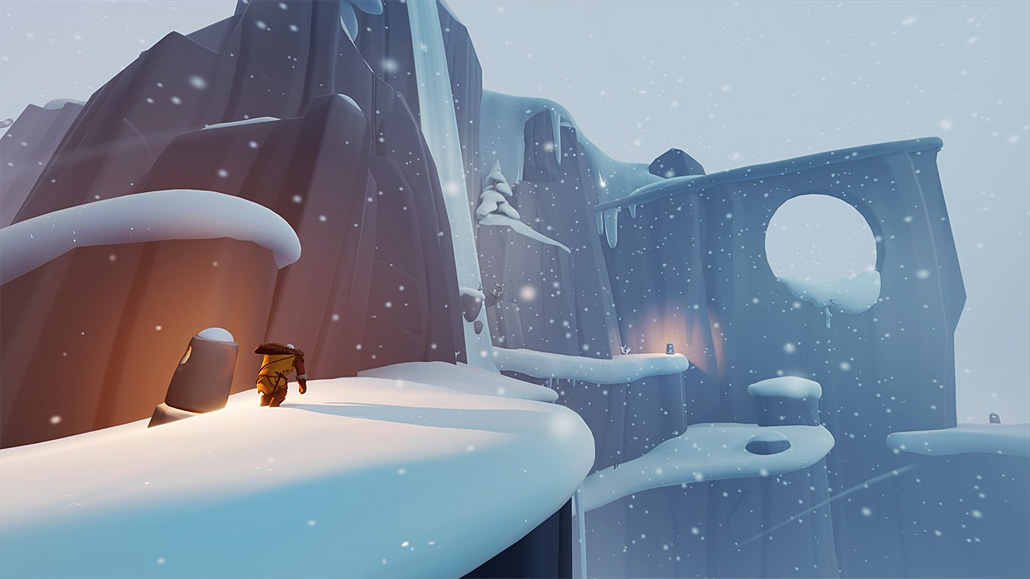 Arise: A Simple Story begins with your death. You play as a recently-deceased old man, who, following his Viking funeral, finds himself in a limbo of sorts made up of dreamlike memories from his life. Most of these memories involve his wife, as they meet, fall in love, decide to start a family, and deal with challenges both big and small. If you’re expecting any big plot twists, prepare to be disappointed – as this game’s title clearly spells out, this is the simple story about one relatively normal couple.

That said, Arise doesn’t hold back from delivering some heavy emotional body shots. Without revealing anything too specific, if pregnancy, childbirth and related topics are something you’re particularly sensitive about, this game will likely hit you hard. Arise’s story is basically that one scene from Pixar’s Up (you know the one) expanded to full game length, so keep some tissues and excuses about dusty rooms handy. You can only review so many sentimental indie games before you get a bit jaded about them, and I’ve reviewed a lot, but even I found myself a bit choked up at times. 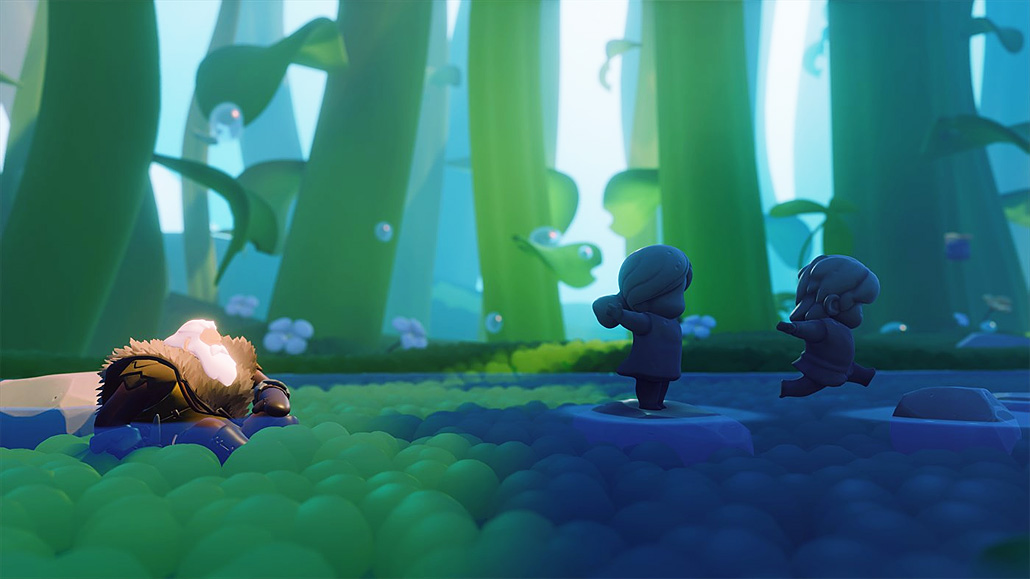 Arise sports a simple, stylized look seen in numerous other indies of this type – think Journey, Rime, or The Witness (to cite just a few). This is a particularly lovely example of the style though. Each of the game’s 10 stages are visually unique and do a great job of reflecting their one-word theme. “Joy” is filled with gorgeous sun-dappled fields of sunflowers, “Romance” is a warm, glowing tunnel of love, and some of the darker later stages are appropriately cold, bleak, and imposing. Arise doesn’t have any spoken dialogue, but the game’s gorgeous orchestral soundtrack, created by Hellblade: Senua’s Sacrifice composer David García, perfectly enhances the mood of every stage.

So, Arise tells its simple story well, but how does it actually play? At its core, the game is a pretty simple platformer – you jump, scale cliffs, and deploy a grappling hook to swing over gaps or pull on certain objects. The big curveball is you can wind time backward and forward by simply tilting the right analog stick back and forth. You can also freeze time by holding down the R2 button. Each stage does something a little different with the time-bending mechanic – you’ll position bits of crumbling cliffs and boulders to use as platforms, pile up snow to reach new areas, manipulate raging fires, and more. Arise could stand to explain each level’s gimmick a little more clearly, but your limited abilities and the linearity of the game’s level design means you can clear up most confusion with a bit of trial and error. 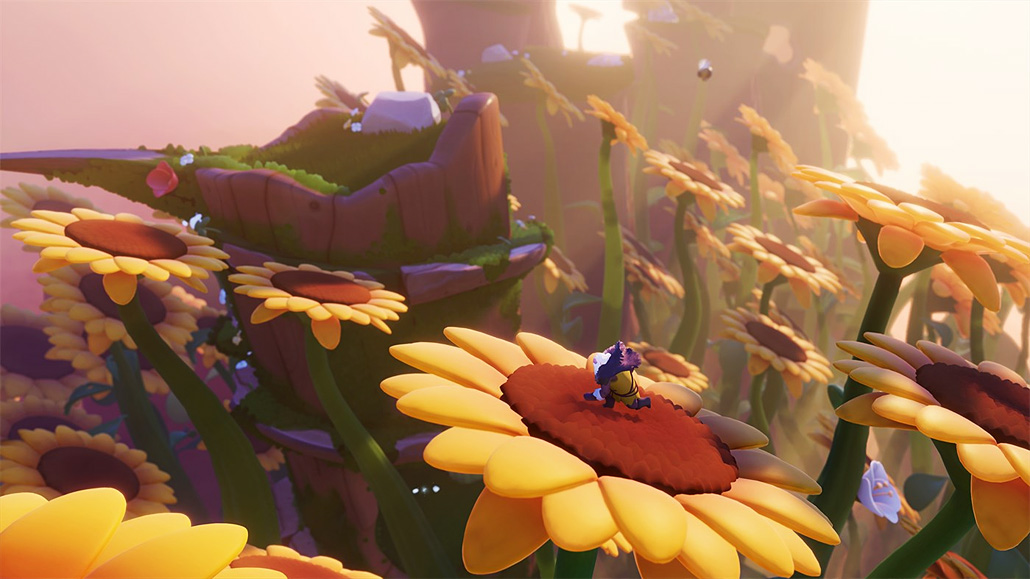 Unfortunately, while Arise’s levels are inventive, its basic platforming is kind of a mess. The game’s controls are a bit stiff and I never really got a firm sense of character’s capabilities. Exactly how far can the old guy jump? It felt like it varied depending on the individual level and situation, although that’s probably partly due to the game’s maddening camera. The game’s zoomed-out isometric viewpoint makes it very difficult to judge where platforms are in relation to one another – often I’d miss basic jumps because two platforms that seemed like they were right beside each other were actually on different planes or much further apart than they looked. This is a game that desperately needs full camera control, but that’s impossible because the right stick is devoted to time manipulation. These kind of camera and perspective issues have plagued 3D platformers since their inception, and, frankly, games like Super Mario 64 dealt with them better over two decades ago. It’s hard to overstate how frustrating this game can be at times. 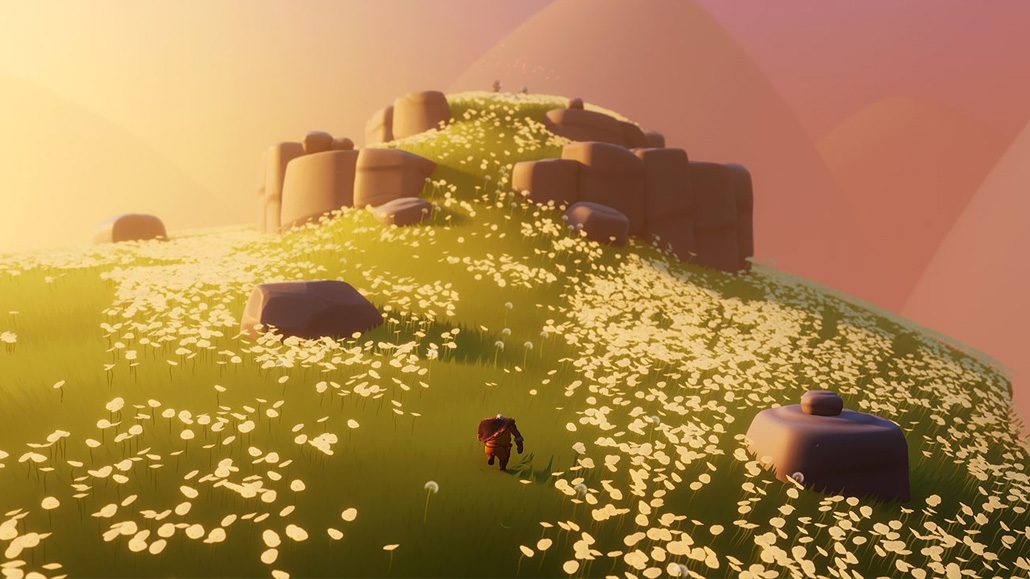 If you aren’t driven to distraction by its camera, Arise: A Simple Story does deliver solid value for its $20 asking price with a story that will take around seven hours to complete. Add another two or three hours to that total if you want to clean up all the collectibles. The game does have a co-op mode, but it’s too basic to add much value (one person handles the platforming while the other controls time). Still, if you pick this one up as a weekend distraction, you won’t be rising from the couch much until Monday.

This review was based on a PS4 copy of Arise: A Simple Story provided by publisher Techland.

Arise: A Simple Story is a beautiful, moving experience I couldn’t stop swearing at. The game delivers a lovely yarn and some clever level design, but clunky controls and an infuriating camera leave this platformer stranded in purgatory. Arise’s story may be worth your time, but only if you’re the patient type. Simple as that.