The alien invasion of Earth is a setting that has been literally beaten to death in entertainment. Whether it's movies, books or video games, mankind has always failed to stand against visitors from outer space on the onset of the invasion, only managing to survive after the almost complete devastation of the planet. 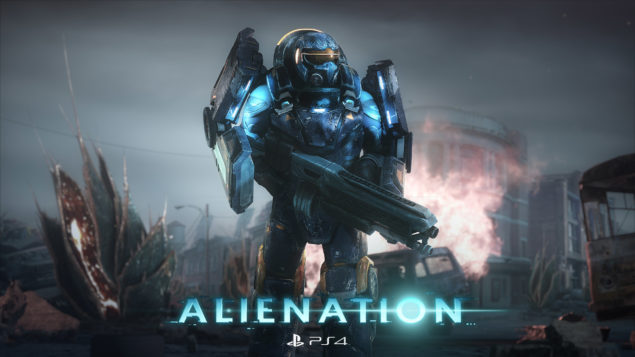 Such a setting is just perfect for any video game, giving developers freedom to create all sorts of weaponry, enemies and more. Housemarque is no stranger to this type of setting, either, but the team has dialed everything up quite a bit in its latest shooter game, Alienation, creating a very well crafted game that all fans of the genre will definitely enjoy.

Surprisingly enough for this type of game, Alienation features plenty of story content. The planet Earth has been invaded by mysterious creatures from outer space, the Xenos, and their successful invasion has vastly reduced human population and resources. In the final attempt to win the planet back from the Xenos, the Nnified World Government, named UFX, has developed exoskeletons, making this mechanized infantry the last hope for humanity. During the course of the game, the captain of this infantry unit will travel all over the world, fighting off the invaders, activate powerful weapons and much more. The Alienation's story is told by the pre-
mission briefings as well as plenty of dialogue during the actual missions, which give players more insight on the mission, the current situation and some of the main characters. The story is nothing to write home about, to be honest, as it follows pretty much all the clichès of space invasion stories, and it's actually pretty difficult to follow it at times, as the game's constant frenetic action makes it almost impossible to focus on the radio communications during these heated shooting sequences. Not that following the story is needed to truly enjoy
Alienation: its gameplay experience is so good and fun that there's really no need of another incentive to continue playing the game.

The basic Alienation gameplay experience has been heavily influenced by another top down shooter developed by Housemarque, Dead Nation. In the game, players will be controlling their character in a top down view, using the left stick to move around and the left one to aim. The game offers plenty of offensive and defensive options outside shooting, as it's possible to employ a melee attack and quickly dash out of the way. The Dead Nation feel and similarities are only on the most basic of levels, as Alienation features a higher level of complexity that makes the whole experience deeper and way more involving. Before starting the main campaign, players can choose between three different types of exoskeletons, which grant access to different weapons and special abilities. As part of their loadout, players can bring one primary weapon, one secondary weapon, one heavy weapon and a variety of equipment, special weapons with different ranges and capabilities such as cluster and remote grenades, mines and more. As if all this wasn't enough, players can also unlock several special abilities by spending skill points obtained by leveling up and customize weapons by using cores, which can increase the weapons' stats such as power, critical hit rate, fire rate and more. The game also features a robust loot system, with weapons coming with different stats that can also be re- rolled with the corresponding materials, which are obtained after completing missions or by salvaging unwanted weapons. Weapons and skill choices can also be altered during the course of the mission, so players aren't forced to quit it if they have made some bad choices beforehand. 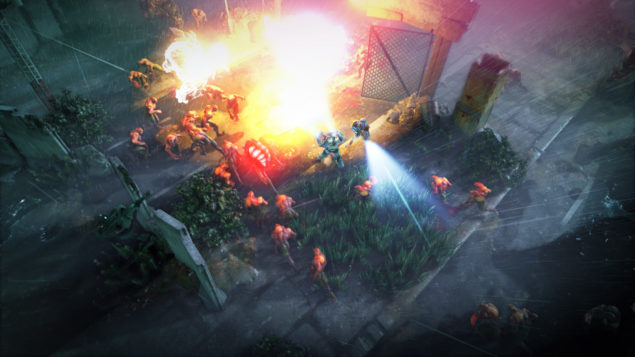 With so many gameplay mechanics, Alienation might seems a bit confusing at first glance. Thankfully this is not the case, as it takes very little to understand all these mechanics. In as little as a single hour, players will be swapping and upgrading weapons as if it was second nature. It's really impressive how the team managed to include so many different mechanics in the game and make everything flow so well.

All these mechanics would mean very little if the actual shooting wasn't satisfying, and in this regard, Alienation completely delivers. There's really no respite during the game's many missions: as soon as players move towards the current objective, they will be swarmed over by a huge horde of different Xenos types. The basic Mutant type doesn't require any particular strategy, but other types such as the Snipers and the Seekers require players to carefully move around before starting their offensive. Bigger Xenos are even a bigger threat, as their attacks can deal huge amounts of damage. Thankfully, the game provides players with all the tools needed to dispatch these powerful creatures, as all their peculiarities are listed in the Bestiary, which is accessible at any time. Just don't expect to have time to plan an actual strategy, as the fast paced nature of the action requires players to always stay on their toes, making the game quite challenging even at the lowest difficulty level. Masochists, or those looking for better loot, can also increase each missions' difficulty level. For those who really want to be challenged, the team has also added a Hardcore mode, with no respawns: once dead, players will have to start from the beginning of the mission.

Alienation's missions take place all over the world, with players being able to explore locations in North and South America, Europe and more. Each location, which is quite big and filled with collectibles, includes multiple missions that are unlocked progressively. There will be times when players will have to go through the same locations multiple times, but the different enemy placements don't make it feel repetitive at all. Adding more variety to the experience are the different mission objectives, ranging from destroying Xenos nests, activating certain devices and more, and some randomized special events, such as special Xenos that are very difficult to defeat, hordes of Xenos assaulting players from all sides and more. This, coupled with the fact that all missions' starting level is scaled with the players', adds plenty of replay value to the game. 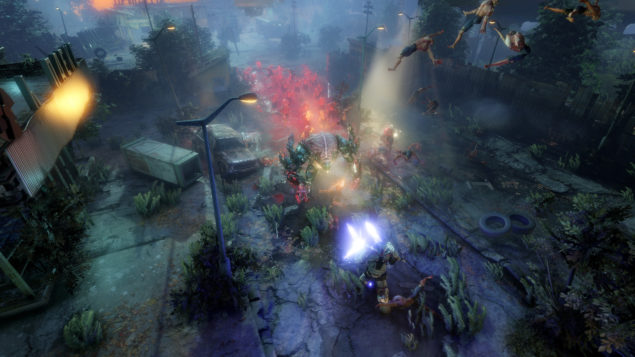 One more feature that elevates the Alienation experience is its online component. Right before the beginning of each mission, players can choose to join another player who's playing the mission or start it from scratch as a squad leader. By making their own mission public, up to three other players can join in on the action at any time. Playing with others not only makes the whole experience more fun, but also somewhat easier, as it's very easy to get overwhelmed by Xenos coming from all directions. Considering that randomized events such as Hordes and special Xenos are always around the corner, having some companions is quite helpful to preserve one's life and keep the XP multiplier going. The Alienation multiplayer experience isn't just limited to co-op, as the game takes a page from one of the more popular modern action role playing game series, the From Software developed Souls series. Before beginning a mission, players can also make it open to invasions from other players, opening up some PvP features.

With such constant action, bad performance could have vastly impacted Alienation. Thankfully, Housemarque also delivered on this front, with Alienation keeping a steady 30 FPS framerate at all times, even when the screen is full of enemies and special effects. Not a small feat, considering that Alienation looks great sporting beautiful graphics, flashy explosions, weather effects and more. The excellent graphics and solid performance manage to make Alienation an even better experience.

At the end of the day, Alienation is without a doubt a very well crafted and solid twin stick shooter game thanks to its frenetic gameplay experience, customization possibilities, solid loot system and online features. With the game being focused on some of its multiplayer components, the current lack of local co-op could make the game feel a bit repetitive for those who don't want to play the game online. This is the only true flaw of the game, as Alienation is a game that even those who haven't played many top down shooters can enjoy it quite a bit.