A Cure For Wellness Review: Is This The Horror Thriller You’ve Been Waiting For?

Say what you will about A Cure For Wellness, but whatever this movie is, it certainly isn’t your average Hollywood blockbuster. Combining beautifully shot surrealism, B-movie-esque horror gross-outs and atmosphere by the bucket-load, at times, The Ring director’s latest can be captivatingly bizarre viewing. At its best, this is a movie that manages to capture Guillermo Del Torro’s flair for horror while delivering the twist and turns of a modern day psychological thriller.  Yet while Gore Verbinski initially succeeds at building tension and crafting an intriguingly twisted gothic setting, poor pacing and a paper thin narrative ultimately lead to a movie that slowly crumbles under the weight of its own potential.

It’s a shame, because during A Cure For Wellness’ first hour it’s actually incredibly compelling cinema. Opening with a city-worker suffering from an agonizing heart attack at a water cooler, Verbinski immediately establishes what soon become the movie’s calling card – a terrifying new way of looking at water.  After the firm learns of the accountant’s death, we’re swiftly introduced to our instantly unlikeable protagonist, Lockhart. Dan Dehan is in his element as the young and narcissistic WallStreet worker,  and after audiences get a glimpse at how cold and calculating Lockhart can be, he’s soon sent to retrieve the company’s mentally-unfit CEO from a mysterious Swiss “wellness retreat”. 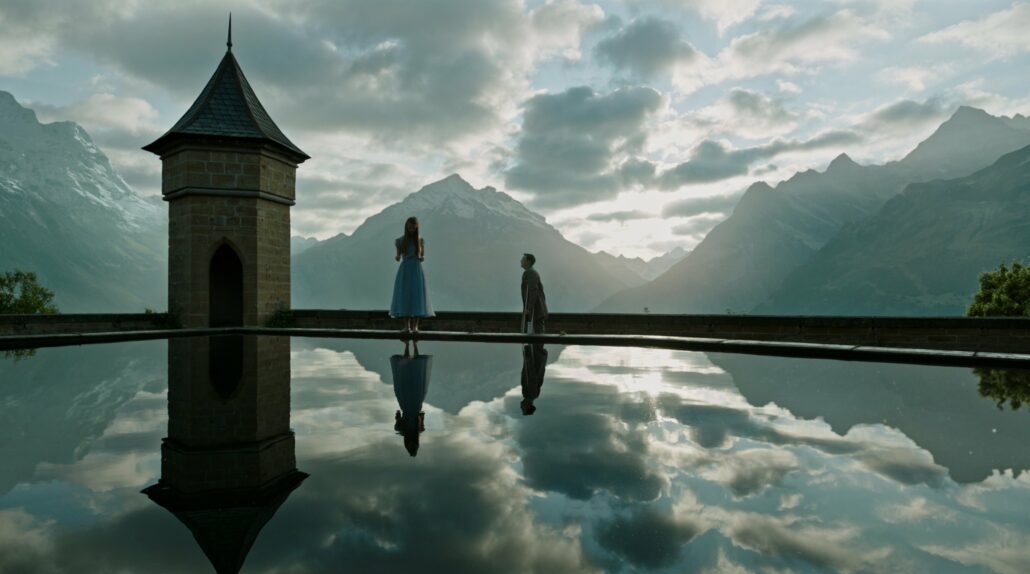 From the moment Lockhart arrives, Verbinski wastes no time in building up the tension. Contrasting beautiful shots of The Alps with the dark and foreboding hillside castle of the hospital, the director swiftly establishes that something is very clearly wrong. As Lockhart slowly begins to encounter the sanitarium’s more sinister side, A Cure For Wellness falls into its technical stride, using a mix of oppressive colors and lighting in combination with a skin-crawling audio mix to gleefully suck you into its impressively unsettling atmosphere.

Yet after the film’s finally engulfed you in the potential of its warped premise, all of Verbinski’s brilliantly orchestrated tension soon starts to fall flat. While the core concept is there, the movie can’t live on its presentation alone – and it soon becomes apparent that script-writer Justin Haythe has raised far more questions than he can satisfactory answer. After what feels like a painfully long mid-section, several unnecessary bait and switches rapidly turn nail-biting tension into watch-checking tedium. 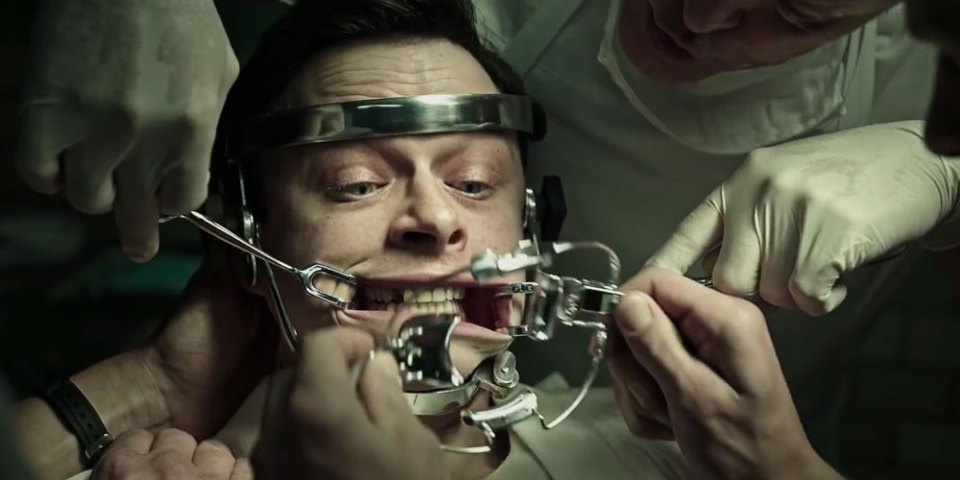 It’s at this point that it almost feels as though Verbinski became aware of the time too. With it rapidly approaching the two and a half hour mark, it soon becomes a race to the finish line, impressively resulting in an overly long movie that somehow feels hastily concluded. After signposting two of the movie’s big reveals right from Lockhart’s arrival at the retreat, the castle’s carefully constructed stack of secrets eventually crumble into a disappointingly incoherent mess. With Jason Isaac’s initially menacing Dr. Heinrich Volmer descending into cartoon villain territory and the film’s final point plot implausibly wrapped up in just a few short seconds, a story with huge potential is swiftly reduced to a bafflingly and cliché-ridden mess.

Despite its faults, A Cure For Wellness is an admirably weird blockbuster. Yet while its concept and presentation make for an intriguing first half, thanks to a hastily mashed together conclusion, the story spectacularly fails to live up to the movie’s stylish brand of horror. There’s certainly some entertainment to be found here, but you’ll most likely leave the theater wondering about the brilliant B-movie horror flick that could have been.

Despite its faults, A Cure For Wellness is an admirably weird blockbuster. Yet while its concept and presentation make for an intriguing first half, thanks to a hastily mashed together conclusion, the story spectacularly fails to live up to the movie’s stylish brand of horror. While there’s certainly some entertainment to be found here, you’ll most likely leave the theater wondering about the brilliant B-movie horror that could have been.