However thats not what we're concerned with today. Today we're going to see how well the upgrades to the Retina MacBook go against the previous versions in performance benchmarks. Good news for those looking to upgrade in this department. Both the 13 inch and the 15 inch versions seem to perform better in Primate Labs' benchmarks for the notebooks, as you can see below. 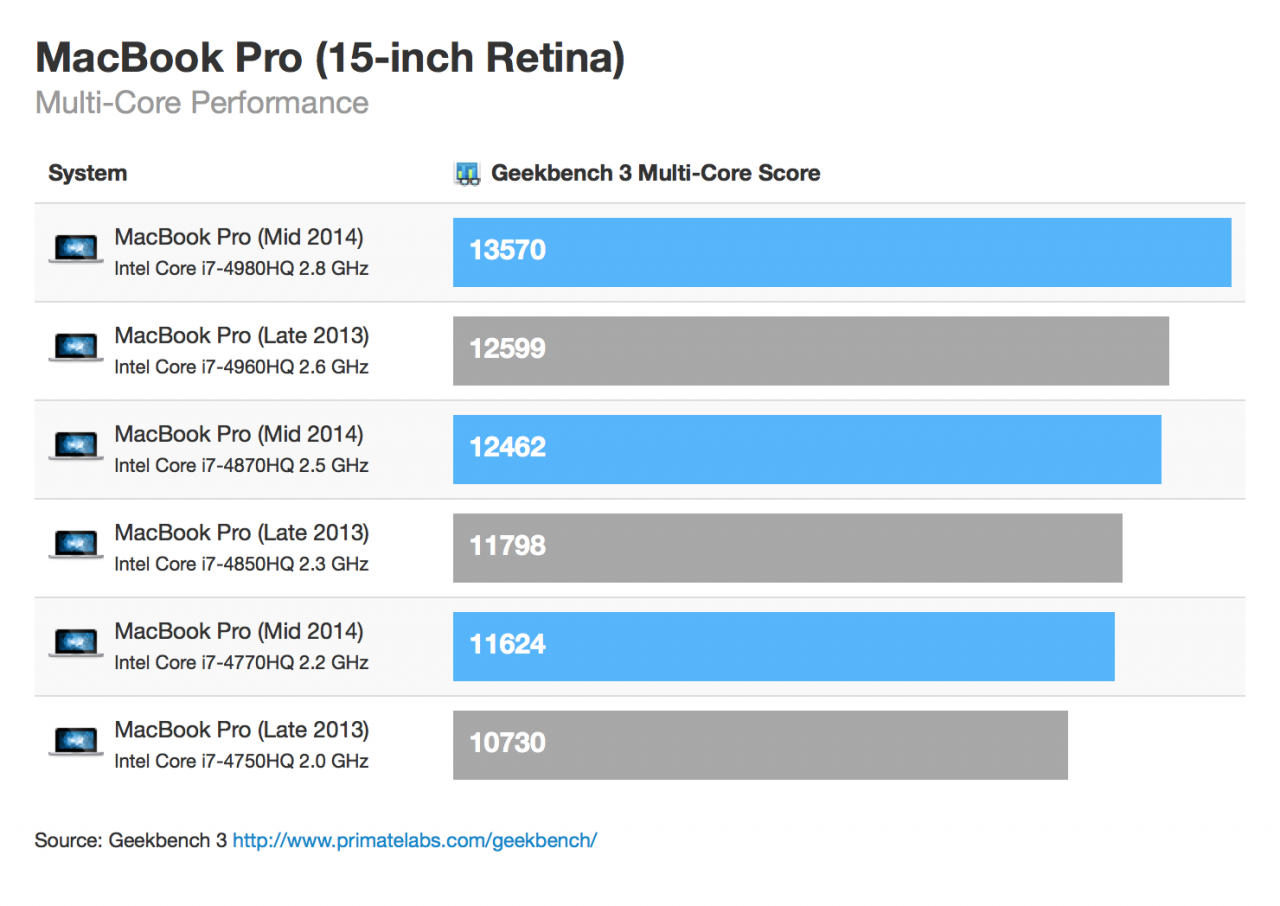 As you can see above, the 15 inch Retina MacBook Pro gains significantly over last year's offerings. The fastest version of the notebook, the quad core 2.8 GHz Core i7 version gains almost a thousand points over its predecessor, which translates into roughly 8%. Performance benchmarks for the 13 inch Retina MacBook pro can be seen below: 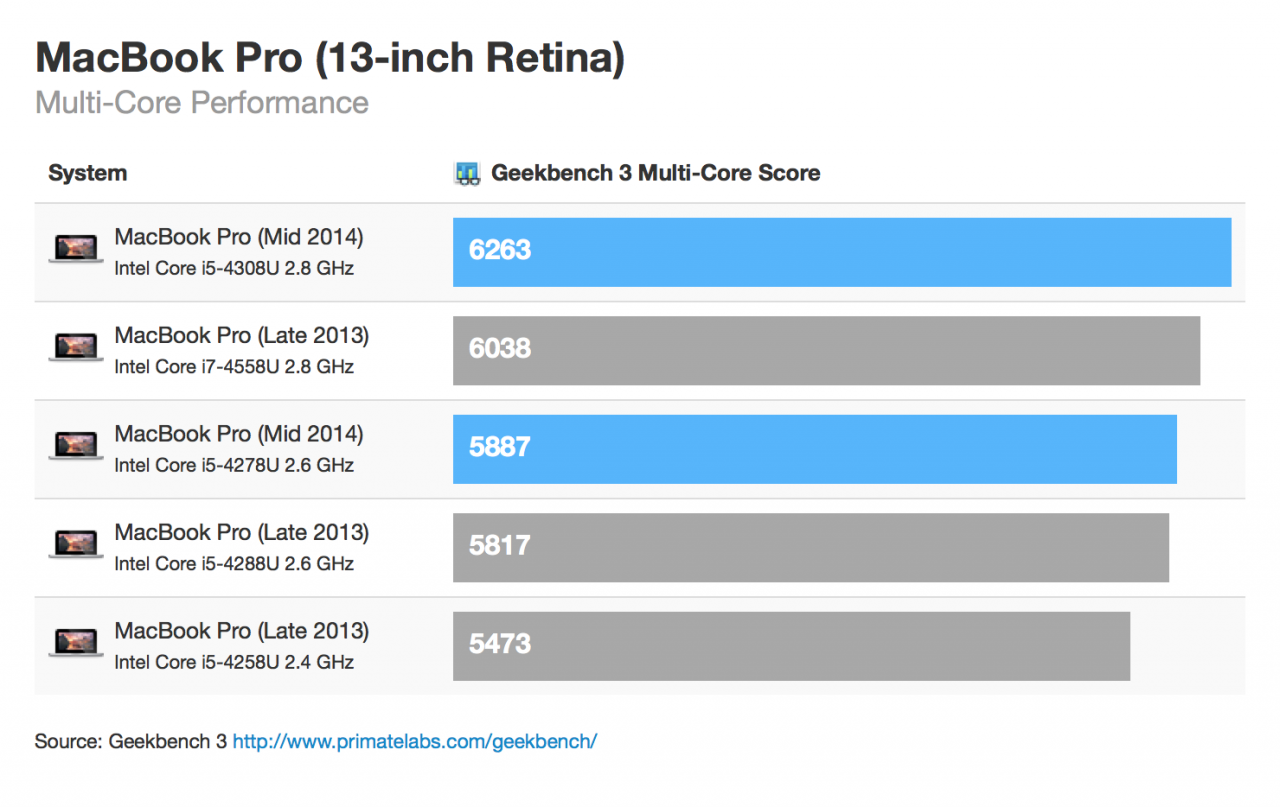 The 13 inch Retina MacBook pro fares much better on the Primate Labs benchmark. The fastest offering gains more than 2000 points over its predecessor. Such gains are of course to be expected and nothing surprising. So thats all folks. Keep following wccftech to stay updated on the Retina MacBook Pro and more.