Capcom announced the impressive sales numbers for its latest Resident Evil installment in its most recent earnings report for the 3rd quarter of its current Fiscal Year, which ends on March 31, 2022. 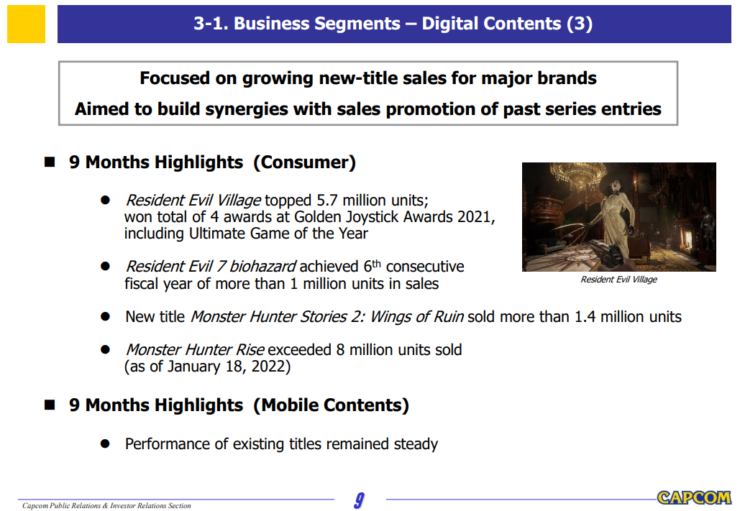 Resident Evil Village was launched globally back in May of 2021 across PC and consoles, and this means that Capcom managed to sell all of those copies in less than 9 months, thereby making Village the fastest-selling entry in the Resident Evil franchise to date - a feat that Capcom already announced back in May of last year when it announced that Village sold more than three million copies in its first four days.

The first-person action in Resident Evil Village begins when players assume the role of a distraught and shattered Ethan as he seeks to uncover the mysterious new horrors that plague a once peaceful village. Throughout this terrifying journey, players will fight for every breath as they are hunted by vicious new enemies that have infested the snow-capped locale. Channeling the capabilities of next generation consoles, the detailed realism and relentless feeling of fear will increase with each desperate battle for survival, while moments of calm will leave players wondering what new horrors await.