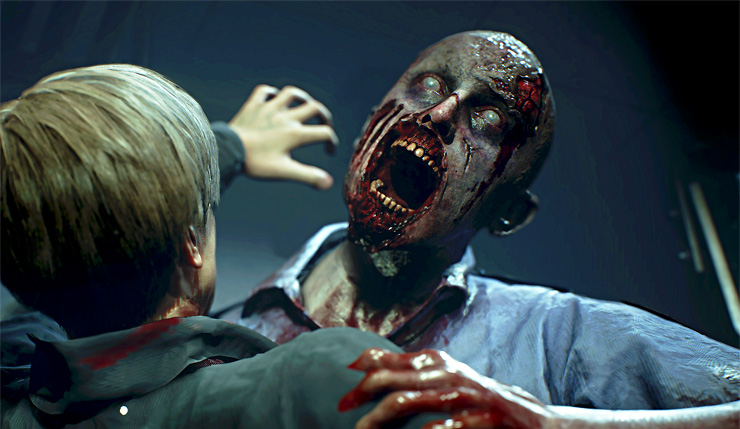 Twitter user AestheticGamer (aka Dusk Golem on the ResetEra forums) was one of the first people to leak accurate information about the RE3 remake, and now they’re saying Resident Evil 8 is “years away.” Apparently, there was a version of RE8 being developed by Capcom’s core RE team as early as 2016, but it was put on hold in order to focus on RE7 DLC and RE2, and has since been scrapped entirely. A new version of RE8 began development only six months ago. Unfortunately, there aren’t any other Resident Evil remakes in the works either.

That said, it’s not all bad news. Some other Capcom classics are being redone using the RE Engine, and some sort of new Resident Evil game is coming out next year, it just won’t be RE8 or another remake. Here’s Dusk Golem’s full Twitter thread…

I guess I can talk about this because people keep on asking me, but I'm going to warn I won't talk about Resident Evil leak stuff for a long while after this so don't be surprised if I don't respond to specific questions.

So yeah, Resident Evil 8 is years away.

There was a version of RE8 that was in development since late 2016, though it went on pause during 2017 due to needing more hands on for RE7's DLC and RE2 (which was behind schedule at the time). Still, there was an RE8 version that was in the works for a few years.

However, it actually got officially scrapped and the project rebooted only like 6-7 months ago, so the "final" RE8 version hasn't even been in development for a full year yet. Now these reboots often go faster because some assets and such are carried over, but don't expect RE8

There also won't be any Resident Evil remakes out in the next few years after RE3. There is a couple other Capcom games being rebooted in the same vein as RE2 & RE3 though in the RE Engine, which should be seen pretty soon.

There is another Resident Evil game

which will probably release next year, but it's not a remake nor RE8.

And that's all I'm gonna' say, now don't bother me about RE for a while please.

Of course, as always, take these rumors with an appropriate amount of salt, but still…interesting stuff. What might this unnamed 2021 RE game be? Could we get another Resident Evil: Revelations game? Or will it be something completely original? Oh, and what about those unnamed Capcom RE Engine remakes? Fingers crossed for Dino Crisis!