Red Dead Redemption 2 might be one of the most rumored games in all of the industry. Ever since the 2010 release of RDR, a potential sequel has been discussed every once in a while, particularly after Take-Two CEO Strauss Zelnick labeled Red Dead a "permanent franchise".

A couple days ago, Neogaf user Mideon posted a map of Red Dead Redemption 2 which we've embedded below. 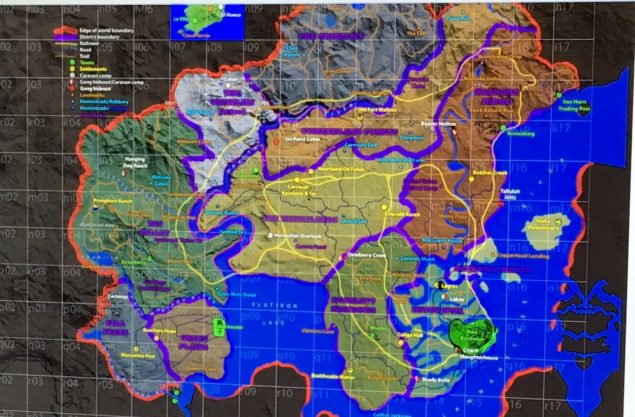 Today, Techradar confirmed via an independent source the veracity of the map; they also mentioned that the map is just east of Red Dead Redemption. RDR2 is also expected to be a prequel.

There at least two interesting highlights to be taken from that map. First of all, in the bottom right you can spot New Bordeaux, which is the fictional name of the New Orleans we'll see in Mafia III (developed and published by Rockstar's parent company, Take-Two). Moreover, there's a lot of water in the map along with plenty of little islands; Red Dead Redemption didn't allow players to swim, but this might change in this new game, perhaps even featuring boats.

There's no guarantee that it will be called Red Dead Redemption 2, mind you. Regardless of that, we'll be reporting anything relevant on this highly anticipated title, so stay tuned.