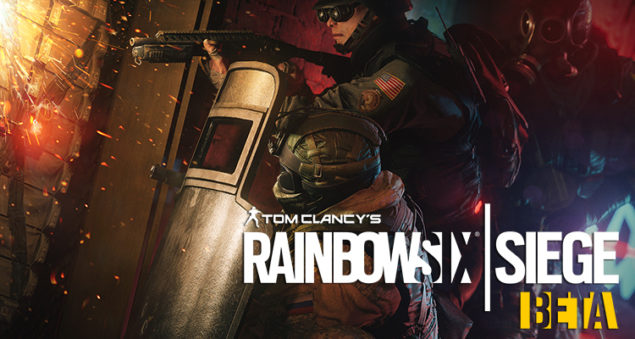 Everyone will be able to try Rainbow Six Siege before its December 1 launch. The Open Beta went live a couple of hours ago on all platforms (PC, PlayStation 4 and Xbox One), though it's currently restricted to participants of earlier closed beta events; general access will begin tomorrow and go on until November 29 at 16 (4PM) CET.

Here's a visual overview of the content you can expect to find in the Rainbow Six Siege Open Beta; there will be fourteen operators and five reserves, three maps (each one with its day and night variants) and three game modes. 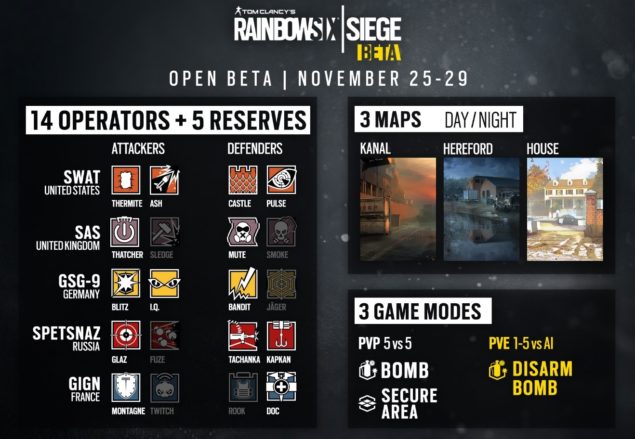 All character progression will be wiped after the event, as expected. If you're worried about the download size of the beta, here's how much free space you need to have on your hard drive:

On Xbox One, only Xbox Live subscribers will be able to play, while PlayStation users do not need to have an active PlayStation Plus subscription to access the Rainbow Six Siege open beta.

NVIDIA also shared a dedicated trailer about the GameWorks features available in Rainbow Six Siege. There will be TXAA and HBAO+ and you can try them already in the beta; as usual, HBAO+ should work on AMD hardware while TXAA will be exclusive to NVIDIA users.

Do you plan to buy the first new entry in the Rainbow Six franchise since Vegas 2 in 2008? Let us know by leaving a comment.