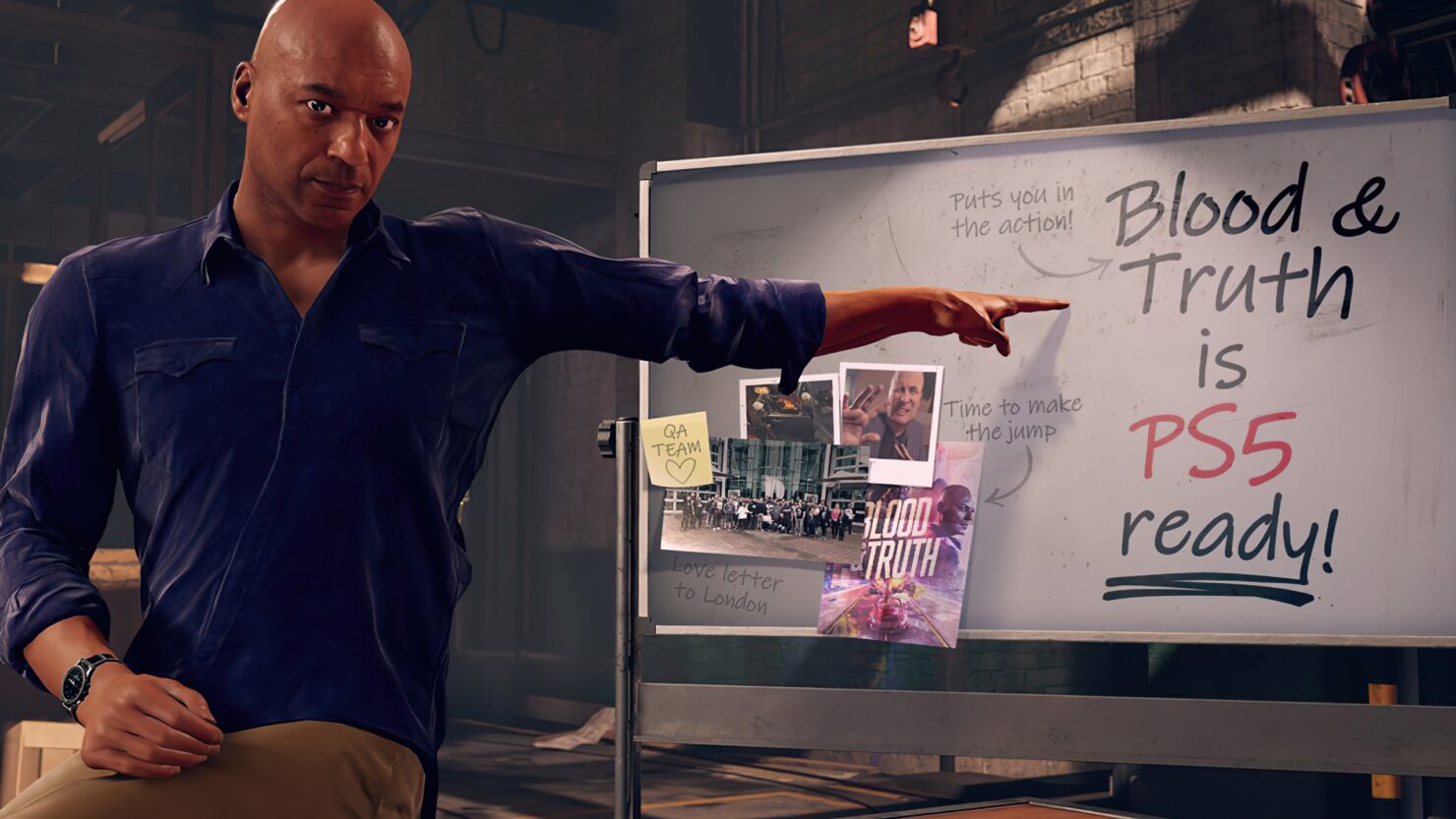 PlayStation 4 VR game Blood and Truth, originally released on May 28th, 2019, has been confirmed to be already equipped with a plethora of PlayStation 5 enhancements ahead of Sony's next-generation console launch scheduled in three days from now (in select countries, while others will have to wait for November 19th).

The news came directly from developer SIE London Studio, who shared the following info on Twitter.

Planning to play #BloodAndTruth on #PS5?

Our latest update means you already have the new enhancements for next gen to make the experience EVEN BETTER!

Blood and Truth received an average score of 80/100 according to Metacritic. You can now get it for $17.50 via Amazon.

BE THE ACTION HERO
Star in your own explosive action movie blockbuster with this PS VR exclusive shooter.

Battle through the crime-ridden London underworld as elite soldier Ryan Marks in your deadliest mission yet… to save your family from a ruthless criminal empire.

Take out your targets with breathless, over-the-top epic gun play as you drive, parachute and rappel across the city amid exciting set pieces.

Key Features:
• Experience the thrill of becoming a big screen action hero by wielding two PlayStation Move motion controllers – or a DUALSHOCK 4 wireless controller.
• Live every moment of the drama with a unique soundtrack of classic movie orchestral scoring and London grime – composed by leading artists.
• Wreak havoc through an unpredictable story packed with twists, turns and shocking revelations.

For our full review of the PlayStation 5 console, check out Kai's recent article.