This Private Internet Access VPN Deal Will Give You A 2 Year Subscription For Just $59.95 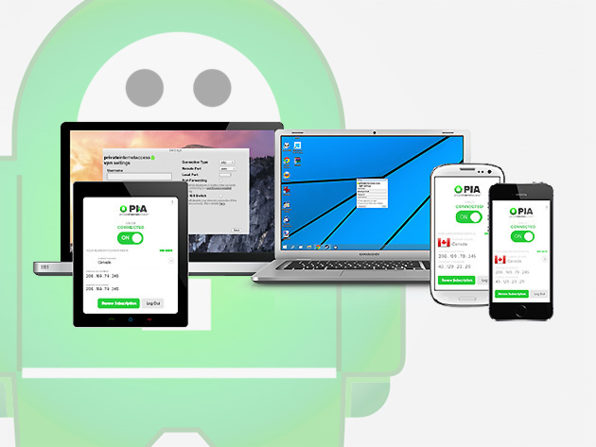 Private Internet Access VPN allows users to stay protected at all times. It will block hackers and government spies even if you are connected to a public Wi-Fi. It comes with an amazing level of encryption that puts an end to the never annoying digital advertising. IP cloaking is also offered that will allow you to access the Internet uncensored from any location. With Private Internet Access VPN the only gateways to the outside internet will be the ones you open. PC Mag rated it 4.5 out of 5 stars and according to Torrent Freak, “While many VPN providers say they do not log their users' activities in order to protect anonymity, it's not often their claims get tested in the wild. However, a criminal complaint filed by the FBI... notes that a subpoena sent to Private Internet Access resulted in no useful data being revealed about a suspected hoaxer."

Private Internet Access VPN has a lot of features. It will allow you to:

It will also encrypt data based on the cryptographically secure Blowfish CBC algorithm. It also includes a SOCKS5 proxy. It provides users with more than 3310 servers in 25 countries and regions and these include the following:

Private Internet Access VPN is compatible with Mac OS X, Windows, Linux, Android and iOS. You can purchase the product at this site and after purchase don’t forget to redeem your code within 30 days. This license will be valid for 2 years. So get the deal now before it expires. You don’t want to miss it.