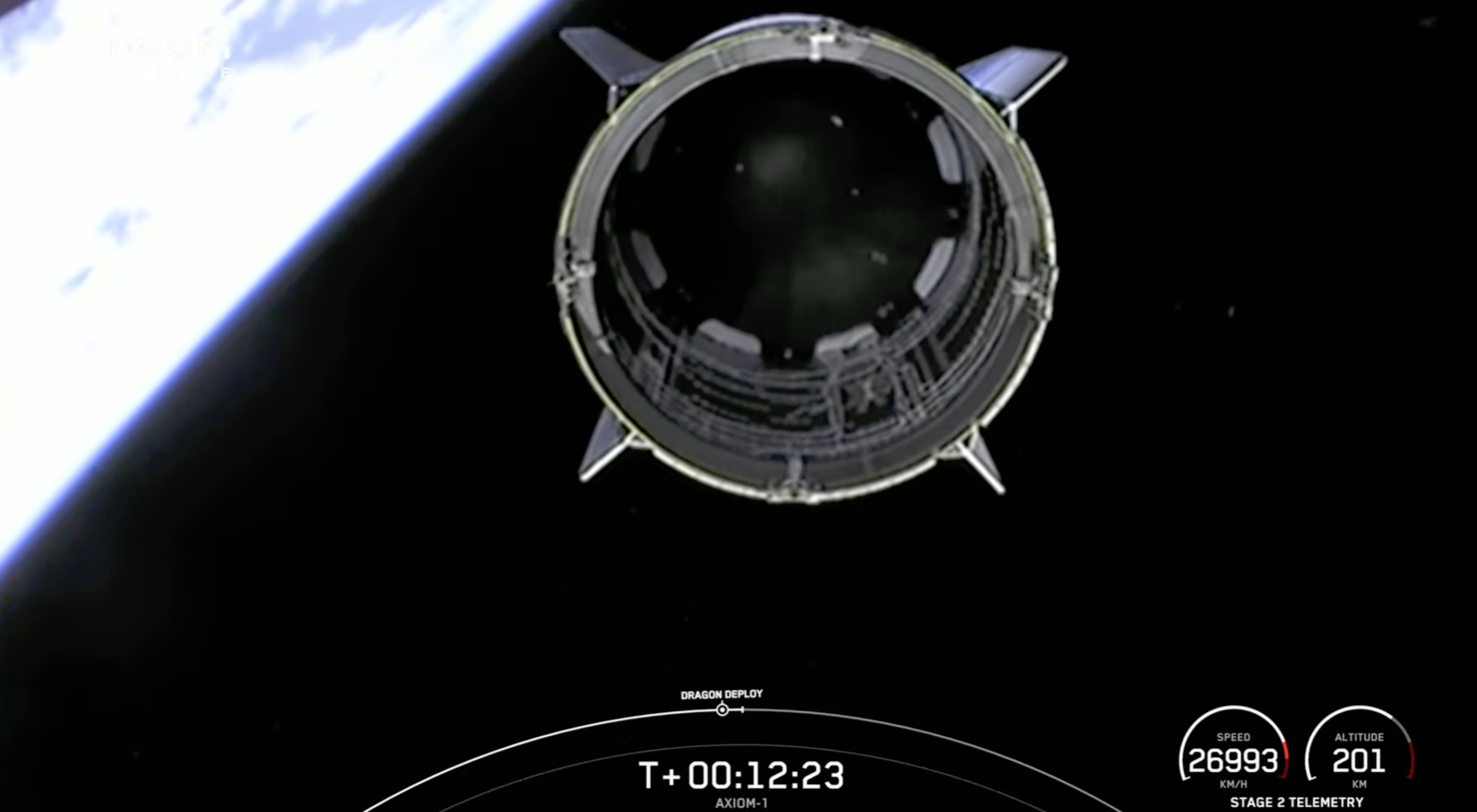 The SpaceX Crew Dragon as its starts its journey to the International Space Station (ISS) with the AX-1 crew on board. Image: SpaceX

As part of a historic mission taking the world's first private astronaut crew to the International Space Station (ISS), members of Axiom Space's AX-1 mission onboard the SpaceX Crew Dragon Endeavor shared their thoughts from space earlier today. The AX-1 mission took to the skies yesterday, and its crew will spend roughly a week at the ISS to conduct science experiments in a variety of fields. After completing their sleep period, the crew made up of Michael López-Alegría, Larry Connor, Eytan Stibbe and Mark Pathy spoke to mission controllers live from the Crew Dragon, marking the first time in human history that an astronaut crew has addressed Earth from space.

The AX-1 mission is being headed by Commander Michael López-Alegría who is a former Captain for the United States Navy and a retired National Aeronautics and Space Administration (NASA) astronaut. He has extensive experience as an astronaut, having conducted ten spacewalks in his career. Additionally, he has spent more than 60 hours in space, a NASA record.

Speaking to ground control, Commander López-Alegría started off by stating his position relative to the Earth and the speed at which the Crew Dragon was traveling, He explained that he and his crew will spend eight days on the ISS and had slept well.

As the Commander described:

Good morning, day, or evening, or night Earth. This is the good ship Endeavor on our way to the International Space Station on this historic mission, the first private astronaut crew. We're currently over the Southern tip of South America flying on a path that will take us over the South Atlantic to Nigeria out over around Cairo and into Lebanon, Syria, and then into Asia. We're traveling at about 8,000 kilometers - sorry, 8,000 meters per second - eight kilometers per second that's about little over 17,000 miles an hour at about 415 kilometers [ALTITUDE] or so. So about 240 miles or so. Our destination is the International Space Station, we plan to get there in just a few hours. My crewmates and I have eight day very jam packed schedule of scientific activities and outreach and we are very much looking forward to getting there. So far our Crew Dragon's been our home, We had a pretty good night's sleep last night after launching yesterday for us was very exciting obviously what a ride. I think there were smiles that are still being worn by the crew this morning. 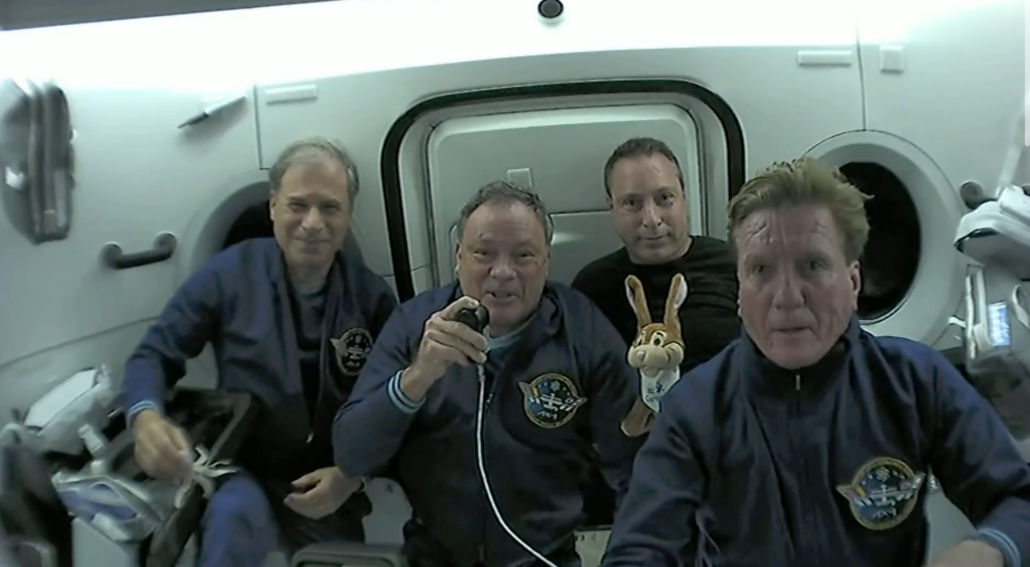 Alongside López-Alegría, non-profit activist investor and entrepreneur Mr. Larry Connor is part of the AX-1 crew as the pilot. For the Crew Dragon, the pilot is an individual fully trained to fly the spacecraft and acts as a backup for the commander.

As part of his statements, Mr. Connor stressed the importance of outreach and his experience taking off from Earth and flying on the Crew Dragon. The entrepreneur also shared details about the science experiments he and his crew will conduct on the ISS.

Speaking to ground control, he stated:

Good morning, afternoon, evening to everyone. So first I'd like to thank SpaceX for an amazing vehicle and for Axiom to putting all this together. So all my crewmates, it's a bit of a tight quarters here, but we're doing well. The launch itself was absolutely amazing and thrilling. The commander was diplomatic, we were hooting and hollering a little bit on the way up. Zero G is very very neat, takes a little bit getting used to. I tried to eat a muffin this morning, that did not turn out as expected. So I'm clearly in training, trying to follow the commander's lead. I think it's important to note though that we are going to the International Space Station. Between myself and all the crew members, we're going to be conducting some 25 different experiments encompassing a hundred hours plus multiple outreaches to the youth around the world and we think that's important for [inaudible] but the future. I'm sure we'll have an opportunity to talk to you as we go on the way but it's great to be in space.

Alongside the Commander and the Pilot, Mission Specialist Mark Pathy also shared his thought. Mr. Pathy is the CEO of a Canadian investment company focusing on innovation and social impact. He is also a board member of several charitable and social foundations. He showed off the crew's zero-g indicator Caramel the Dog which is the mascot for the Montreal Children's Hospital Foundation. He described getting used to zero-g along with all the challenges that it presents.