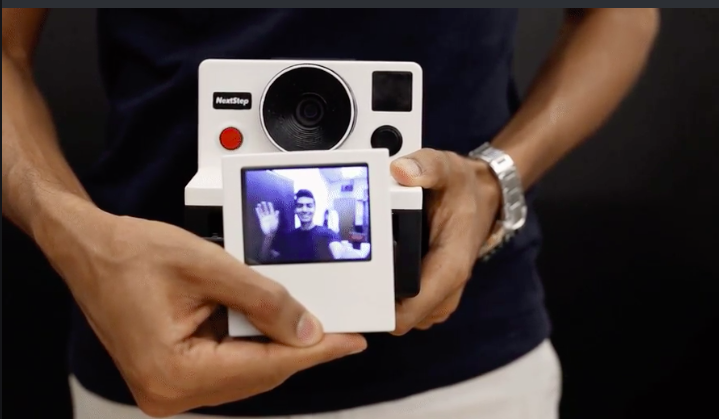 The best thing about technology is that it keeps evolving and the creators never stop surprising us with something awesome now and then. Keeping up with the technology improvement, an intrepid inventor has come up with the Polaroid-like camera that prints GIFs! Yes, you read that right, it "prints" GIFs.

We all love GIFs, and there is nothing better than getting your GIF on a cartridge instantly. Here's a GIF of InstaGif camera producing GIFs instantly:

The developer, Abhishek Singh sure loves GIFs and that's why he came up with the idea of an InstaGif camera that prints GIFs. He produced a Polaroid-like instant camera that captures your moments and turns them into a GIF on a cartridge. Singh was inspired by the Polaroid OneStep to create the "InstaGif NextStep". Unlike the instant positive film sheet on regular Polaroid cameras, you get a digital cartridge with InstaGif that plays a looped GIF of the moment.

For the ones who are intrigued by the idea of an InstaGif camera, Singh has also shared DIY instructions on Reddit so that you can make one for yourself. A word of caution though, it is not easy to make one.

GIFs captured on InstaGif camera can also be shared digitally by connecting the camera to a PC or laptop. Singh also has plans to include an in-camera sharing tool for making the process easier.

Abhishek Singh calls himself an inventor, designer and coder. He is also the creator behind the Super Mario augmented reality game that can be played using Microsoft Hololens.

Watch the InstaGif NextStep in action