To begin with, the company noted that the feature will be initially available to a selected number of partners. However, in the coming weeks, the feature will begin rolling out to the rest of the users. This is not the first time that users  are adhering to live video. Twitter's move has immense pressure from Facebook and other companies who have invested heavily in the field. For Twitter, it looks like the move will put  the company in a much better placement compared to its rivals. So what else is part of the live 360-degree video streaming part of Twitter's Periscope?

Periscope and its parent company, Twitter have outlined new features in blog posts. The feature is pretty much what you would expect live 360-degree video streaming to be. When you launch Twitter or Periscope, you will see a "Live 360" badge on it, so you can instantaneously start watching it just as you would do on any other Periscope live stream. How will you watch 360-degree video? Simply make use of your fingers on the screen to drag the video in any direction. You also have the availability to tilt and move your smartphone to look around. 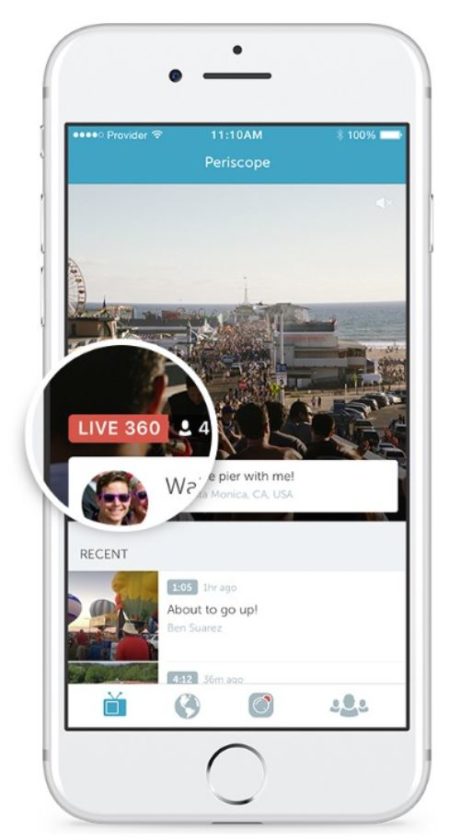 According to Periscope, Live 360-degree video is a  a step ahead in terms of  watching videos online. It touts being closer to being present on the scene and experience what the broadcaster is seeing.

Live 360 video isn’t just about taking you to places you’ve never been; it’s about connecting you with people and letting you experience something new with them.

With these videos, the broadcaster anchors the experience so you can be present with them from whatever environment they’re sharing from. When they smile, you’ll smile, and when they laugh, maybe you’ll laugh too.

Twitter is focusing heavily on live video in a hunt to monetize its services. It alll  rests with time what the motives of the company are and where is it heading towards. As of now, the live 360-degree video streaming is available in the Periscope mobile applications as well as on the desktop.