Microsoft's Xbox One has taken much flak from its fans due to the resolution-gate issue. There have been tons of debates and controversies regarding the console's incapability of running several already released and upcoming next-gen video games at full HD 1080p resolution. The Xbox One eSRAM memory chip that sits right next to the GPU in the system is blamed by many as the main reason behind the lack of full HD 1080p next-gen games on the console. 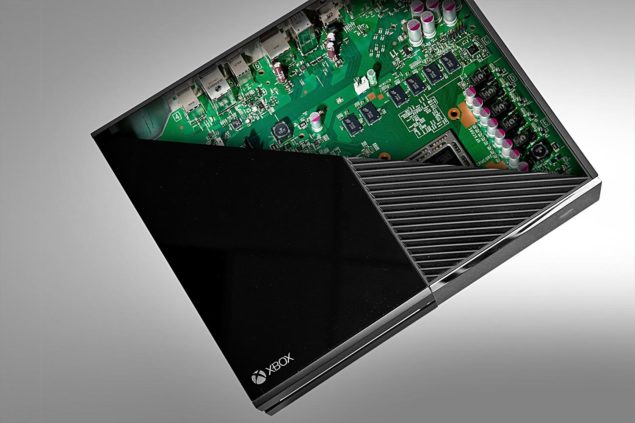 An ample number of already released next-gen video games run at lower resolution on the Xbox One than 1080p. Some of the very best games available on the console such Ryse and Dead Rising 3 also run at 900p and 720p respectively. Several developers and industry officials believe that the Xbox One eSRAM is the main reason behind the console's inability to run games at 1080p resolution. However, Microsoft claims that the 32mb memory chip is very essential for the console, and the platform holder is trying hard to make its usage more easy for developers.

The newer version of Xbox One SDK was shipped to developers this month, and it somewhat provided a little boost to the system, that allowed games like Destiny to run at full HD 1080p resolution on Microsoft's latest video game console. But Red Barrels Studios managed to run its first-person survival horror video game known as Outlast at 1080p resolution on the Xbox One without using the recent SDK update.

GamingBolt spoke to Philippe Morin, the founder of Red Barrels, and asked him to explain how the studio was able to achieve 1080p on Xbox One with its highly acclaimed horror video game title known as Outlast without using the June SDK update. Explaining how the Xbox One eSRAM is too small and not enough for video game development, Morin Said:

“It is true that the eSRAM is pretty small for 1080p, you never seemed to have enough of it. But since Unreal Engine 3 is a good old forward renderer, we did not need as much as some of the other games using deferred shading."

The developer revealed previously that Outlast runs at 1080p/60fps with highest graphical setting on the PlayStation 4 console, and according to Morin, the Xbox One version of the game also runs at the same resolution and frame rate, however, “there might be a few frame drops occasionally,” apparently because of the Xbox One eSRAM. Morin also explained why the gameplay of Outlast is perfect on the Xbox One, saying:

"Actually, because of the additional time development, we were able to fix additional bugs and do further optimization."

Just to clarify, Outlast is not a very heavy and taxing title, and it can easily be maxed out on most mid-level gaming PCs, but still, it is quite an achievement to make the game touch the 1080p/60fps mark when a similar less demanding game called Trials Fusion was only able to hit 900p on Microsoft's latest video game console. Outlast was recently released on the Xbox One and it can now be purchased along with the Whistleblower DLC.

What do you think about Xbox One eSRAM and the horror title, Outlast, running at 1080p? Share your thoughts in the comments section below.