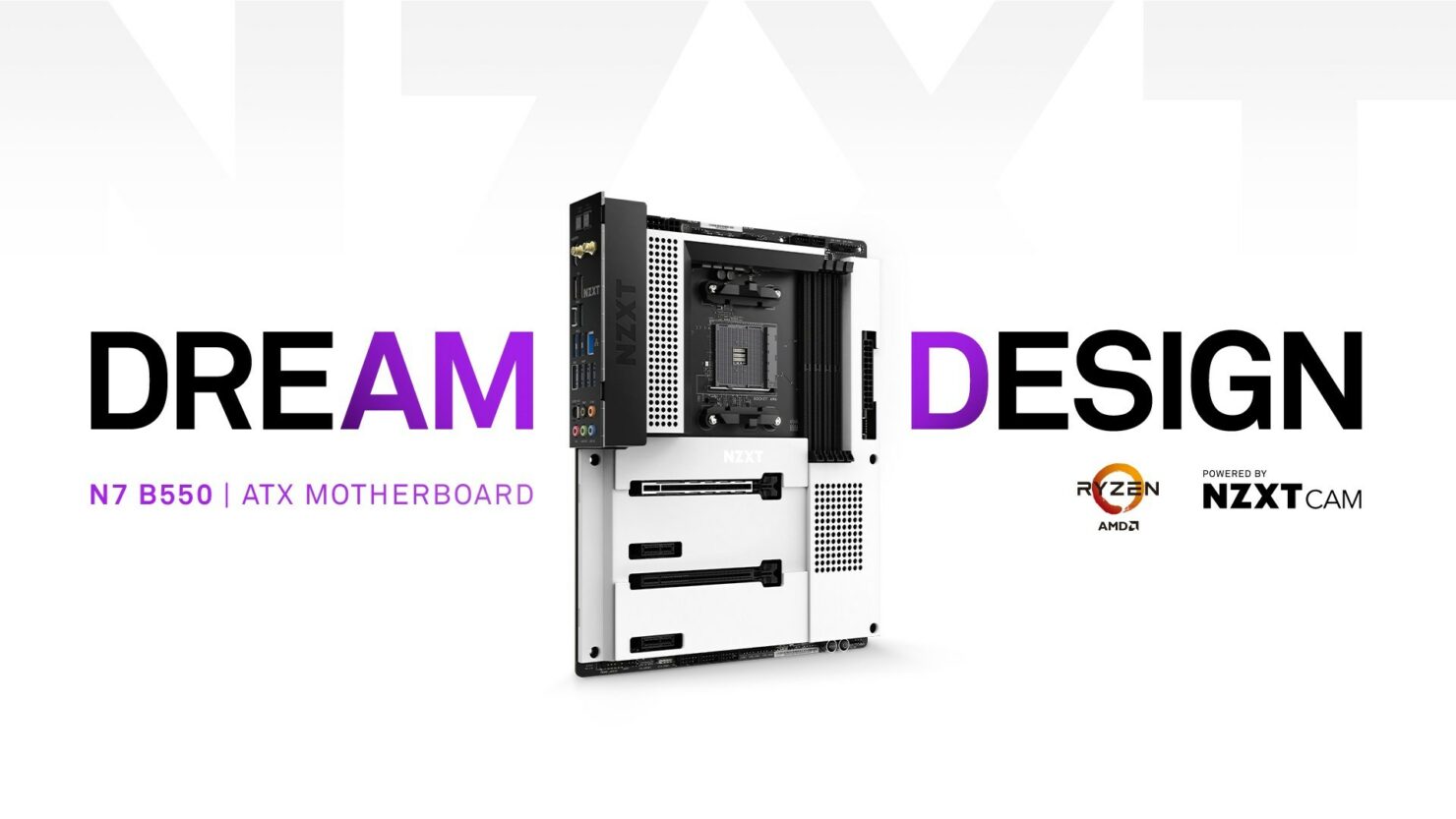 If you're a fan of clean & minimalistic PC builds, then NZXT has you covered with its first AMD motherboard, the NZXT N7 B550. The company is well-known for its clean and feature-rich PC cases and has been offering Intel motherboards for a few years now but the N7 B550 marks an official entry for NZXT on the AMD platform.

The NZXT N7 B550 motherboard isn't designed for the flashy RGB gamer aesthetic but instead for more simple and cleaner PC builds. It is based around the AMD platform and will support both the Ryzen 5000 and Ryzen 3000 desktop CPUs. The motherboard comes in two flavors, a Matte White variant and a Matte Black variant. Both models cost $229.99 US which is a decent price given the design and quality of the motherboard. Most premium B550 designs do fall in the $200-$250 US price range so I think we can say that the pricing is justified here.

Following are some of the highlighted features of the NZXT N7 B550 motherboard before we get into more technical details:

The NZXT N7 B550 features the AM4 CPU socket that is powered by a 14+2 phase power delivery. The CPU socket is powered by an 8+4 pin connector configuration. There are four DDR4 memory slots on the board which support up to 128 GB capacities with speeds of up to 4600 MHz (OC+). It looks like NZXT is using the same design approach as their Intel-based N7 motherboards with an elegant metal cover (white or black) that covers the components. The areas around the PCH and the VRM are perforated with holes so that air can vent out considering that they have large metal heatsinks underneath them. There is no active cooling solution used by NZXT but we can see a IO plate covering the connectors at the very top.

As for I/O, the NZXT N7 B550 (AMD) motherboard features two PCIe 3.0 slots x16 slots (x16 / x4 electrical). There are also two M.2 slots and a single M.2 Key slot which is occupied by a WiFi 6E networking card. The motherboard has the following I/O ports:

You can also expect the full support of NZXT CAM through the N7 B550 motherboard, allowing you full monitoring and control of the motherboard while also offering configuration of LED lights if you are going to go that route even on this motherboard. The motherboard is available for purchase at this link.

Many Thanks to FanOfTech for the tip!