Nvidia’s GTX 680 is currently the fastest graphics card on the planet that annihilates all the competition it has been put against but then again there’s a problem. Some have said of a problem arising better described as the “Red screen of death” that has caused much uproar among the community on a wide number of forums online. 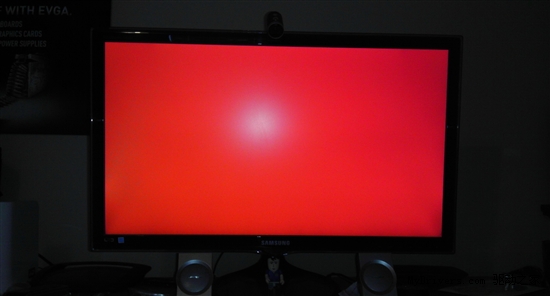 Some have blamed it on the GPU-Z, AIDA64 and other third party testing as well as benchmarking tools as the root of the problem. However, AIDA64 has denied all such allegations and also yet diagnosed the source of the problem and come up with an adequate solution.

As per details, AIDA developers had explained over at the official forum, when their own tool tries to read the GTX 680’s BIOS, it leads to an error that causes a red screen to show up on your respective screens.

In a more detailed explanation, earlier cards than the Kepler based GTX 680 had special GPU register where all such details had been stored now were stored on a flash memory chip as the register had now ceased to exist. Therefore, AIDA64 and other softwares that attempt to adapt the above practice will cause the graphics card driver to crash and show the dreaded red screen.

Some had quoted this screen leads to permanent GPU damage but rest assured it does nothing that should worry you, even when the red screen comes up, your machine will not stop functioning, just that your graphics driver would need a restart.

For those who are using a GTX 680 and have experienced this similar situation should download this build of AIDA64 as there haven’t been any reported problems with it.