NVIDIA indeed brought their A game to Computex this year. They've officially announced the base price and specs of the GTX 980 Ti, but of course that's not all. They also unveiled seven new G-Sync capable monitors that will be available soon. 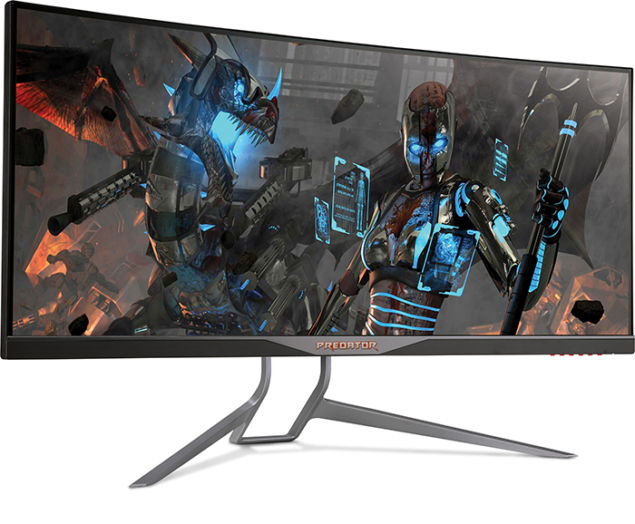 The fantastic piece about this is that no longer does it look like manufacturers are limited to the use of TN panels in their search for refresh rate perfection using G-Sync. Now we're going to be seeing entrants going all the way up to the 4K resolution with refresh rates higher than 60Hz. One of them is even going to end up being of the curved variety.

Previously, the only non TN monitors with refresh rates officially higher than 60Hz was the 240Hz capable Eizo Foris FG2421 using VA screen technology. Brightness issues and slow pixel response times kept it from becoming a powerhouse despite the novel way in which it achieved its refresh rate, however. Overclocking some panels is possible, though that can result in undesirable dropping of frames and artifacts. It also doesn't do what G-Sync (or FreeSync for that matter) does by smoothing the frames through the novel use of the backlight.

The Acer X34 should be available in August, with others around that same timeframe.