A year after the launch of the first model of the NVIDIA Shield, new details have surfaced about it successor, the Shield 2. A release by the benchmark site, Antutu, provides some details about a new test unit, such as it's OS being the Android 4.4.2. The present Nvidia Shield is based on the Tegra 4 chip and featured KitKat at the time of it's release. It has several features such as being able to stream games directly from a PC running on a GeForce and also stream games directly on HDTV. 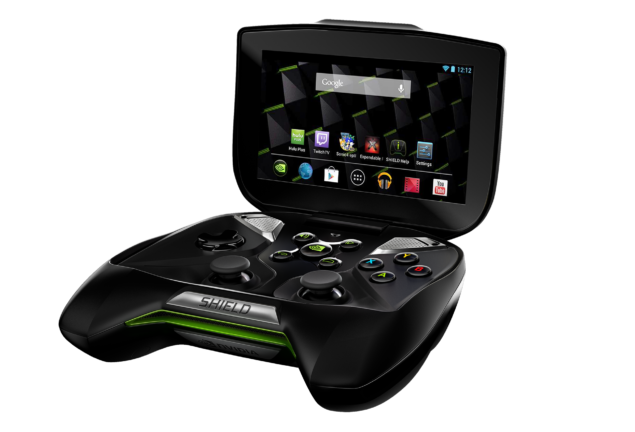 The Nvidia Shield 2 to possibly feature the Tegra K1. To include 4 GB RAM as well.

The new device is referred to as an Nvidia Test Model (SHIELD). It is presumably going to feature the Tegra K1, providing it with massive firepower. The Tegra K1 quad core processor is capable of achieving speeds of up to 2524 MHz or 2.5 GHz. The processor is also capable of scoring around 45, 000 points on the Antutu benchmark. Furthermore, the usage of the K1 could also remove memory constraints associated with the present Tegra 4, primarily the inability of a single process to access more than 4 GB of memory. With the K1, this support will be no problem, with the processor's capability to support up to 8 GB of RAM. 'SHIELD' also features NVIDIA's Kepler graphics processing units with 192 CUDA cores. The use of Kepler also makes it energy efficient in terms of power consumption related to graphics processing.

Other possible details include a possible 640 x 480, front facing VGA (0.3 Megapixels) camera, 160 GB internal storage  and a 1440 by 810 pixel display. The resolution is an improvement from the current SHIELD which has a 1280 by 720 resolution. A possibility might be that this 90 pixel increase could be occupied by the on screen navigation bar in Android. Of course, all of this is currently in the testing phase, so none of the facts leaked are concrete in nature. Furthermore, the present versions of Android will not be able to utilize the memory capabilities offered by the testing unit in any case. All bets are on Google to eventually release 64-bit support in our view. 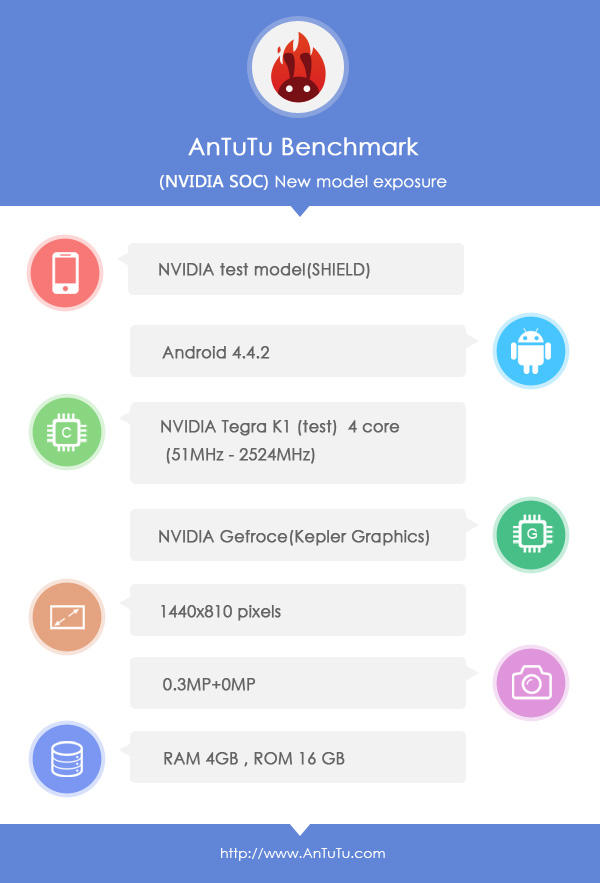