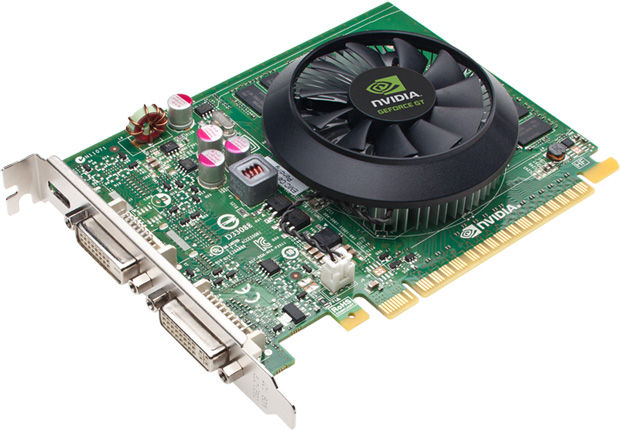 A Chinese hardware site has got information from sources that NVIDIA might be preparing a newer version of the GT 640 GPU allegedly known as the "GT 640 D5" with updated GDDR5 memory.

The GT 640 GPU was originally launched last month with an DDR3 memory interface, The new D5 version would come equipped with a GDDR5 memory interface which means bandwidth would be doubled along with faster clock speeds and better overclocking support by adding an 6-Pin PCIe power connector, the original didn't had any since power was provided through the PCIe expansion slot.

Launch of the GT 640 D5 is expected in the upcoming days and would be priced slightly higher than the normal GT 640 reference model, Performance wise it would be equivalent to the GTX 550Ti.