NVIDIA's official specifications and performance numbers for their flagship GeForce GTX Titan Z have been unveiled by Videocardz. In addition to the details, NVIDIA will also possibly be moving away from the original release plans for the card and reschedule the launch for 8th May. 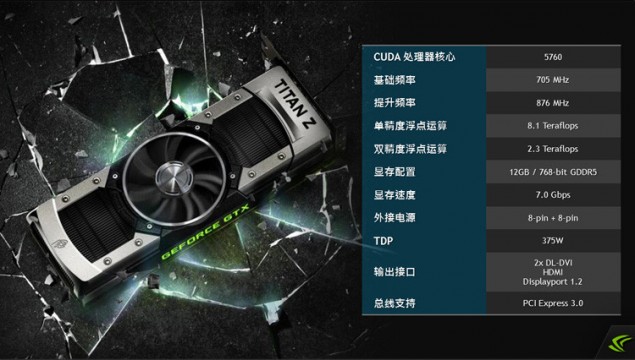 The card features a 384-bit x 2 bus which will run across a massive 12 GB VRAM. This is an impressive feature giving developers and games an unprecedented amount of VRAM for use. The memory is clocked at 7 GHz effective clock speed. The core clock speeds are maintained at 705 MHz base and 876 MHz boost clock and the card features a maximum single precision performance of 8.1 TFlops and 2.3 TFlops of double precision which is impressive.

From the slides posted by Galaxy Tech, it is shown that the card will be able to handle to handle 40 FPS and above in several gaming titles in 4K resolution. This remains to be seen whether the same will remain true once official reviews hit next month. The Radeon R9 295X2 has been out for a few weeks and has dominated the performance ranks with its dual Hawaii cores and while GK110 core based single chip cards have had a slight edge on the AMD chips (R9 290X vs Titan Black / GTX 780 Ti) purely in performance benchmarks, the lower clocked nature of Nvidia GeForce GTX Titan Z will not be a good decision. The only thing that keeps the bar on NVIDIA card high is that it has lower power, runs quieter at 36dB and has a maximum load temperature of 83C. Other than that you have to wait for more precise performance details till next month. 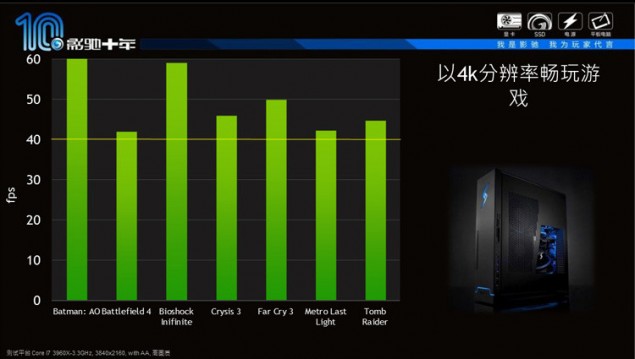 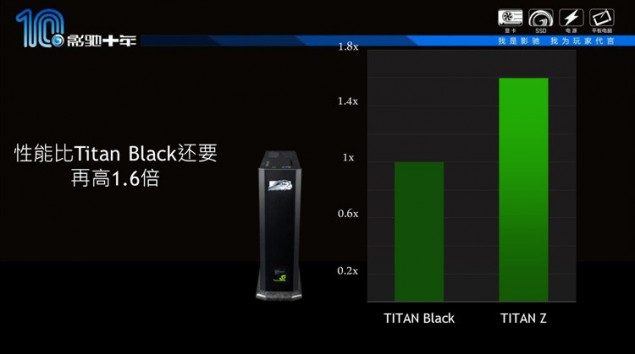 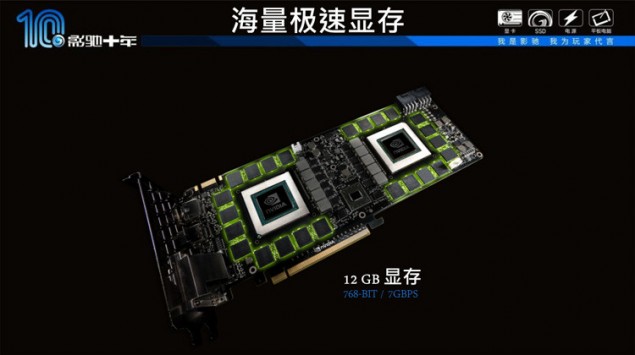 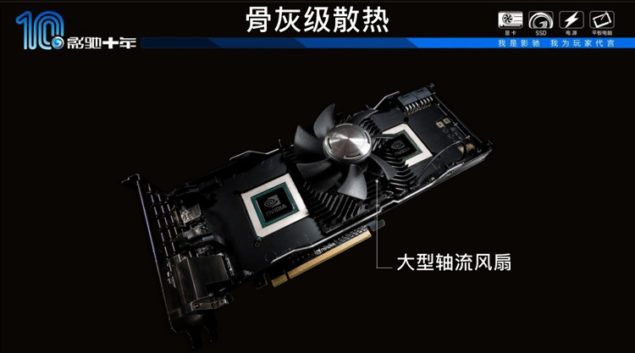 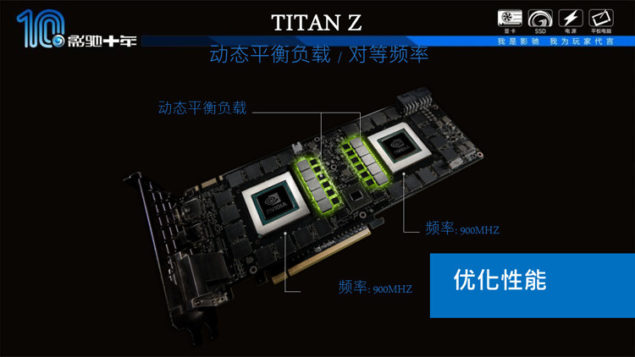 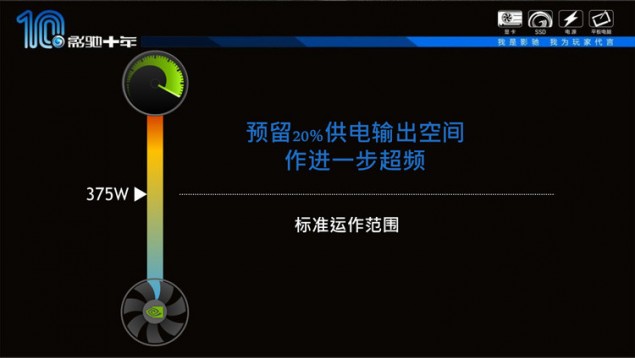