The GeForce GTX Max-Q initiative is to create really thin notebooks (just 18mm thick) with a series of fast GeForce GPUs that are available today. The GeForce Max-Q notebooks will come with a list of features that include a thickness of just 18mm, weighing in at just 5 LBs and delivers up to three times more performance compared to previous generation designs. Here, NVIDIA compared a GTX 880M class graphics card with their latest GeForce GTX 1080 graphics chip based notebook. 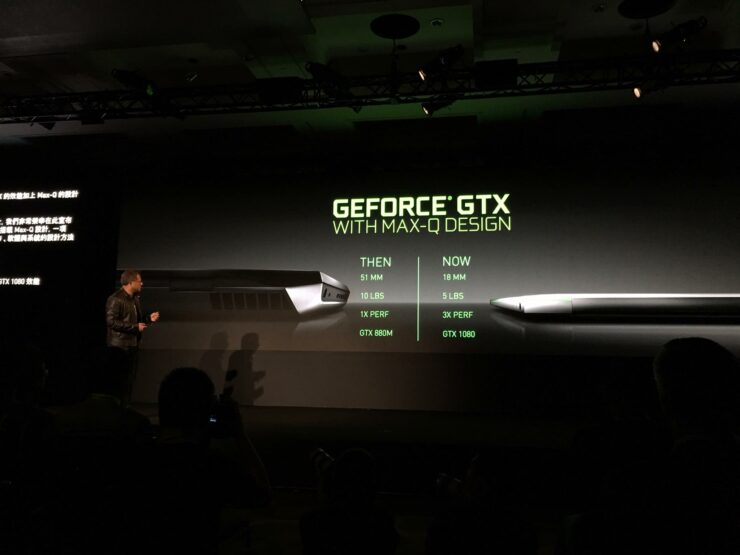 GeForce partners are unveiling more than 40 new gaming products. They include 15 dazzling new laptops that incorporate powerful new NVIDIA innovations like Max-Q — an innovative design approach that enables gaming laptops to be 3x thinner with 3x more performance than previous generations — and WhisperMode, for quieter laptops. via NVIDIA

Like the "Marvels of Pascal", NVIDIA is showcasing the "Marvels of Max-Q". These are some of the implementations on the Max-Q design notebooks that NVIDIA and their AIB partners have added to notebooks for higher performance at extreme efficiency. These include: 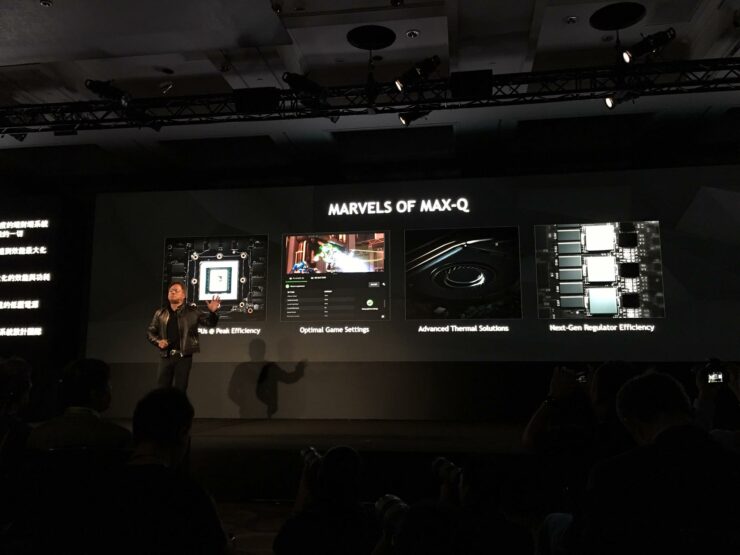 NVIDIA has stated that a GeForce GTX 1080 equipped Max-Q notebook will deliver up to 60% more performance compared to a PlayStation 4 console. It's worth mentioning that the laptop will be nowhere in the price range of current consoles but the added performance is there to justify the high pricing of GeForce notebooks.

This week’s announcements of Max-Q and WhisperMode go further still.

Our Max-Q technology allows a GeForce GTX 1080 to be used in an ultraportable gaming notebook by reducing the GPU power consumption by half.

It finds the most efficient tradeoff of performance and power for the GPU. Our software balances work done on the CPU and GPU, optimizing the game settings and using advanced system design techniques for thermal management and power regulation.

We also introduced WhisperMode. The new, ultra-efficient mode makes your plugged-in laptop run much quieter while gaming. It works by intelligently pacing the game’s frame rate while simultaneously configuring the graphics settings for optimal power efficiency. via NVIDIA

For the features, we are looking at GeForce 10 class GPUs that are optimized for peak efficiency. It was stated in a leak that such chips will feature lower clock speeds but further boost efficiency on notebooks. Notebook MXM boards will be equipped with top notch components including a next generation voltage regulator for increased regulator efficiency. The notebooks will also ship with an advanced thermal solution to deliver quieter and cooler performance when running games. In the end, you will not only get lighter, thinner, cooler and faster laptops but also gain battery times. 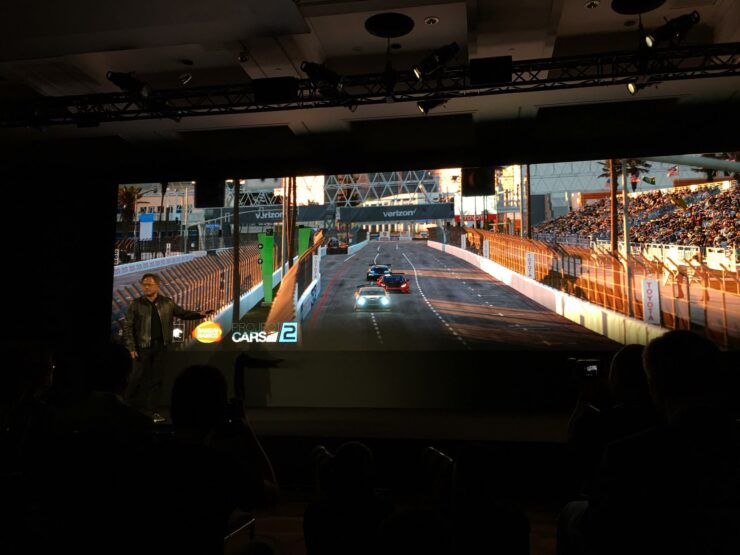 NVIDIA showcased a live demonstration of a Max-Q design notebook playing through Project Cars 2. The game ran pretty smoothly even without any plugged in power which looked great. The GeForce Max-Q design will be seen on 15 laptops from various notebook makers, featuring support for the latest NVIDIA tech such as G-Sync HDR, VR, 4K display and more. The GeForce GTX Max-Q powered notebooks with GeForce GTX 1080, GTX 1070 and GTX 1060 class graphics processors will start to ship on 27 June.