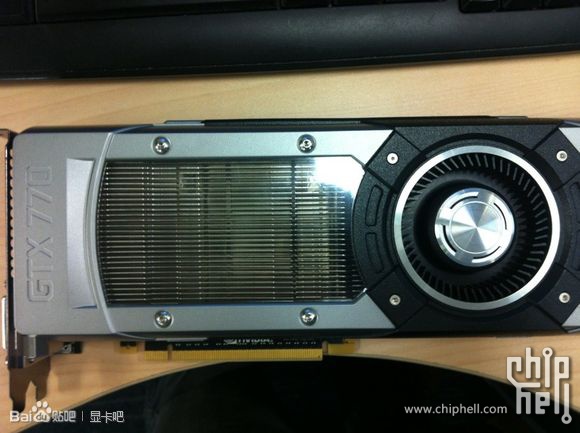 NVIDIA would be launching their GeForce GTX 770 by the end of this month but there's some new information found by Videocardz which suggest that current GeForce GTX 680 GPUs can be flashed into the upcoming card.

The upcoming GTX 770 is a GTX 680 in disguise. NVIDIA has gently revised the GK104 architecture, mostly with process improvements, but the 770 is basically the same beast! Which is good for us enthusiasts. 🙂

By flashing the included BIOS (.bin) to your board, then dropping the included .inf file into the 320.00 driver package before installation... you too can have a GTX 770 weeks before it's released! Please note it has to be a 320.xx driver, as support for the 700 Series was added in the DLLs around this time. Reddit

The user has provided a download link to the BIOS which can be flashed on the GTX 680 boards to evolve it into a GeForce GTX 770 however the flashing process should be done at your own risk.

In addition to that, atleast the proof that's provided with the post has leaked the entire specifications for the GeForce GTX 770 GPU. The core clock is maintained at a high 1059 MHz while boost clock goes as far upto 1125 MHz which is pretty impressive, additionally It features a 2 GB GDDR5 memory running across a 256-bit bus and has 1536 cores, the same number as the previous generation flagship GeForce GTX 680. The memory runs at the 7 GHz effective which is very high and might be dangerous for current GTX 680 boards so as advised before, this process should be done at your own risk. Performance of the GPU is expected to be around 5-10% faster than the GeForce GTX 680 at a cost near the GeForce GTX 670 around $399-$449.

The GeForce GTX 780 and GeForce GTX 770 have already been leaked and arrive by the end of this month, More details can be found here.