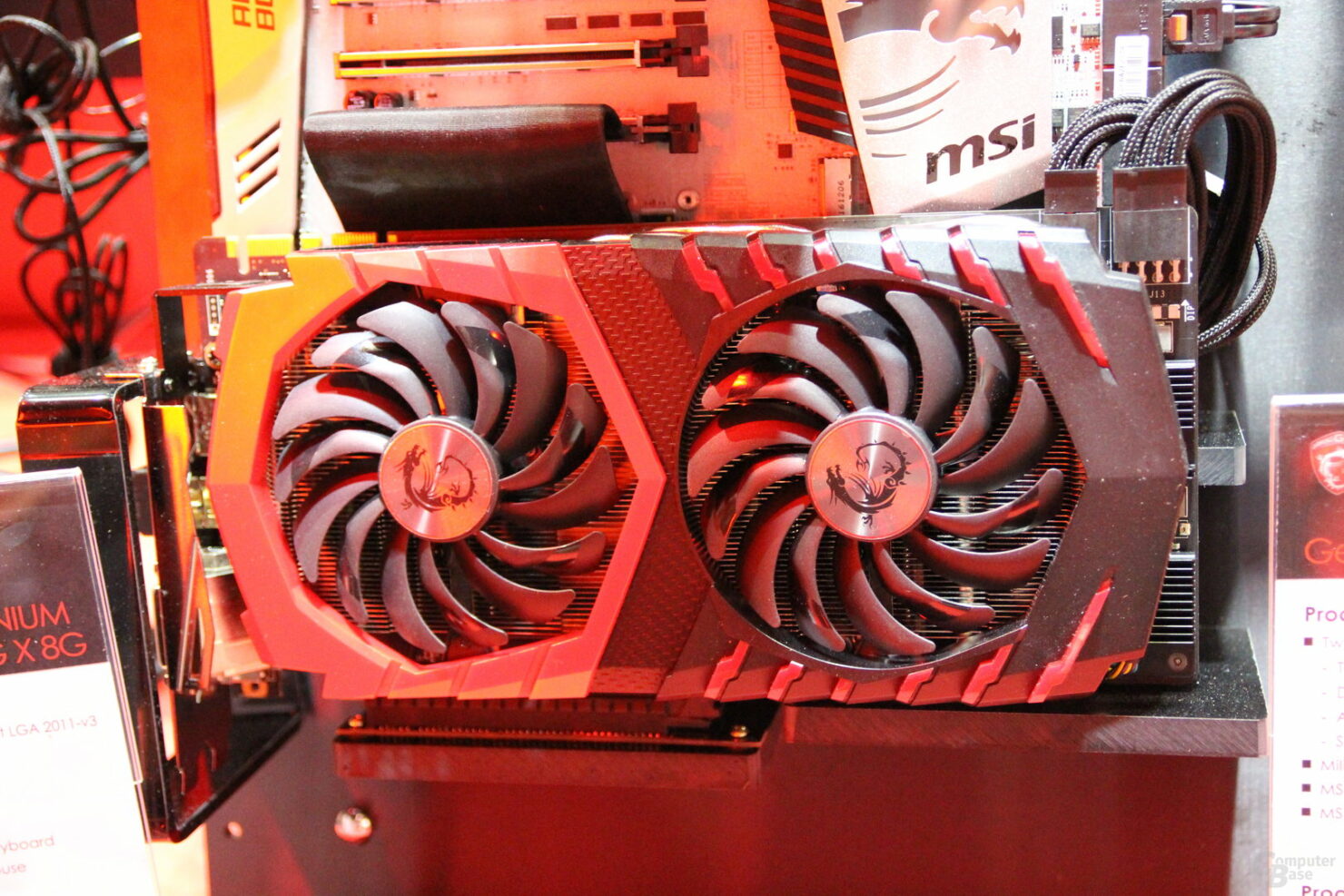 The custom boards displayed by NVIDIA partners will be available for sale after Computex. MSI, Inno3D, ZOTAC and GALAX have displayed new solutions based on their cooling designs which include the likes of HOF series. While we already covered most of the GeForce GTX 1080 custom cards, there are even more. Not to mention the custom GeForce GTX 1070 solutions which have also been displayed and are something that could sell like hot cakes after the card launches on 10th June. You can find more details of these custom cards below:

Inno3D is also displaying their custom Pascal boards at Computex as spotted by TechpowerUp. The Inno3D line starts off with the most basic GeForce GTX 1070 Gaming OC which use a custom cooling solution with dual fan design. Underneath the cooler is a reference PCB which is powered by a single 8-Pin connector. Given the OC in the naming scheme, this model would come with factory overclocked specifications and a price close to the $ 379 US MSRP.

Inno3D also has two seriously modified solutions based on the GeForce GTX 1070 GPU. These include the triple fan Inno3D GeForce GTX 1070 iChill X3 that features the new Inno3D iChill cooler and powered by a 8+6 Pin PCI Express power connector configuration. This card also uses a modified PCB so we can expect better stability on the card when its overclocked.

The last model in Inno3D's lineup is the GeForce GTX 1070 iChill Black which features an AIO liquid cooling solution. The model features an Arctic Accelero Hybrid S cooler on a reference PCB that is powered by the single 8-Pin connector. This card is expected to launch in late June and will feature pricing close to the $449 MSRP. The Inno3D iChill Black will also be available with the GeForce GTX 1080 graphics card.

GALAX is also showing off two custom built GeForce GTX 1070 graphics card at their boost. The first one is the GeForce GTX 1070 EXOC which has received a triple fan solution with Pascal generation of graphics cards. The previous designs were dual fan solution. The card comes with a non-reference PCB that incorporates an 8+6 Pin power configuration and we can expect a really nice factory overclock on this solution.

The second card is none other that the famous HOF series which features a milky white PCB with a monstrous design. This graphics card is completely custom built with a lot of engineering effort undergone in its creation. The GeForce GTX 1070 HOF comes with the same dual 8-Pin connector configuration as its bigger brother and would feature high quality components to ensure the best overclocking possible. This graphics card will sell at a higher price than the reference models around $500 US.

EVGA showed off their GeForce GTX 1070 Superclocked graphics card with the ACX 3.0 cooling design at their Computex booth. Spotted by TweakTown, the graphics card comes with a reference PCB so it is still powered by a single 8-Pin connector but the extra cooling helps keeping temperatures and noise levels down a notch when compared to reference models. The GeForce GTX 1070 superclocked will be available soon along with FTW and Hybrid variants which have also been shown off by EVGA.

Colorful is ready with two custom GeForce 10 series graphics cards based on their iGame design. The first one is their iGame GeForce GTX 1080 KUDAN which adopts a triple slot and triple fan design. This card has a monster PCB and monster cooling design that is aimed at overclockers. The card deploys a hybrid cooler beneath its shroud which deploys both air and water cooling to keep the card up and running at low temps. We will be able to get a closer look at the PCB later this month. The second card is the iGame GeForce GTX 1070 which deploys an impressive triple slot cooler on a reference PCB design.

We will keep updating this post as we found more information and pictures of the GeForce GTX 1080 and GeForce GTX 1070 custom models so stay tuned.