NVIDIA's  Ampere A100 GPU has been expected to land in the CMP HX (Cryptocurrency Mining Processor) segment for a while now. Leaker, Kopite7kimi stated all the way back in March that NVIDIA was cooking up a CMP release of the GPU and now we finally have pictures of the new cryptocurrency mining juggernaut.

Leaked by Codefordl over at Zhihu (via HXL), the NVIDIA CMP 170HX mining card features the Ampere A100 GPU. The card rocks 4480 CUDA cores and an average boost clock of 1410 MHz. NVIDIA's GA100 GPU also features 8 GB of HBM2e memory which operates at a clock rate of 1.4 GHz, delivering up to 1.5 TB/s of bandwidth. As per the official specs sheet that was leaked out, NVIDIA CMP 170HX will be powered by a single 8-pin connector configuration to supplement its 250W TDP.

In terms of design, the card rocks a dual-slot design with a standard silver metallic shroud and features a passive-cooling solution. The card looks a lot like the older NVIDIA Tesla cards & has excluded display outputs, making sure that the card is purely used for mining purposes. CMP 170HX is a very tall card and the cooler extends beyond the backplate.

We know that mining performance is largely dependent on raw memory clocks and bandwidth hence this card doesn't have to feature a full GA100 GPU configuration or the 40/80 GB memory capacity that is equipped on the A100 Tensor Core GPUs for datacenter and workstation.

From the looks of it, this card would be priced much lower than the A100 HPC variants, and to avoid its consumption in the small-scale data center segments, NVIDIA has equipped the card not only with the aforementioned limited specs but also used a PCIe x1 (Gen 4) interface. This would yield much lower performance due to severe bottlenecks over the PCIe interface.

For mining, the card is an absolute beast out of the box, delivering 164 MH/s which is around 40% higher than what an optimized GeForce RTX 3090 delivers. The card may be able to overclock but as of right now, the existing BIOS does not feature any support for HBM2e overclocking on the CMP 170HX graphics card. The card hits a maximum temperature of 70C after which the A100 GPU will start to downclock. Some optimization testing is also posted which shows 158 MH/s at 190W (a 60 Watt reduction). The optimized settings also result in lower temperatures around the 60C mark.

The leaker has tested the card in several algorithms including Kawpow and Octopus which can be seen below. 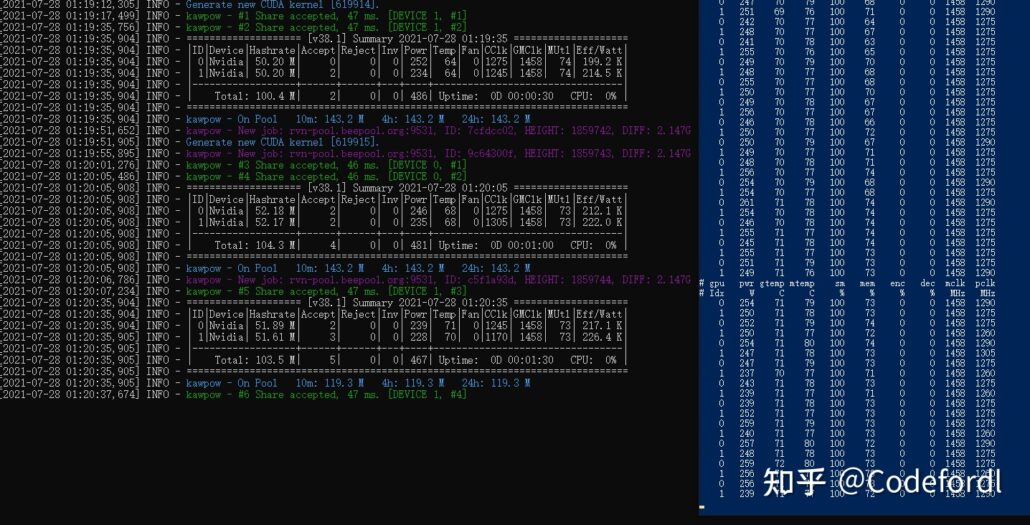 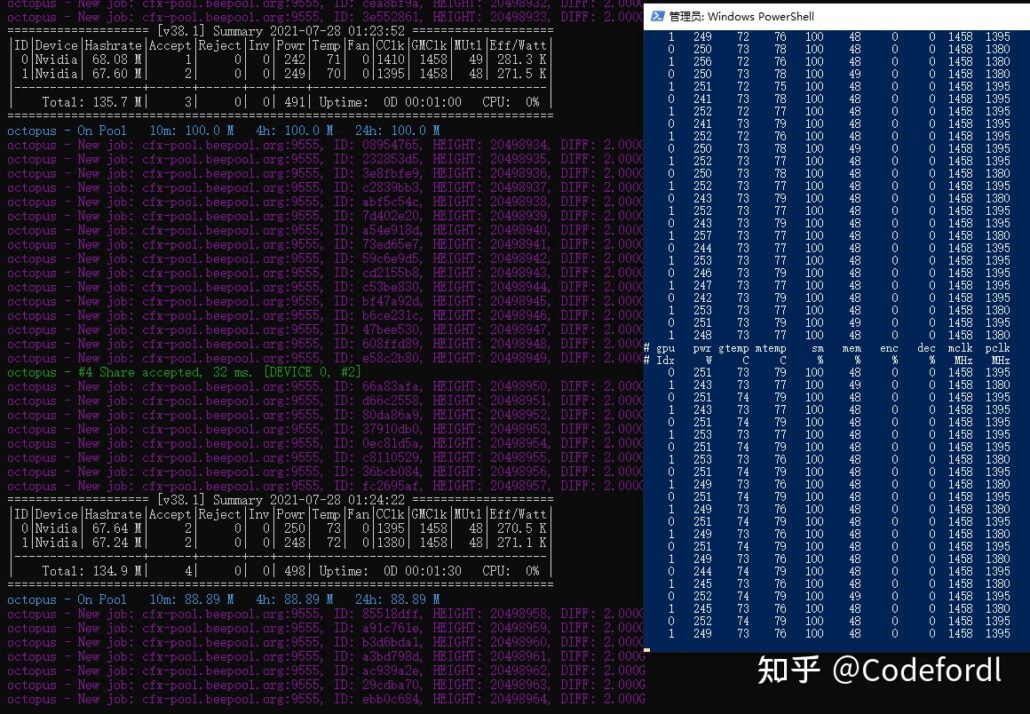 The Ampere A100, once again, is an $11,000 US+ graphics card, and at its current cryptocurrency mining rate, it will take around 2 years for the card to recoup its cost and start earning a profit. This is where NVIDIA CMP 220HX comes in. The CMP 170HX card is rumored to cost around $2000-3000 US. The cutting-down of specifications on the Ampere A100 GPU also makes sense as NVIDIA can repurpose several defective A100 chips for mining purposes.