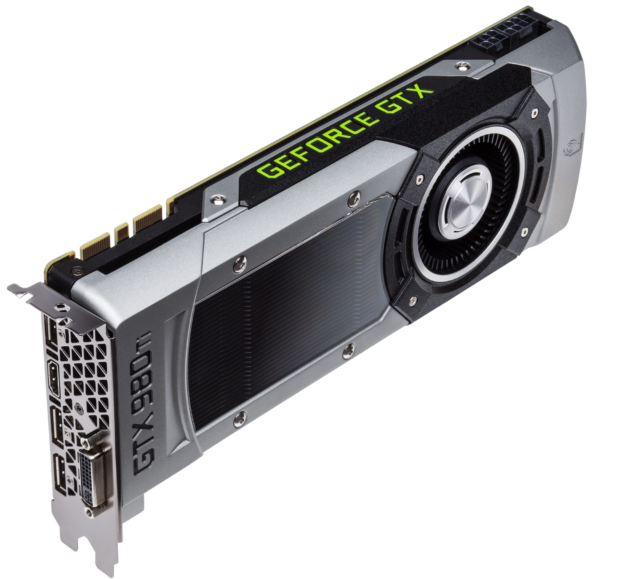 Each generation when NVIDIA launches a high-end product, their AIB partners unveil new, high-end and modified cards which feature powerful PCBs and enhanced coolers. This time, the cards being unveiled by NVIDIA's partners are nothing short of beasts with triple fan designs, hybrid coolers and full cover waterblocks which will keep the latest GM200 GPU based graphics card cool and ready to be overclocked to to the limits. Our pals at Videocardz have done a hectic work of finding these new cards that AIBs are currently readying for launch at Computex but the GeForce GTX 980 Ti isn't the only card receiving custom variants. The flagship GTX Titan X is also getting custom models which will soon be available to consumers and allow users better cooling than the reference based designs.

The specifications are simple, you take two SMMs and halve of the VRAM out of the Titan and the remaining is what the GeForce GTx 980 Ti would formulate from. The complete GM200 chip has 24 SMMs arranged in 6 GPC (Graphics Processing Clusters). The GeForce GTX 980 Ti features the GM200-310 SKU that has two SMMs cut or simply disabled compared to the GM200-400-A1 on the Titan X. This keeps the core configuration to 2816 cuda cores, 176 texture mapping units and 96 raster operation units. While it is rumored that the memory lane and ROPs might be affected by the disabled SMMs, just like the GTX 970, NVIDIA has better management built for their high-performance core offerings and we won’t see the same situation on the GTX 980 Ti. The card feature a 6 GB GDDR5 VRAM that operates along a 384-bit bus interface.

Clock speeds for the GeForce GTX 980 Ti are quite impressive which stay at the same levels of the Titan X. The base clock is set at 1000 MHz while the boost clock is set at 1076 MHz which is just 14 MHz slower than the X. The memory clock is maintained at 7 GHz for the reference cards.

EVGA is preparing a range of new cards from their SC(SuperClock) reference to their ACX 2.0+ based GTX 980 Ti SC+ and Classified lineup. It can be seen that EVGA hasn't currently listed down their top K.I.N.G.P.I.N graphics card that will be launched later but they do have some interesting designs that include a Hydro Copper variant and a much needed Hybrid design that will be available for both, the GeForce GTX Titan X and GeForce GTX 980 Ti. The new cards feature better clock speeds, customized PCBs and are loaded with performance at a starting price of just $649.99 US and tops around $799.99 US.

ZOTAC is really outdoing themselves with their latest GeForce GTX 980 Ti lineup. Their cards have been impressive in the PCB department but with Maxwell, we saw addition of the AMP! Omega coolers which had triple fan design on a carbon fiber mesh based shroud.  ZOTAC has four cards in their lineup, the reference one has the specifications we listed above but the AMP! and AMP! Extreme are just a class apart in looks, design and overall overclocking. The AMP! is clocked at 1050 MHz base and 1140 MHz boost while the AMP! Extreme is clocked at an extensive 1253 MHz base, 1355 MHz boost and 7210 MHz memory clock. This card will actually be faster than a Titan X but will come with a hefty price

The design of the AMP! Extreme is brutal with silver lining that's featured on the front and back of the shroud. We can see the carbon fiber mesh running through the middle and three large PWM fans which utilize a new blade design to allow vertical airflow down the cooling shroud that houses four dense copper heatpipes that run through a large aluminum fin array. The card due to its uber leet PCB design that uses tantalum capacitors on the back and dual 8-Pin connectors. takes 2.5 slots and only three such cards can be SLI'd at once. The last card is the ZOTAC GTX 980 Ti Arctic Storm and we have already detailed the cooler in our Titan X post which is getting the same treatment by ZOTAC.

Inno3D is working on five cards which include a reference and four non-reference designs. The cards utilize the HerculeZ X3, HerculeZ x3 Air Boss, HerculeZ x4 Air Boss and the Accelero Hybrid S coolers with better cooling performance, faster and overclocked specifications out-of-box and designs that really put aside the rest of the competition.

Lastly, we have ASUS who are possibly readying their next generation DirectCU III cooler. It has been years since ASUS has been using their DirectCU II design and it seems like the company is going to launch a new cooler with the GeForce GTX 980 Ti that will feature a massive cooling layout with three blower based fans from the teaser shot posted by ASUS and huge heatpipes. We can't really tell much at the moment but feast your eyes upon the upcoming beauty from ASUS. 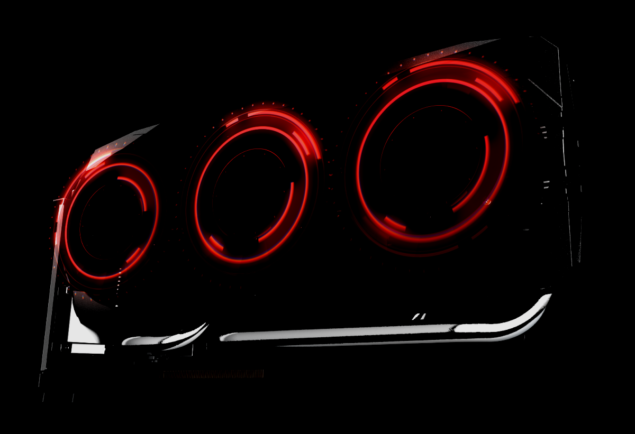