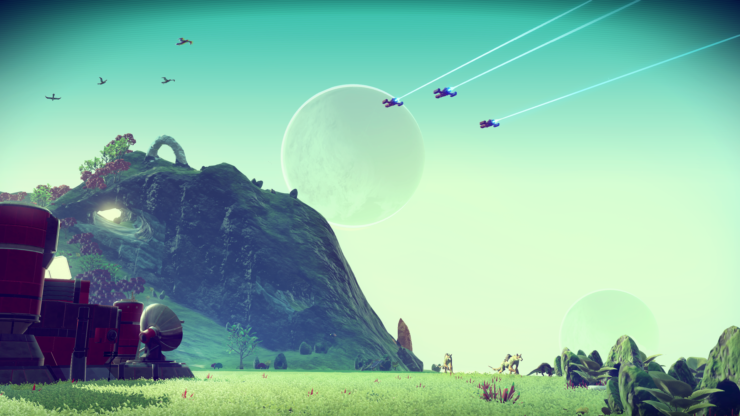 No Man's Sky, the space exploration game created by Hello Games, finally started receiving additional content last month with the Foundation Update, and it seems like that's only the beginning, as more content that might become available in the game in the future has been discovered.

Some No Man's Sky users have discovered some brand new creatures in the game's files. These creatures, which look quite scary, are not currently found in the game, so there's a good chance that they might be implemented in a future update.

A small No Man's Sky update has been recently confirmed for the PC version, introducing several fixes that should make the experience more enjoyable.

– Following reports of some people experiencing issues with the game while unsupported mods are installed, we’ve added mod detection which will show a warning screen on loading when mods are detected. A click or button press will dismiss this screen.

– Fixed an issue which, in some rare cases, prevented NPCs from giving you mission critical dialogue.

– Following player feedback, we have clarified messaging when being given tech that you already know.

– Fixed a number of rare crashes (if you continue to experience crashes, please send a crash report and include your crash dumps).

– Running the game via the .exe file should no longer give Steam Init errors.

No Man's Sky is now available in all regions on PC, PlayStation 4 and Xbox One.