Nintendo Switch Could Hit Wii Level Of Sales, According To Company

The Nintendo Switch is proving to be incredibly popular, and Nintendo itself seems to think this is only the beginning, judging from a recent analysis of the console's worldwide sales.

In its latest financial briefing, the Japanese company noted how the Nintendo Switch sales could hit the Wii level of sales during this holiday season in both North America and Europe. 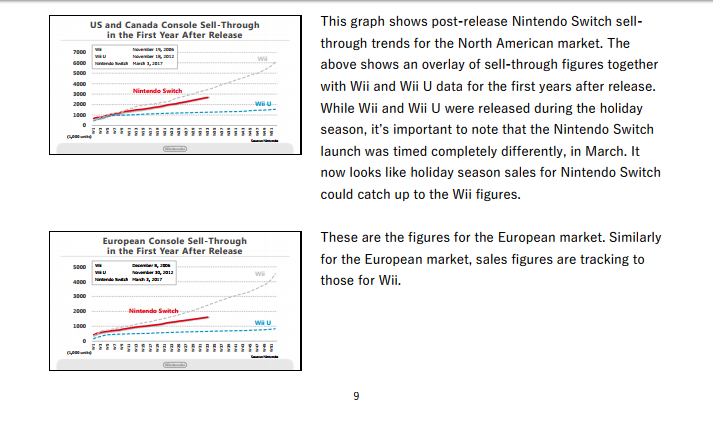 Things are slightly different in Japan, but the situation has been improving. The production shortages definitely impacted sales and Nintendo admitted that they could have seen further sales growth if they were better prepared.

This graph shows sell-through trends for the Japanese market. The sell-through rates are clearly growing in Japan as well. We ended up with Nintendo Switch product shortages after worldwide demand exceeded our anticipated numbers. We might have seen further sales growth if we were better prepared from the start.

The Switch isn't the only Nintendo console that is doing great. Just yesterday, the Japanese company confirmed that it has shipped 1.7 Million SNES Classic Mini Consoles as of September 30th.