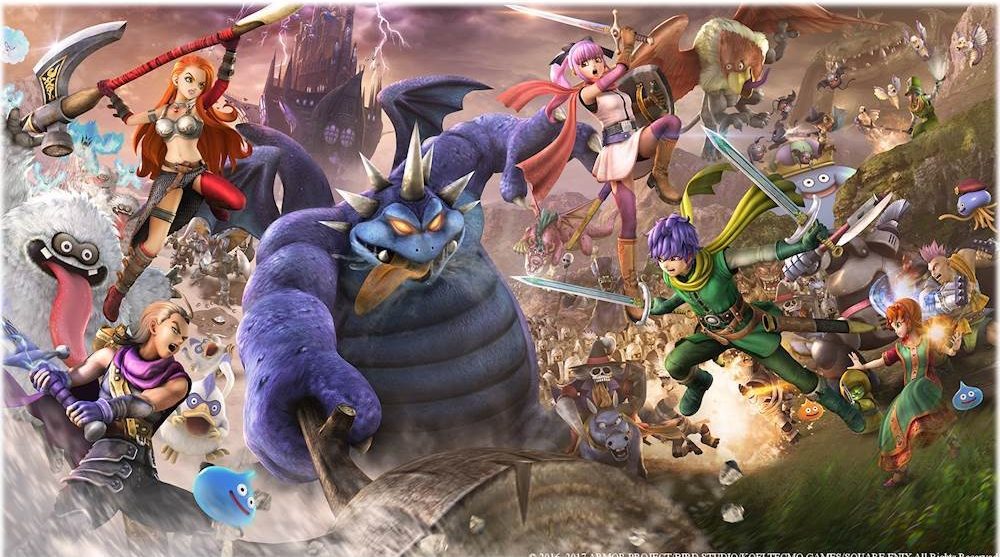 It seems that the Nintendo Switch struggles to run Dragon Quest Heroes 2.

On Switch, the frame-rate targets 30fps - similar to the PS3 version - but the reality is a double-buffer v-sync set-up that sees the game jump between 20fps and 30fps whenever any form of combat occurs. The Vita drops frames too, but it's actually a touch smoother overall in the heaviest stress points. However, the PS4 version is the only release out of the bunch that delivers a strong 'Musou' experience (this title is based on the series made famous by the Dynasty Warriors titles, albeit with additional RPG overtones). General world traversal sees the Switch version improve dramatically, with a nigh-on 30fps lock with just very minor drops - something the Vita can't achieve - while PS4 stays locked at full refresh. However, the issue here is that this kind of game spends a lot of its duration in combat, and the bottom line is that frame-rates here simply aren't good enough. It's not that satisfying when docked, while performance nose-dives still further in portable mode.

Based on the comparison, the game likely uses assets from the PS3 version and as such, has lower quality graphics. While the game renders in native 1080p in docked mode on the Switch, the game runs at 30FPS with drops to 20 frames per second during combat. In contract, the PS4 version is almost locked to 60FPS and uses higher quality assets. Performance in Switch portable mode is said to be even worse.

Interesting to note is that the PS Vita version outperforms the Nintendo Switch version during high-impact scenes. Based on this comparison, it seems that we’re looking at a rather bad port on the Switch.

Dragon Quest Heroes 2 is out now in Japan for PS4, Vita and Nintendo Switch. The game is slated for a Western release next month.