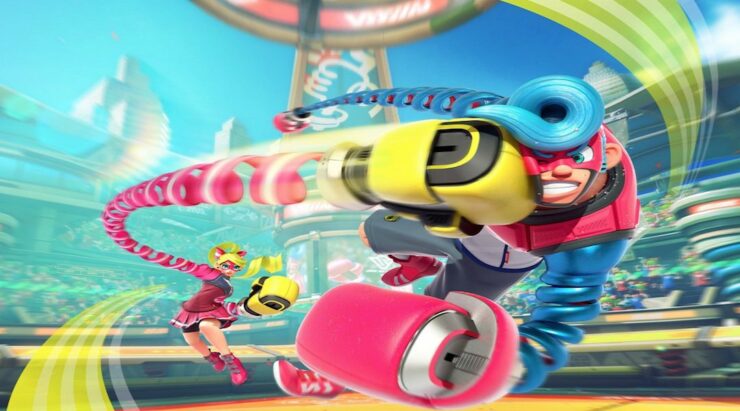 Among the games currently in development for the Nintendo Switch consoles, ARMS is definitely one of the most interesting. The game will come with some very interesting features that will take advantage of the console's unique capabilities. If you are as interested as we are about ARMS, you definitely want to check out some new footage that has been released today.

The new ARMS footage, which has been uploaded today on the Japanese Nintendo YouTube channel, showcases the game's unique and fun experience.

ARMS seems to be a unique combination of elements taken from fighting games, the Punch-Out series, and party games. In the game, players will have to fight against the opponents by using either motion or regular controls.

ARMS launches on a yet to be confirmed exclusively on Nintendo Switch.