Nelke & the Legendary Alchemists ~Ateliers of the New World~ Preview 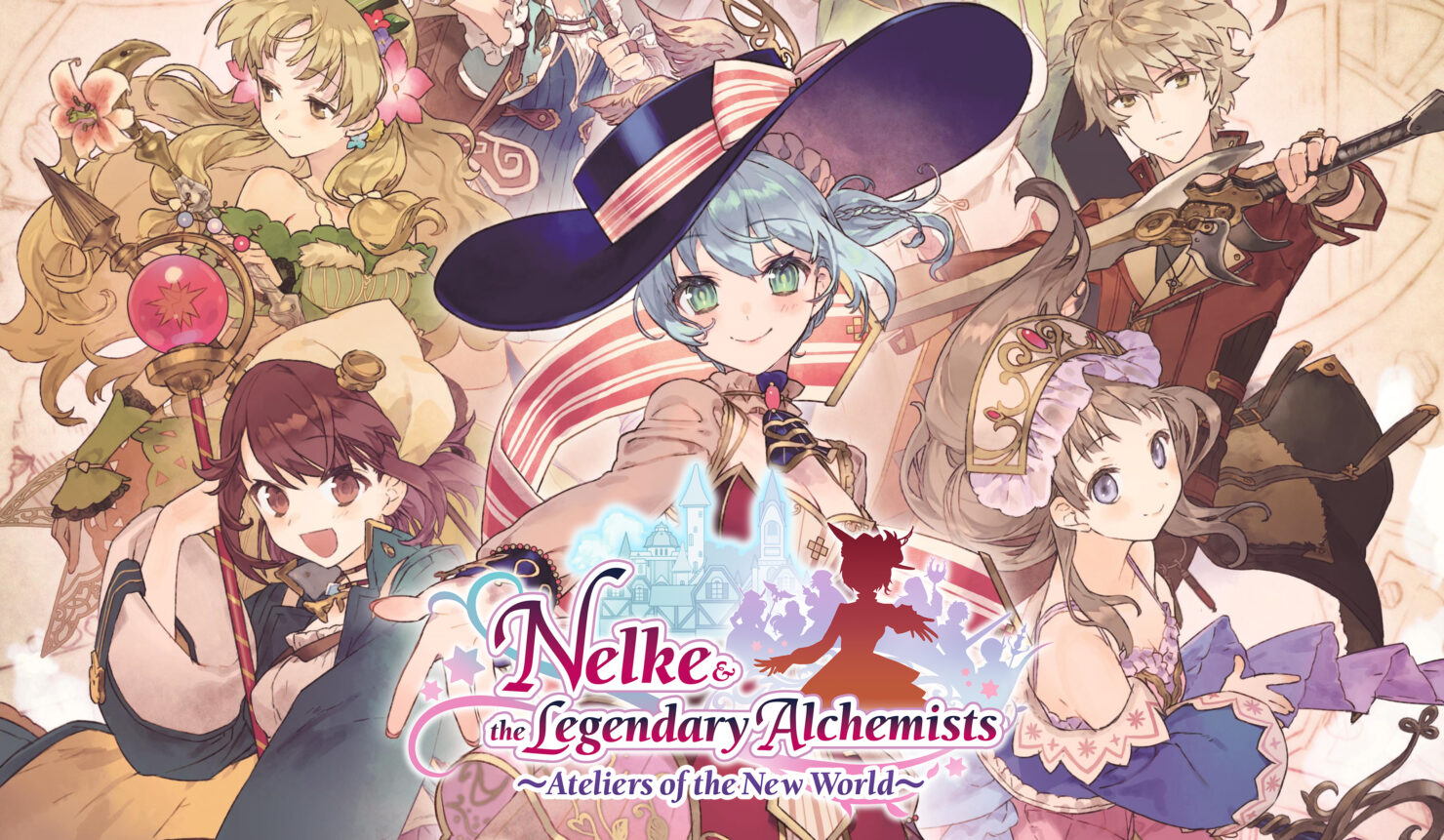 The Atelier Series is twenty-two years old now, despite what Koei Tecmo have been saying recently. Atelier Marie was the first game, released in Japan back in 1997. Sadly, the first five core Atelier games were never released outside of Japan but with the series gaining momentum and popularity here in the west, we're getting games quicker than ever. My first encounter with the series was Atelier Rorona on the PS3 and I've had a few dabbles after that, but we're really here to talk about Nelke & the Legendary Alchemists ~Ateliers of the New World~.

Francesco is normally our go-to guy for the series, having reviewed the previous three games in the series: Sophie, Firis and Lydie & Suelle. However, this is actually a spin-off from the series and one that seems to be custom designed for me. I love Strategy & Simulation games but I'm also a huge fan of JRPG's and at a recent hands-on event with the game, I got to see exactly what it has to offer. 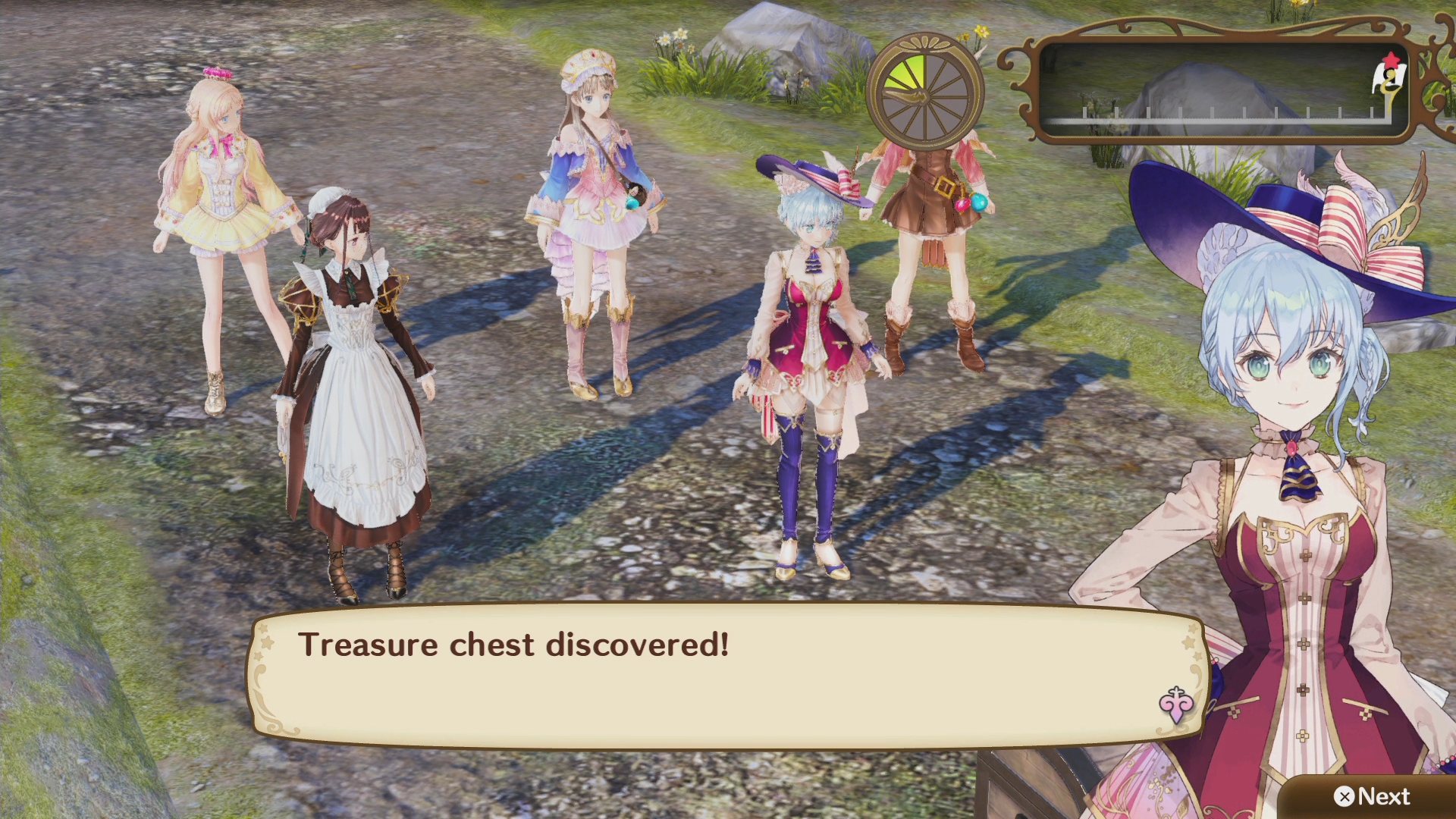 Do you remember Recettear? If not, go play it while waiting for this. Why? Well, the game that Nelly and the Worthwhile Necromancers reminds me of most is Recettear. Only, this is considerably more expansive, expanding beyond just one store. In a turn on events, the game doesn't actually put you in the position of an alchemist or an alchemist in training. You are Nelke, a person who is completely useless at alchemy. On the other hand, she is the daughter of a rich aristocrat who has decided to get into the family business of town development and management.

The family must have a good track record because even from the very start when the town consists of one huge mansion for Nelke and a bunch of tents for the townsfolk, of which there are around fifty to start with. Nelke is a selfish git, surely she could have let people live in the spare forty or so rooms of her mansion? She did just say her job as an aristocrat was to make the people happy.

But in all seriousness, the story behind the game is in keeping with the Atelier universe. Protagonists are always good and friendly, Nelke is the same - even if she won't share her mansion with the tent-living plebs. She has two tasks that run throughout the game. First and foremost, she has to help the town grow both in population and financially, as well as keeping the people happy. Second, she has to solve the mystery behind the Granzweit Tree. A mystery that is still mysterious to me. I got to play around an hour and half of the game during a recent event.

During this hour and a half, the introduction did take up a bit of time, with the tutorial taking up even more. I ended up skipping half of the dialogue to get to the game part of the game. Anybody who has played a JRPG knows that this is always going to be a major element. The tutorial was able to fully explain the town building element. You'll be building farms, shops and more, as well as assigning characters to work at these locations, choosing what they grow, sell and more. 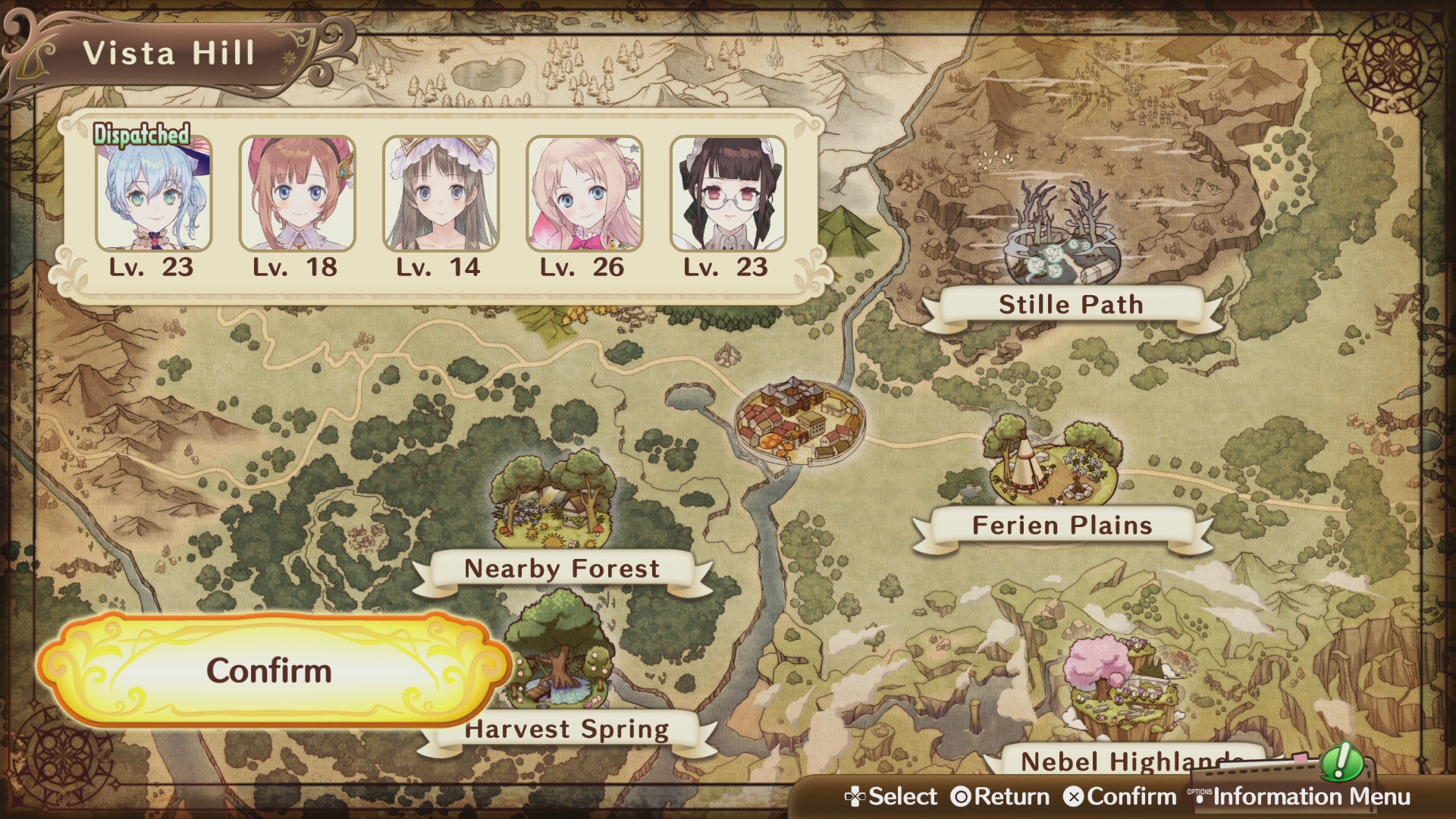 But Jeff Lynne's Electric Light Orchestra wouldn't be an RPG-Simulation hybrid if it didn't have more than the town building and shop/farm management. Another core element links right into the RPG side of things. The game will feature a wide range of characters, many making an appearance from previous Atelier games and you can build your relationship and form friendships with these characters, you can do this just by talking to them but also by doing favours. Naturally, the vast majority of these characters are alchemists.

So to get money for your town, you're going to want to get friendly with these alchemists and have them set up and start synthesizing special items to sell. Each of alchemists also has their own specialisations, so you're going to want to manage what they're synthesizing correctly. You don't want somebody who's good at making magical weapons brewing your beer, it'll end up tasting a bit sharp. Increasing your friendship with them seems like it'll open up other opportunities as well.

All of this will work with your core aims in developing the town. These come in the form of official tasks from your father, such as growing the population, generating a certain amount of money and such as that. These do have deadlines though, so it does seem that you can fail. Working alongside these are sub-tasks that can offer a nice boost. One example I saw was to sell a certain number of beers within the next five days. Hitting this would offer a nice boost to the population, letting you get a third of the first official task in one fell swoop.

Not only will you be working with the characters in town, you'll also be taking them on 'investigations'. Honestly, I think 'investigate' is the wrong word, adventure seems more reasonable. These investigations have you going to a different place on the map, such as the nearby forest, and travelling down a path. First, however, you'll need to pay to actually unlock these paths. Each area seems to have increasingly difficult paths which cost more to unlock but offer more rewards. 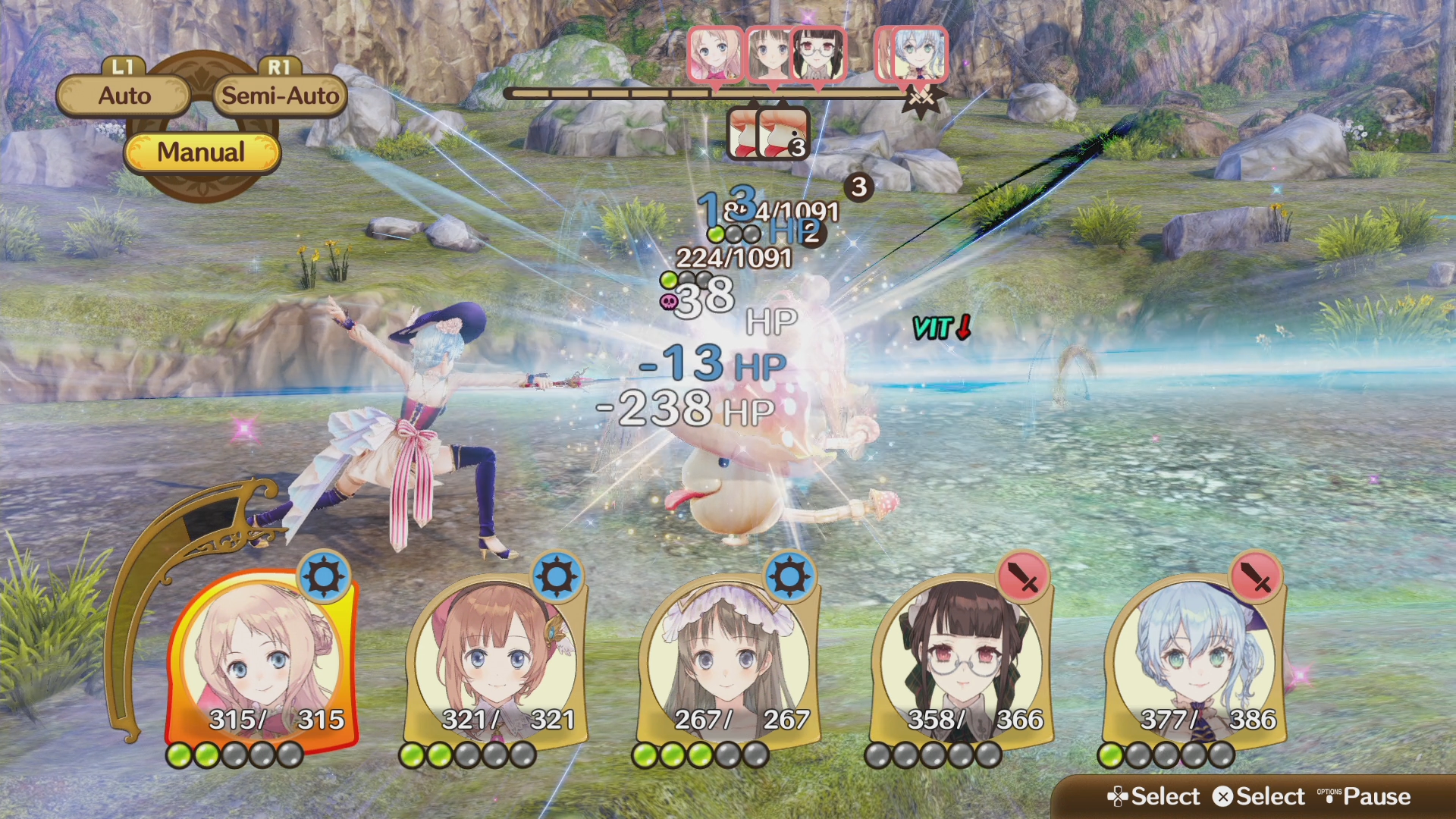 While on these paths you'll likely be picking up random items, you'll definitely be fighting monsters and you will be opening a treasure chest if you get to the end. "Why is that an if?" I hear you ask. Well, brain-worm, it's an if because in what is also a series regular, you have to keep an eye on your action gauge. Actually picking up items and battling monsters, which uses an Active Time Battle (ATB) system, doesn't use your action gauge, but walking or running does.

Walking naturally has you travelling slower and you'll be able to spot the random items on the ground. However, you'll find yourself travelling a much smaller distance for how much of the gauge you are using. Only walk, you'll rarely - if ever - find yourself reaching the treasure chest, but you will collect more items along the way. Running uses the same amount of gauge but you're travelling faster. You won't be picking up any items along the way, but you'll hit the chest. It's finding the balance between the two that is ideal. It does seem there will be elements within the game that can raise and lower the gauge.

No matter what you do, you'll find yourself facing monsters. You can take a party of up to five characters on the investigations, each with their own abilities and styles, and face increasingly difficult challenges. The game does tease a fight with larger boss monsters too. As you may expect, the characters do generate experience and levels while facing these monsters, so you may find yourself choosing a core team or actually alternating between a wider group of characters to increase your options.

You may find that increasing these options will be invaluable. You don't actually directly control every character in battle. While I don't actually remember the exact terminology, characters are divided into two types. I'll call them active and support. Active characters, you choose what attack to use and which enemy to target. Support characters still take their turns as directed by the ATB system, but you don't directly choose their move. These characters can both attack and, as you may expect from my name for them, support your team with other abilities like healing. 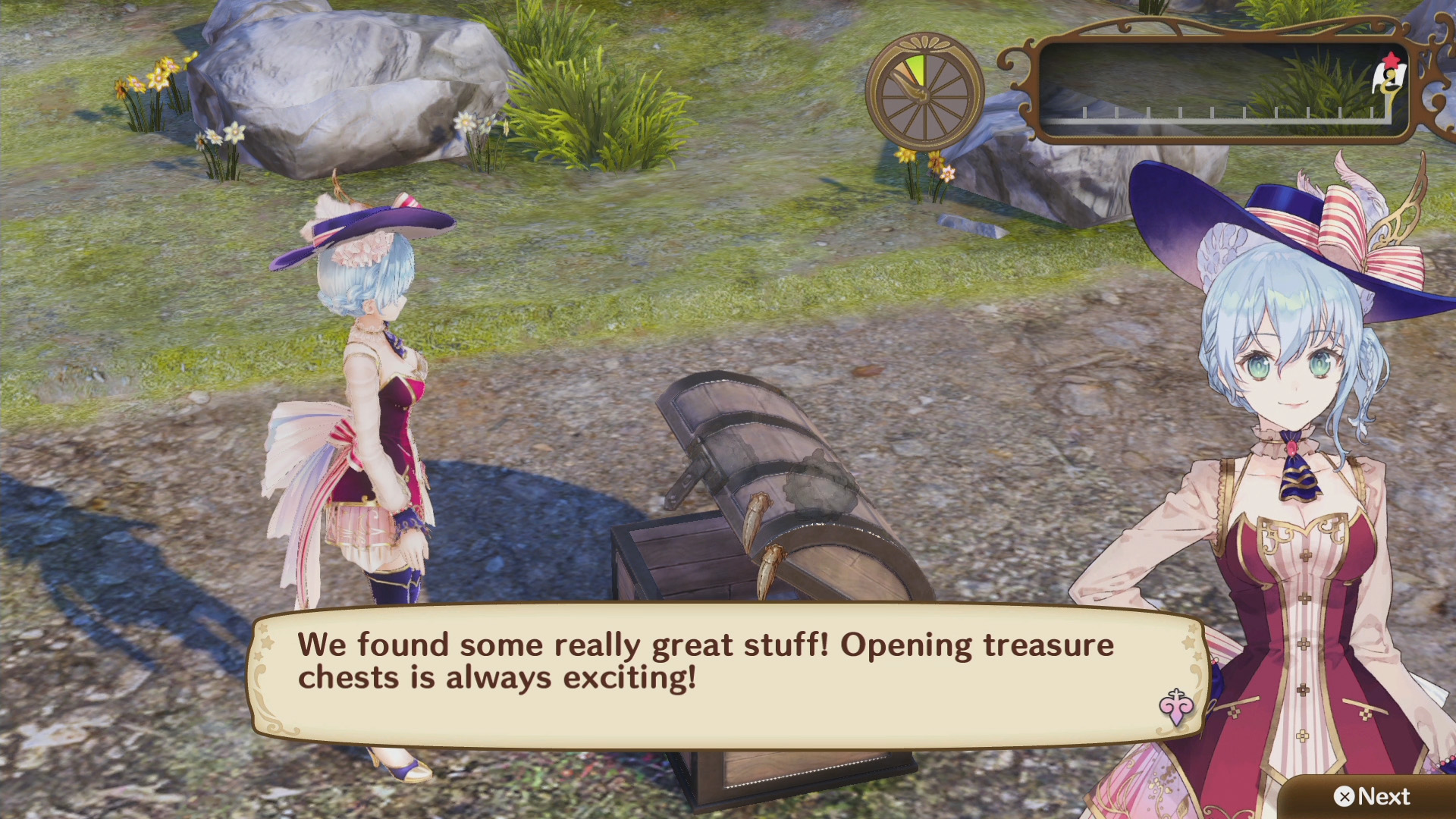 You know what, I'm really looking forward to Nelke & the Legendary Alchemists ~Ateliers of the New World~. The city building and management aspects instantly cater to the worm living in my brain that loves simulation games. It's the same worm that has me jumping on Capitalism Lab quite frequently. Not only that, it's an undeniably attractive game, everything is clearly displayed, explained and has a lovely Animé style that looks great no matter the format. It also offers multiple paths for you to go down and allows you to continue after the core story is complete.

The PS4 & PC versions will run at 1080p with the Nintendo Switch version running at 720p. That's the only corner cut, with the game being identical in every other way and even with the cut, it looks great. The best thing is that you don't have long to wait. Nelke is coming to the PC, PlayStation 4 and Nintendo Switch on the 29th of March in Europe and the 26th of March in the US.