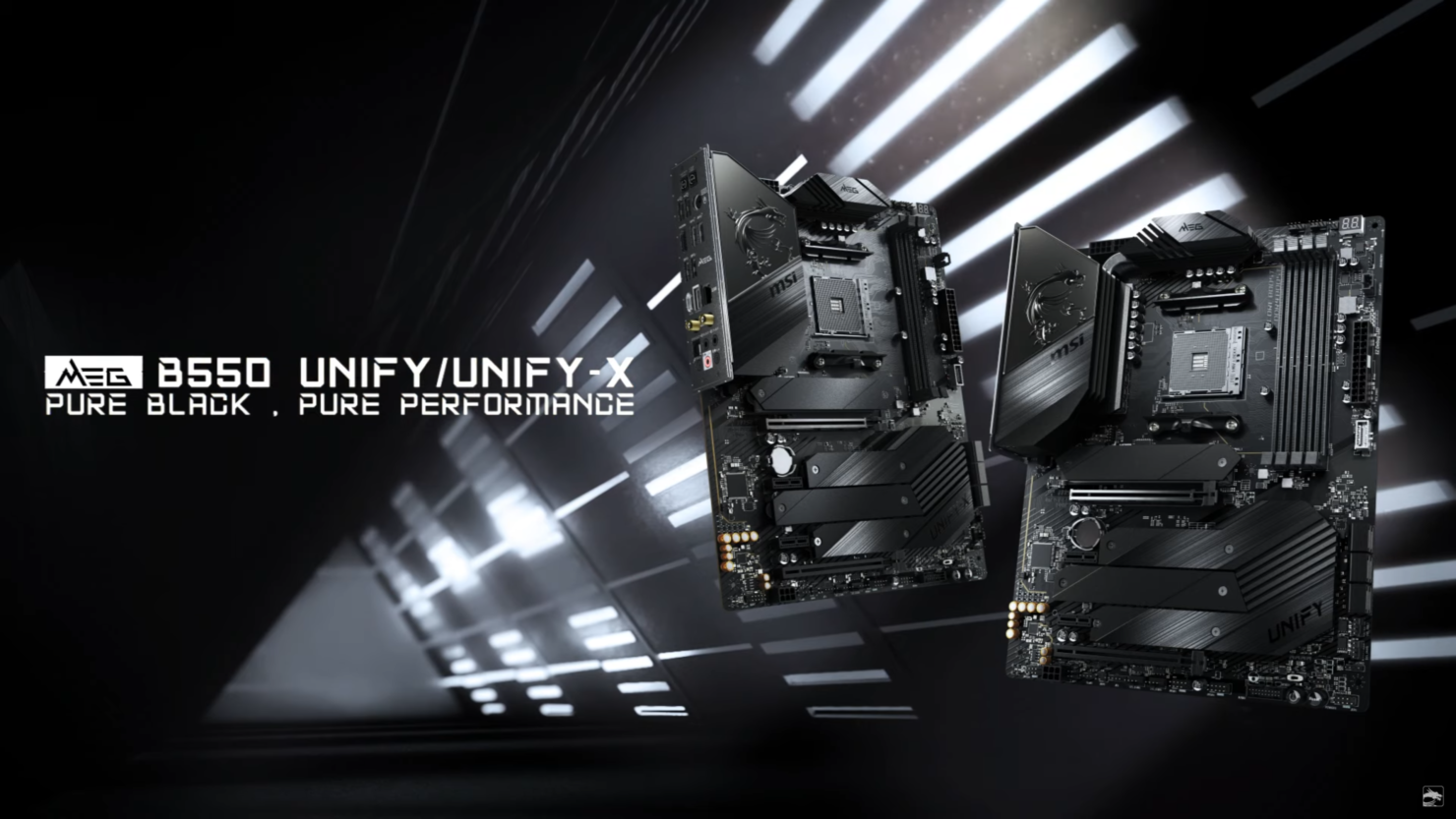 MSI has officially announced its brand new and flagship motherboards based on the AMD B550 chipset, the MEG B550 Unify series. The MSI MEG B550 Unify motherboards are outfitted with a design that's ready for overclocking and fully supports AMD's Ryzen 5000 Desktop CPUs that will launch next week.

The MSI MEG B550 Unify series of motherboards are not new to us. We were the first to talk about the motherboards in two of our exclusives. Today, MSI has officially lifted the curtains off the B550 MEG Unify motherboards and provided us with some more details on how well it overclocks and what users can expect in terms of performance when coupled with the AMD Ryzen 5000 Desktop processors.

Still haven’t decided which motherboard to pair with the upcoming #Ryzen5000?
Take a look at the new MEG B550 UNIFY, an exceptional motherboard in the top-end B550 segment, and is now joining the roster of MSI B550 lineup.

Coming to the specifications, we first have the higher-end MEG B550 Unify-X motherboard. This is going to retail at a price of around $299 US which puts it in the premium category considering that it is based on the B550 chipset. Talking about the features, the AM4 CPU on the board is powered by a 14+2+1 direct power design which makes use of 90A power stages. Two 8-pin connectors are used to route power to the VRM and the socket. Everything about this motherboard screams high-end from its extreme VRM design to its server-grade 2oz copper PCB which is made up of 6 layers. The boards will feature the latest BIOS which will fully support AMD's Ryzen 5000 Desktop CPUs out of the box.

MSI is targetting this motherboard at overclockers which is apparent from its 2 DIMM design. You can expect the motherboard to feature support for the fastest DDR4 (up to 5800 MHz) DIMMs out in the market but also expect to gain much more performance out of them with overclocks. To cool the VRMs, MSI is using a dual heatsink block design with an aluminum cover. The heatsinks are interconnected with a heat pipe that channels heat equally around the heatsinks so they can be cooled off from airflow within the case.

The MSI MEG B550 Unify retains all the features of the X model but comes in at a lower price point of around $279 US. The reason is that the motherboard will make use of four DIMMs instead of the 2 DIMM design on the 'X' variant. The 'X' variant is more fine-tuned for overclockers and hence will have a slightly higher price. The motherboard also supports up to DDR4-5100 MHz (OC+)

With that said, the MEG B550 Unify looks like an exceptional product in the high-end AMD B550 board segment. For overclocking, MSI demonstrated both the CPU and the memory overclocking capabilities of its MEG B550 Unify series motherboard.

For CPU overclocking, Legendary overclocker, TOPPC, pushed the AMD Ryzen 5 3600XT CPU to an impressive 6155.35 MHz with LN2 cooling on the B550 MEG Unify motherboard which is a stunning overclock for a B550 motherboard.

For memory overclocking, MSI's in-house overclocker, Kovan Yang pushed the DDR4 memory to an insane 6536 MHz clock speed on the MEG B550 Unify-X motherboard. The platform featured AMD's Ryzen 7 PRO 4750G APU and the timings set for the Crucial Memory models were 20-27-27-58-127-1. The motherboards are expected to hit store shelves in the coming month of November.