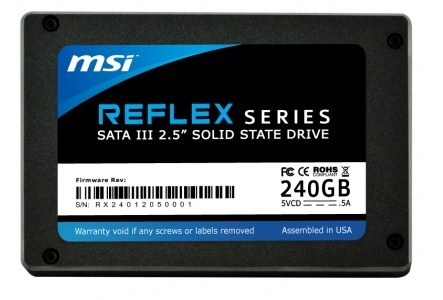 MSI, A leading manufacturer of Motherboards and Graphic Cards seems to be entering the client SSD market with its new Reflex Series, its first SSD's equipped with the LSI-SandForce SF2281 controller and 25 nm synchronous NAND flash.

We had earlier reported about the possible existence of these SSD's last week though now it has been confirmed, its just the launch date and prices which are yet to be reported. The Reflex Series SSD's would come in three variants: 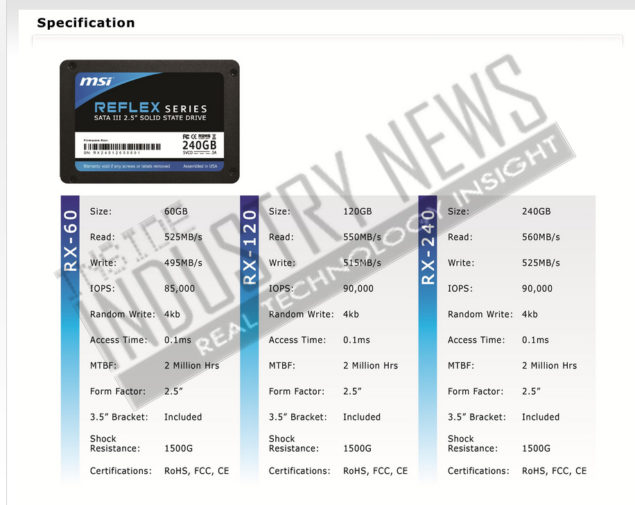