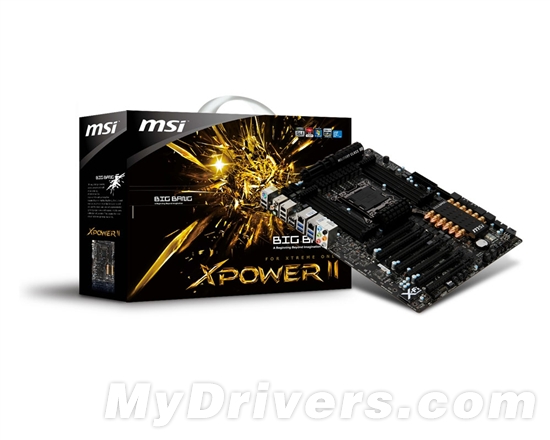 With no further delay, MSI has announced to launch its X79 variant of their flagship Big Bang motherboard series, the Big Bang-Xpower II for the current Sandy Bridge-E 2011 socket processors.

Starting off, the board comes standard with an overclocking utility known to MSI enthusiasts as DrMOS II, coupled with  super ferrite chokes, Hi-C and solid state capacitors for increased life of the board over long periods of times as well as stable and yet extreme overclocking.

The guys had teamed up with an overclocker by the name of Jon 'Elmor' Sandstöm to get their ideas rolling as well as the needs and wants of every enthusiast overclocker to be heard out. 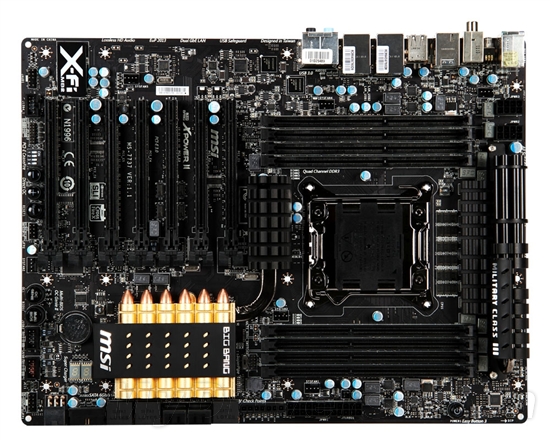 No details have been specified on what kinds of features that will be included or what would they do yet but we do know that the board supports 4 way SLI and both Quad CrossFireX! All the PCI-E lanes on the board are Gen 3, helping one maxing out their GPU performance.

For multi-GPU benchmarking though MSI has made it possible to turn them on and off with something called PCI Express CeaseFire. The PCB is black over all with the heatsink in terms of thermals are kept all of a passive air cooled design.

Availability is expected to be towards the end of January and price has been quoted around the 450 Dollar mark.