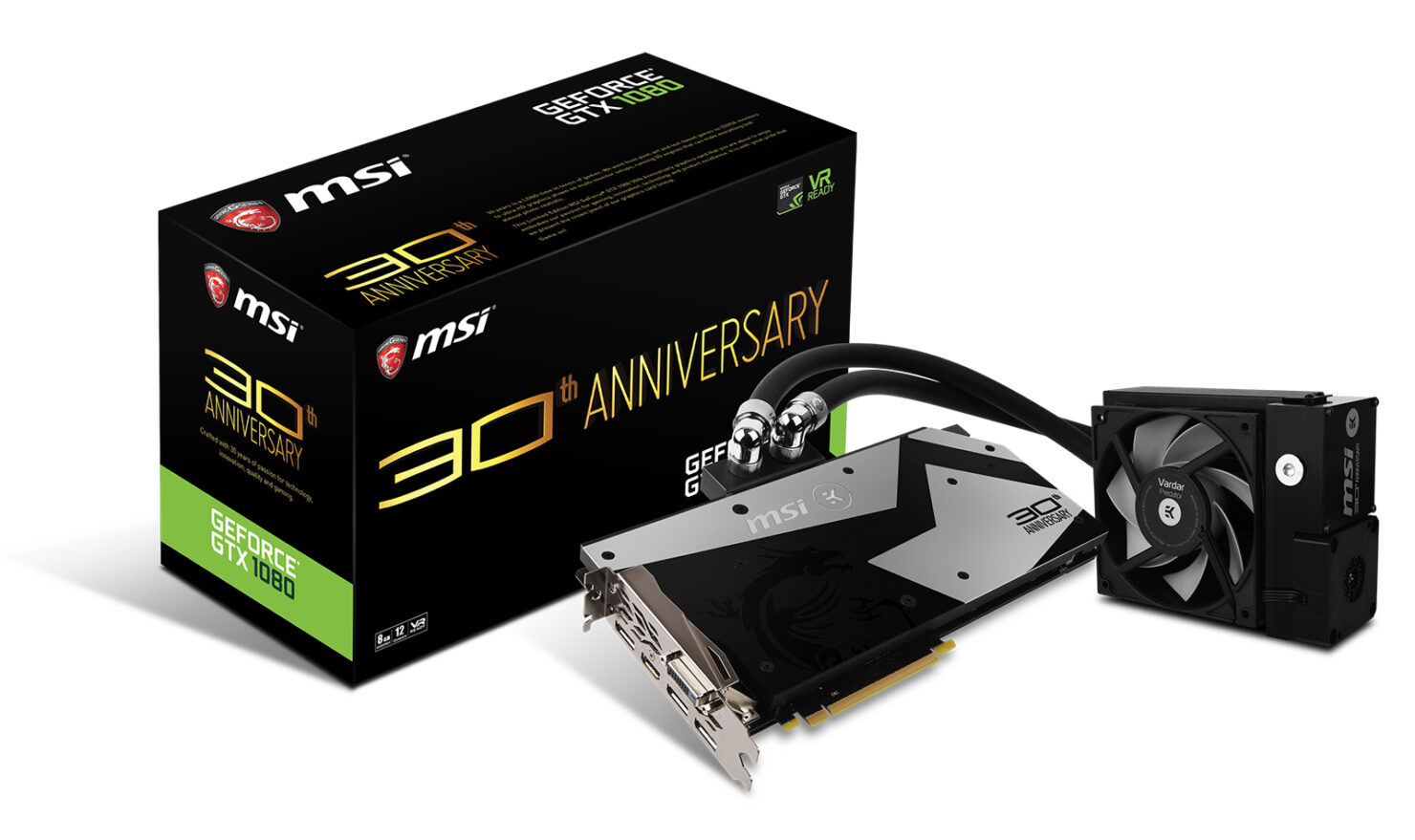 To celebrate its 30th year anniversary of providing cutting-edge PC hardware and components to propel the computer industry, MSI has decided to make its celebration worthwhile. The manufacturer has thus introduced a limited edition NVIDIA GeForce GTX 1080 with a liquid-cooling solution, and it comes without your traditional air cooler, making the celebration ever so special.

In order to celebrate its 30th year anniversary, MSI has teamed up with notable CPU and GPU cooling solutions provider EK to provide gaming enthusiasts with a limited edition GTX 1080 GPU. This latest GPU comes with a custom designed EK waterblock and is infused with RGB LED lights that can be set to any of 16.8 million colors by using the MSI Gaming App.

The gaming prowess of NVIDIA’s GTX 1080 is known to everyone who is keeping close tabs at the PC hardware and the PC gaming industry. Thanks to its 8GB GDDR5X video frame buffer, you can effortlessly render the most detailed textures at the 4K resolution. The GPU also comes completely assembled in a closed loop liquid cooling configuration that is covered by warranty and maintenance-free. The backplate incorporated on the GPU not only provides additional strength to the GPU, but will also remind gamers how far MSI has come in this industry as the company’s anniversary year has been prominently printed at the rear side of the graphics card.

The base clock speed of the limited edition GPU is running at 1721MHz, while the Boost clock speed takes the frequency up to 1860MHz. There are a total of three DisplayPort options, one HDMI and one DVI-D connector. Its thin form factor also means that you will be able to accommodate a multi-GPU solution in your chassis, but the bulk of the actual cooler might prohibit you to do so.

MSI has not revealed pricing details of its limited edition GTX 1080 graphics card, but if the company is going to be celebrating its birthday in style, then you can rest assure that the product isn’t going to come cheap.