Below are the names of every confirmed character from the upcoming Mortal Kombat game, there are a total of 28 characters but if you throw in 3 DLC characters (Kintaro, Scarlet and Kenshi) and 1 unlockable PS3 character namely Kratos this makes a total of 31 characters for the game and 32 for the PS3.

The line up shows some the return of some long missed and forgotten favorites making a come back after being neglected in the PS2 version of the Mortal Kombat games. 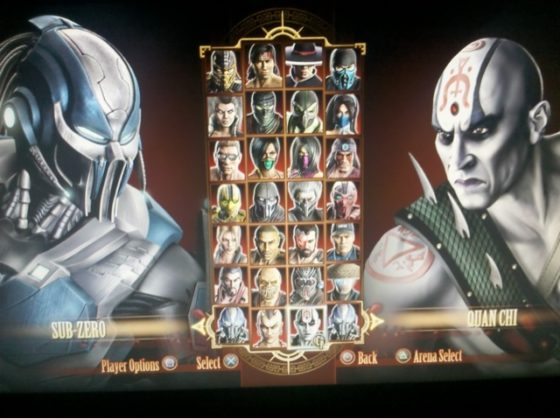 Mortal Kombat 9 and Portal 2 on the PS3 will definitely make this a month to remember for PS3 fans everywhere, MK 9 is giving us the use of Kratos and Portal 2 is a whole other story of awesomeness on the PS3. Mortal Kombat 9 will hit shelves on 19th April 2011 in the US and 21st April in EU.