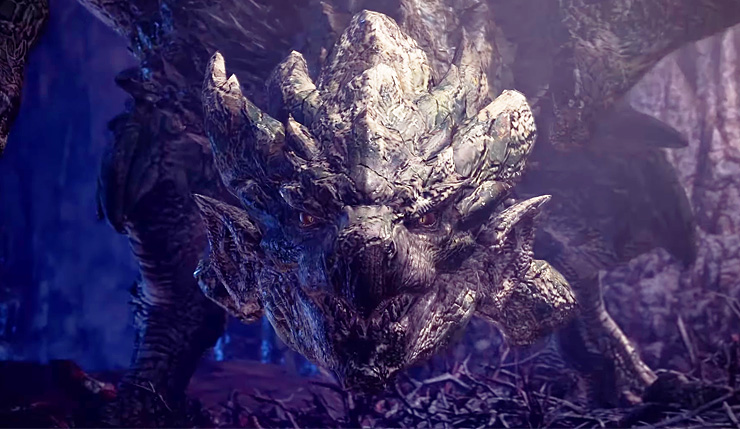 Capcom will be showing off their ambitious Monster Hunter World: Iceborne expansion at E3, and they’re whipping up hype prior to the big show with a new trailer. This one mostly focuses on the expansion’s story, although we also get a peek at some fresh monsters, including the new Shrieking Legian and some intimidating dragons. Check the trailer out, below.

Looking promising! I actually like snow-and-ice-themed levels, and some of the new monsters look like they’ll be a handful. As the name implies, Monster Hunter World: Iceborn takes players to the frosty land of Hoarfrost Reach, which is nearly the size of the entire original game. Here’s the official rundown:

Monster Hunter World: Iceborne picks up from the end of the original game, with  players joining forces with the Research Commission once again to explore the undiscovered new land of Hoarfrost Reach, which will be the largest map in the game. Following an unusual sighting of Legiana from the Ancient Forest, the team journeys across the waters to the new locale. As pioneers, the group soon sets up a new base camp in Hoarfrost Reach called Seliana, which serves as a warm haven with resources to prepare them for the challenging quests that await.

Monster Hunter World: Iceborne will introduce new monsters as well as returning series favorites. Tigrex, a frenetic creature familiar to fans of past Monster Hunter titles, joins Iceborne with its powerful roar and unpredictable moves sure to keep hunters on their toes. Shrieking Legiana, a newly discovered extreme variant of Legiana from Monster Hunter: World, is covered in a white frost which it uses to freeze the air around it and ferociously attack hunters.

Monster Hunter: World is available now on PC, Xbox One, and PS4. The Iceborne expansion arrives on September 9 at a price of $40.