Here’s Why We Need A Modern He-Man Game

He-Man is likely one of the most iconic action heroes of our time. Not just historically, but even currently. The most powerful man in the universe has survived extinction since 1976, appealing to the imagination of multiple generations by being both generic and providing a true sense of wonder. That’s why He-Man, and of course She-Ra, should have their own modern open-world RPG. 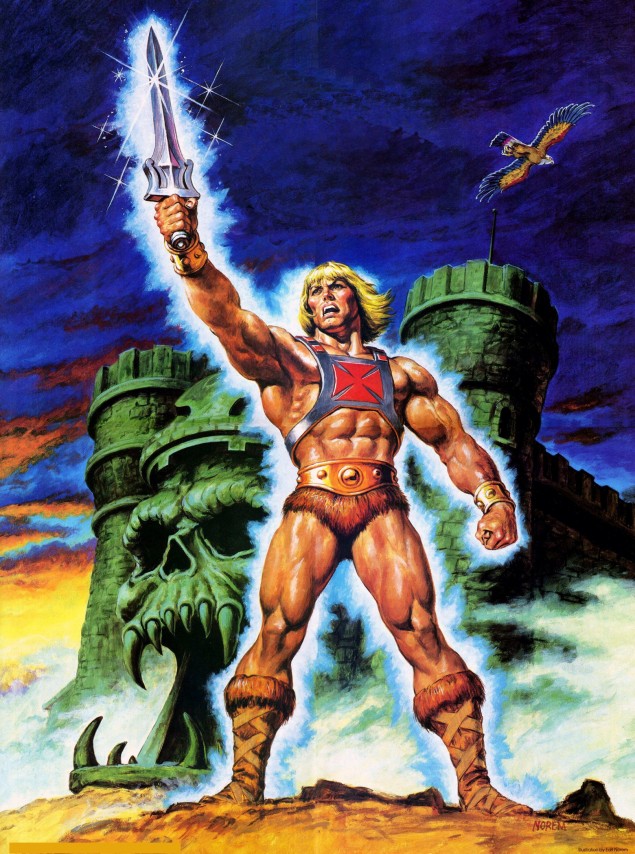 I have the powah!

Prince Adam of Eternia, son of King Randor and Queen Marlena, is a symbol of strength, integrity and of purposeful action. Underneath that gorgeous blonde bowl-cut is a complex and admirable individual that we can all relate to. Though we ourselves may not have the powah like he does. The character himself, He-Man the Master of the Universe, is a very well constructed character, with a rich back-story and surprisingly elaborate relationships with the other characters. He would be perfect for a protagonist in his own open-world fantasy RPG.

He-Man has been revived twice already, evolving and becoming an even more iconic character for both children and adults alike. Us in the older generations that remember the original cartoon might still find enjoyment in the silly yet stimulating narratives. Stopping Skeletor and hearing his hilarious one-liners were always a highlight of my childhood. Remember how silly yet extensively intricate Cringer's character was/is?

When DC Comics took on the monumental task of bring back He-Man for the third time, they decided on a much darker and more adult demeanor. It brings back the other-worldly adventure and intrigue that originally drew us to the series. And the underlying vitality that DC Comics and Keith Griffen bring to He-Man and the Masters of the Universe sets the stage for one hell of a story. Even the older series from the 1980’s has a more elaborate and interesting allegory than a lot of games out there.

There is already a tremendous amount of lore and backstory to pull from. The darker tone set by the new comics would be the perfect starting point to add even more to the mythology, though the back-story and underlying mythos is largely already there, ripe for the picking.

Even with the simplistic, yet classic, story of good versus evil, there are also deeply meaningful character interactions that would translate well into an RPG. The amusing exchanges between Duncan and Orko were more than they seemed, as they developed a sort of unusual friendship throughout the original series. The care taken character development is what sets it apart from a lot of children's shows of the time, even being more cohesive than a lot of modern cartoons.

One could even see the dichotomy between Prince Adam and the alter Ego of He-Man being an interesting element to include, where some situations require a bit more diplomacy as the veritable Prince while others need the stronger, and more direct, result from He-Man. Even better would be the interpretation of his less violent nature. What options could one have instead of the usual gruesome moments of violence.

There have been some interesting games in the past, though they were half-inspired efforts that didn't quite capture the real essence of what He-Man really represents. He-Man: Defender of Grayskull for the PS2, Xbox and GameCube was an action-adventure that lacked one of the most important elements; fun. Even the mobile He-Man: The Most Power Game in the Universe missed the mark, only barely scratching the surface of a rich and fertile franchise. There were a lot of missed opportunities in those early attempts.

Perhaps even a GTA style game without any overly complicated RPG elements, letting you follow along a story while still giving you free reign of Eternia, and maybe even parts of Earth. Think about it, this retro hero is a great candidate for a video game.

He-Man could have amazing potential as the protagonist in a video game. He’s more than just a mere icon, and He-Man has survived the usual cruel descent into irrelevancy, being revived as a modern hero. The whimsical nature of the series could do well in a game, as would the fantastic quips coming from Skeletor every time you foil his plans. The trick is always in translating the fundamental essence of an already established character in other media to that medium. But with the right touch, it could be a fantastic experience.